He is often described as the central point of European culture, the Germanic da Vinci whose distinct achievements inspired comparisons to such historical greats as Plato, Homer, Dante and Shakespeare. Now imagine a man that the ego of Napoleon Bonarparte enthused about, the emperor famously remarked after meeting him: "You are a man". His name is Johann Wolfgang von Goethe, whom the political theorist Germaine de Staël described as having: "the chief characteristics of the German genius".

Goethe was a polymath who excelled at everything he did. He is more famous for his literary work but he was also a scientist, social critic, philosopher, politician and a statesman.

As a writer he sits atop the pantheon of German literature whilst his contribution to teutonic theatre in Weimar saw it become recognised and appreciated across nineteenth century Europe.

Napoleon Bonarparte was impressed to compare Goethe with a giant of French literature and was quoted as saying: "It seems to me that you can look better than Voltaire's, and that may become the noblest thing in your life".

There was a mutual respect between the emperor and the writer which was illustrated with this Johann Wolfgang von Goethe quote about Napoleon: "His life was the stride of a demi-god, from battle to battle, and from victory to victory. It might well be said of him, that he was found in a state of continual enlightenment."

The writing of Johann Wolfgang von Goethe inspired philosophic giants from Carl Jung to Cassirer & Nietzsche to Schopenhauer. His influence was oft felt beyond the realms of literature as the author and professor of psychology Daniel L. Robinson pointed out: "Hegel and Beethoven were born in the same year. One set Goethe to music, the other to philosophy".

Indeed, such was the inspiration derived from Goethe's literary output that great composers paid tribute by setting his poetry to music with Mozart, Franz Schubert, Pyotr Ilyich Tchaikovsky and Felix Mendelssohn all contributing to take his works to another artistic level.

Goethe also studied law at Leipzig University and after graduating in 1768 he practiced a reformist adaptation of law in his homeland. He somehow still found time to articulate his thoughts and put quill to parchment as a playwright, poet and novelist.

In 1774 Goethe penned the novel "The Sorrows of Young Werther" which attained much celebrated international success. Napoleon read Werther multiple times and the book took pride of place in the emperor's campaign library.

The writing style of Goethe would evolve during his lifetime, The Sorrows of Young Werther was influenced by his interest in romanticism. Whereas in later years his love of the classicism genre would dominate the pen of Goethe with works such as "Faust" receiving worldwide critical acclaim.

In 1775 Goethe accepted a position as a civil servant when the Duke of Weimar appointed him as his chief advisor to the government. He reveled in the increased responsibility and the country reaped the benefits of his foresight and critical thinking.

Whilst in office. he headed the War, the Mines and Highways commissions. By 1782 Goethe took on the role of Chancellor of the Duchy's Exchequer which effectively made him the most powerful man in the kingdom for the two and a half years he served in this post.

Goethe also found time to pursue his scientific interests with important contributions in botany and optics. In 1790 he published his botanical study "Metamorphosis of Plants". In 1810 he published "Theory of Colours" which illustrated his analysis on optics, light and colour.

1794 was an important year for Goethe as he was introduced to the poet and dramatist Friedrich Schiller. Together they became titans of German literature as their collective works transformed the Weimar Theatre into a world renowned venue for thespian performance.

Johann Wolfgang von Goethe was a man for all seasons regardless of the subject. He transcended his peers in every realm of learning he adopted. The American philosopher Ralph Waldo Emerson described him thus: "a thousand men seemed to look through his eyes. He learned as readily as other men breathe".

Indeed, Johann Wolfgang von Goethe was driven by an insatiable curiosity and lust for knowledge. His extensive body of works shaped the era known as Weimar Classicism. The author Humphry Trevelyan was impressed to say: "Goethe was a universal genius such as even Greece had not known, except perhaps (who can say?) in Homer".

He was considered to be the Renaissance Man of nineteenth century European culture. His legacy is immense, making it a pleasure and a privilege to research and write about such a remarkable individual who introduced and gave meaning to many widely accepted maxims such as: "Doubt grows with knowledge". So this is my list of 35 of the best quotes by Johann Wolfgang von Goethe.

Friedrich Nietzsche pondered this comparison: "To have travelled over the whole circumference of the modern soul, and to have sat in all its corners — my ambition, my torment, and my happiness. Veritably to have overcome pessimism, and, as the result thereof, to have acquired the eyes of a Goethe—full of love and goodwill"

Friedrich Nietzsche shared his inspirations: "Four pairs it was that did not deny themselves to my sacrifice: Epicurus and Montaigne, Goethe and Spinoza, Plato and Rousseau, Pascal and Schopenhauer. With these I must come to terms when I have long wandered alone; they may call me right and wrong; to them will I listen when in the process they call each other right and wrong"

Napoleon Bonarparte, who was well read on Goethe, famously remarked after meeting him: "You are a man"

Arthur Schopenhauer quoted this from Faust: "My motto has always been: “Thank God, each morning, therefore, that you have not the Roman realm to care for!”"

The physicist Fritjof Capra shared this observation: "He admired nature's moving order and conceived of form as a pattern of relationships within an organized whole—a conception that is at the forefront of contemporary systems thinking"

The German poet Friedrich Hölderlin was impressed to say: "I discovered such a treasure house of human nature in a conversation I had with Goethe. It was the most enjoyable moment in my life"

The historian John Theodore Merz shared this assessment: "Of Goethe it may be said that he created to a large extent the language and style of that which is best in the modern literature of his country. No such supreme influence belonging to a single individual can probably be found in any other German, French, or English writer in our century"

The British politician John Morley described him praisefully: "All Goethe's work, whether poetry or prose, his plays, his novels, his letters, his conversations, are richly bestrewn with the luminous sentences of a keen-eyed, steadfast, patient, indefatigable watcher of human life" 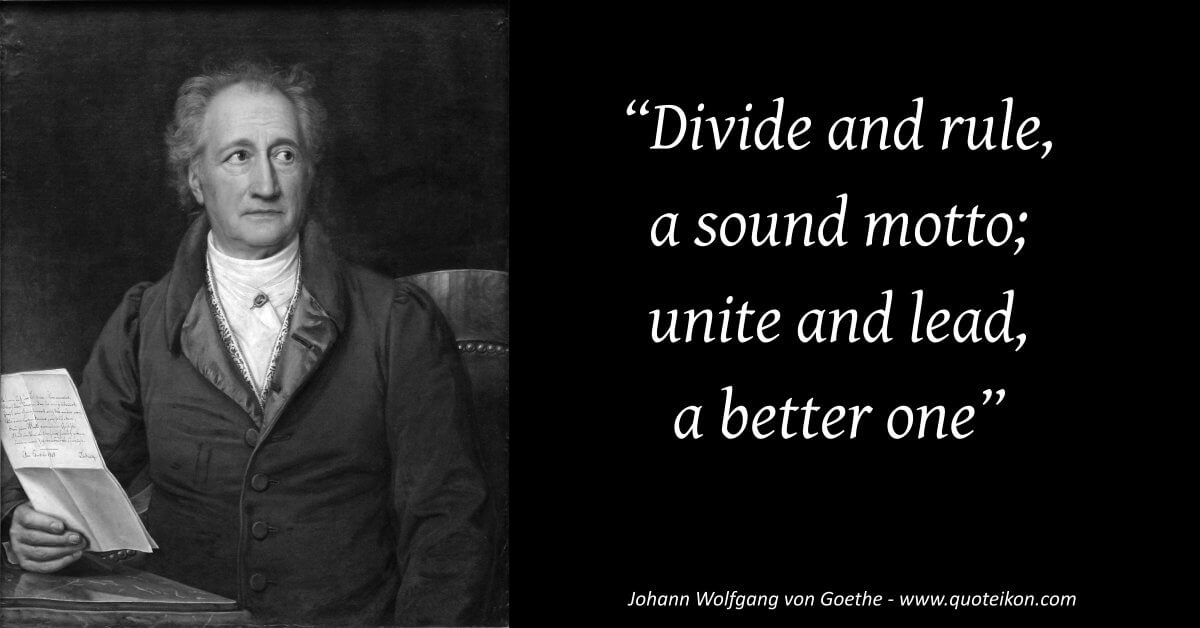