When the commoner William Shakespeare put his quill to parchment it produced silken verses and stories that placed him at the aristocratic pinnacle of the writing world of his day. He has long been considered the greatest English writer of all time and he was mostly responsible for shaping the English language into what it is today.

Shakespeare's contribution to the English language included upward of 1700 new words created and introducing phrases such as "breaking the ice", "foregone conclusion", "heart of gold" and "wild goose chase", seeing his words immortalised forever in the language he so eloquently styled.

It was through his wordplay that his talent shone brightest with the execution of lines that included the likes of: "Cry havoc and let slip the dogs of war" (Julius Caesar), "In my mind’s eye" (Hamlet) and "Wear my heart upon my sleeve" (Othello).

There are hundreds of examples of expression such as these that are still in use today and most people who use them probably have no idea that they emanated from the quill of the Bard of Stratford Upon Avon.

Shakespeare's plays have been acted out more than any other playwright (living or dead) and have been translated into every current worldwide language. Shakespeare is known as the national poet of England with his two most famous poems "Venus and Adonis" and "The Rape of Lucrece" still dissected and analysed by universities and critics alike.

Shakespeare also holds the world record for the number of movies based on his works with 831 adaptations to the silver screen and in another piece of trivia in 1964 Shakespeare was given the honour as the first non royal to grace publicly used British postage stamps.

Not much is known about his personal life but if his writing is anything to go by I imagine he would have been a quick witted conversationalist that would see people hanging off his every word with "bated breath" (Merchant Of Venice) which was another one of his famous expressions.

The artist Vincent Van Gogh gushed with respect as he said this of the great bard: "How beautiful Shakespeare is, who else is as mysterious as he is; His language and method are like a brush trembling with excitement and ecstasy". Shakespeare was a writer with a vision that saw far beyond the mental horizons of a language that did not contain the descriptive adjectives he required, he had the visual ability to resolve the finer details of human situations, both verbally and visually, that when improvised to the stage would command the notice of the full range of audience emotions. The visual imagery he created for stage transcended the barriers of culture and language thus making him the most successful playwright this world has ever seen. As you would expect this literary giant was good for a one liner so this is my compilation of 20 of the best William Shakespeare quotes

The English poet and literary critic John Dryden made this compelling comparison: "Shakespeare was the Homer, or father of our dramatic poets"

English Renaissance dramatist and poet Ben Jonson spoke so highly of him as he was moved to be quoted as describing William Shakespeare as: "He was not of an age, but for all time"

The multi award winning actor Laurence Olivier was quoted as saying: "Shakespeare - the nearest thing in incarnation to the eye of God"

The philosopher Voltaire gave this colourful assessment: "Shakespeare is a savage with sparks of genius which shine in a horrible night"

The poet Lord Byron was not too impressed: "Shakespeare's name, you may depend upon it, stands absurdly too high and will go down. He had no invention as to stories, none whatever. He took all his plots from old novels, and threw their stories into dramatic shape... That he threw over whatever he did write some flashes of genius, nobody can deny; but this was all"

The Naturalist Charles Darwin wasn't a fan either: "I have tried lately to read Shakespeare, and found it so intolerably dull that it nauseated me"

The poet T. S. Eliot was impressed to say: "Dante and Shakespeare divide the modern world between them; there is no third"

The writer Walter Savage Landor felt he was a gift to the world: "Shakespeare is not our poet, but the world's"

The poet John Keats shared this assessment: "Shakespeare led a life of Allegory; his works are the comments on it" 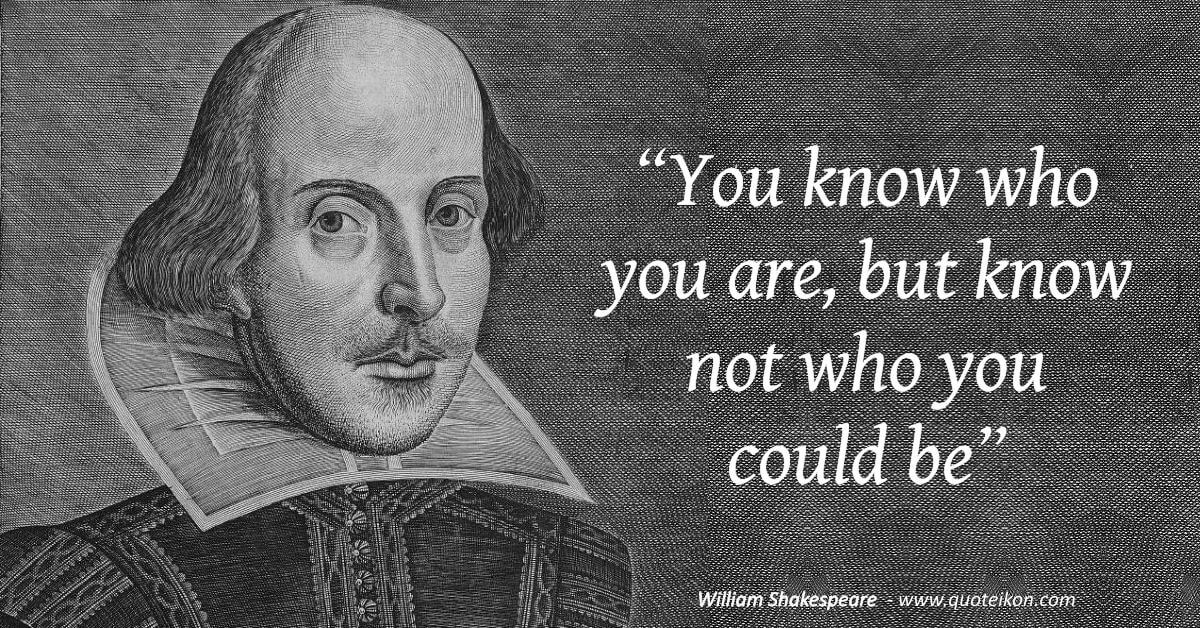