He was the Gallic philosopher whose freethinking predated the French establishments absolutism and religious control. Never one to disguise his feelings he became a perpetual thorn in the side of tyranny that saw him repeatedly jailed and exiled as a pariah of the kingdom of France. His name was Voltaire and his writing continues to this day to send shock waves through the minds of the religiously intolerant.

Voltaire championed the just cause for freedom of speech and often dined on the doctrine of fighting for freedom of religion. He was a man on a freethinking mission that ruffled the collars of the French establishment.

The freethinking pen of Voltaire continued to court controversy until his inevitible incarceration by the French authorities. It was a satirical poem linking the vice of incest to the Duc d’Orléans that saw Voltaire receive an eleven-month stretch inside the infamous Parisian prison known as the Bastille.

Prison did little to dull the acidic tone of Voltaire's literary output. His first play "Oedipe" was penned in the Bastille in 1717. Upon its 1718 premier at the Comédie-Française in Paris it received great critical acclaim.

Voltaire became a renowned eighteenth century celebrity writer, playwright and philosopher. Loved by the learned, intrigued by the masses but loathed by established men. It was little wonder that Voltaire would be behind bars again for his forthright and freethinking expressions.

Voltaire challenged the aristocrat to a duel, however, the influential de Rohan family had other ideas and arranged for Voltaire to be arrested and imprisoned in the Bastille without trial.

A prolonged second jail term in the Bastille was avoided when Voltaire suggested he be banished to exile in England to which the French authorities somewhat surprisingly agreed. This was to prove pivotal in the thinking of Voltaire as he found English society impressive and he was greatly influenced by the literature of William Shakespeare and the constitutional monarchy that granted greater freedoms than were permitted in France.

Upon Voltaire's return from exile he published "Lettres Philosophiques" (about the English) that sparked outrage and public burnings of the book. This forced the pained writer into a long exile to escape arrest and imprisonment.

He spent the next 16 years in the Champagne region of France before moving around Europe at the behest of elites such as Frederick The Great of Prussia. Voltaire was a prolific writer penning many books on history, poetry and politics whilst his polemic prose continued to capture the imagination of a world hungry for free thought much to the angst of the establishment.

Voltaire eventually returned to Paris in 1778 and was greeted as a national hero until his death in May of the same year. His legacy is the story of the 18th century and is regarded as one of the all times literary greats.

Voltaire's polemist writings led to freedoms previously unheard of and he impressed the great and the good with Napoleon Bonaparte quoted as saying about him; "The more I read Voltaire the more I love him. He is a man always reasonable, never a charlatan, never a fanatic".

Both Frederick the Great and Catherine the Great were heavily influenced by his writing as were other great writers like Shelley, Lord Byron, Goethe and Victor Hugo.

Voltaire is still lauded by advocates of free speech but he is often misquoted with the following aphorism: "I disagree with what you say, but will defend to the death your right to say it". Voltaire never actually uttered these words but they were wrongly attributed to him in a 1906 autobiography titled "The Friends of Voltaire" which was written by Evelyn Beatrice Hall under the pen name S. G. Tallentyre.

As a contender for one of the most quoted people of all time I found researching this compilation of 26 of the best Voltaire quotes to be an absolute pleasure.

The French poet Victor Hugo recognised his influence: "To name Voltaire is to characterize the whole eighteenth century"

The historian Will Durant summed him up thus: "Italy had a Renaissance, and Germany had a Reformation, but France had Voltaire; he was for his country both Renaissance and Reformation, and half the Revolution"

The philosopher Bertrand Russell talked of a balanced book shelf: "There's a Bible on that shelf there. But I keep it next to Voltaire – poison and antidote"

The philosopher Thomas Carlyle shared this observation: "Voltaire was the cleverest of all past and present men; but a great man is something more, and this he surely was not"

The poet Charles Baudelaire felt his presence everywhere: "I grew bored in France and the main reason is that everyone here resembles Voltaire"

Wolfgang Amadeus Mozart was not a fan: "I must give you a piece of intelligence that you perhaps already know—namely, that the ungodly arch-villain Voltaire has died miserably like a dog—just like a brute. That is his reward!"

The philosopher Friedrich Nietzsche was unimpressed: "O Voltaire! O humaneness! O nonsense! There is something about "truth", about the search for truth; and when a human being is too human about it- "il ne cherche le vrai que pour faire le bien"- I bet he finds nothing"

The journalist H. N. Brailsford shared this observation: "He is by his opinions, and also by his middle-class origin, the natural leader of an implacable opposition." 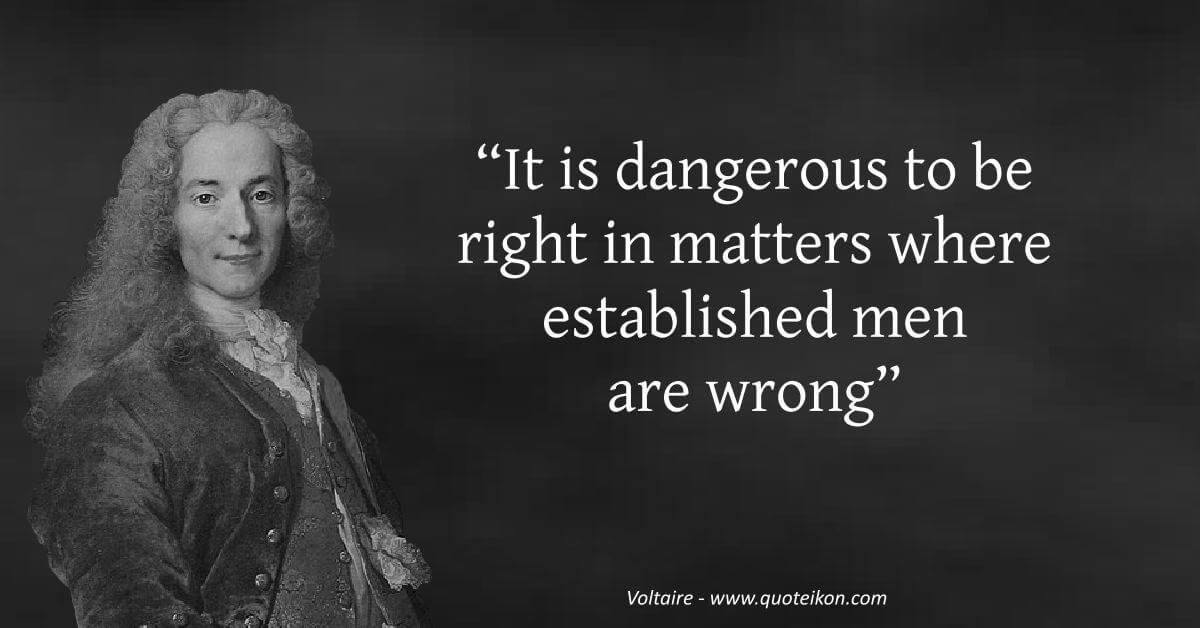