Emerson was at the forefront of the literary transition out of what was a theologian reformation inspired era into a more humanist approach inline with romanticism and, more tellingly, transcendentalism. His was a vision of emphatic individualism and authenticity which has come to dominate the mindset of the American thinking classes.

The thinking of Ralph Waldo Emerson has seeped into the fabric of American culture. It can be found lurking in the sub-conscious minds of individualists whilst driving the forces of authenticity into the philosophical code of self-reliance.

The eloquent pen of Emerson is taught at college level and above, it is prevalent in courses covering American literature, Romanticism and Transcendentalism. On the public speaking circuit, passages from his writing are often cited to highlight an authentication of a vague parallel message by the orator.

Whilst Emerson gave definition to the 19th century U.S. identity his legacy has endured time's passage and is still prevalent in the imagination of the American persona to this day. A true father of the American renaissance, he has bestowed a heritage of literature that a proud nation can look up to with cultural pride.

The Scottish poet George Gilfillan rated him highly: "He is the most original mind America has hitherto produced"

The educator Amos Bronson Alcott recognised the impact of his literary heritage: "He influenced generations of Americans, from his friend Henry David Thoreau to John Dewey, and in Europe, Friedrich Nietzsche, who takes up such Emersonian themes as power, fate, the uses of poetry and history, and the critique of Christianity"

The historian Robert D. Richardson spoke of inspiration taken from this Parisian institution: "Emerson's moment of insight into the interconnectedness of things in the Jardin des Plantes was a moment of almost visionary intensity that pointed him away from theology and toward science"

Professor John Dewey pronounced him as: "The Philosopher of Democracy"

The literary scholar Joel Porte shared this view: "Emerson’s fate, somewhat like Shakespeare's, was that he came to be treated as an almost purely allegorical personage whose real character and work got submerged in his function as a touchstone of critical opinion"

The Indian polymath Rabindranath Tagore appreciated his writing: "I love your Emerson. In his work one finds much that is of India. In truth he made the teachings of our spiritual leaders and philosophers a part of his life"

The activist Mahatma Gandhi described Emerson's writing as carrying this meaning: "The essays to my mind contain the teachings of Indian wisdom in a Western garb"

The author Alan Hodder pondered a channel of Emerson's inspiration: "If we are to judge from the plethora of entries Emerson made in his journals from the mid-forties on, in which he transcribed passages from his Hindu readings or reflected on their implications, he read this particular branch of literature more zealously than perhaps any other during the last few decades of his life"

The Swedish writer Fredrika Bremer was impressed to say: "That which struck me most, as distinguishing him from most other human beings, is nobility. He is a born nobleman"

The writer W.T. Harris shared this simple assessment: "All who saw him were inspired to live more ideal lives"

The English poet Matthew Arnold shared this lofty assessment of Emerson: "The greatest prose writer of the century"

A contemporary philosopher Francis Bowen offered this critique: "We find beautiful writing and sound philosophy in this little work; but the effect is injured by occasional vagueness of expression, and by a vein of mysticism, that pervades the writer's whole course of thought"

The author James Freeman Clarke was more upbeat as he described Emerson as: "A man of pure and noble mind, of original genius and independent thought"

The literary critic Harold Bloom shared this interesting comparison: "The only equivalent reading experience that I know is to reread endlessly in the notebooks and journals of Ralph Waldo Emerson, the American version of Montaigne"

Bloom certainly liked his comparisons: "Emerson was the mind of America, for better and worse, but Poe was our hysteria, our nightmare"

Harold Bloom was not finished as he placed Emerson on a philosophical pinnacle by calling him: "The dominant sage of the American imagination"

The German academic Herman Grimm described him thus: "He is a perfect swimmer on the ocean of modern existence. He dreads no tempest, for he is sure that calm will follow it"

The American poet James Russell Lowell spoke highly of Emerson: "There is no man living to whom, as a writer, so many of us feel and thankfully acknowledge so great an indebtedness for ennobling impulses"

The writer Robert McCrum shared this depiction: "Some of Emerson, stripped of its high-mindedness, is a passionate American frontier howl which, strangely, can also morph into unvarnished Trumpism"

The transcendentalist Theodore Parker saw him as a man who could inspire others: "The brilliant genius of Emerson rose in the winter nights, and hung over Boston, drawing the eyes of ingenuous young people to look up to that great new star, a beauty and a mystery, which charmed for the moment, while it gave also perennial inspiration, as it led them forward along new paths, and towards new hopes"

The author Nelson F. Adkins gave this assessment: "Emerson saw in the art of poetry a process veiled in mystery, and no one fully acquainted with his writings is unaware of the manifold ways in which Emerson approached that mystery in an attempt to explain it"

The philosopher George Santayana shared this assessment: "Emerson broke away from all conditions of age or country and represented nothing except intelligence itself"

The scholar Nasrullah Mambrol spoke of Emerson's influential legacy: "His views of nature and self-reliance not only influenced American literary figures of his own day, such as Thoreau, Whitman, and Dickinson, but also left their mark on European writers such as George Eliot and Nietzsche, as well as the American pragmatist philosophers William James and John Dewey"

The critic Edmund Clarence Stedman was moved to say: "Emerson's prose is full of poetry, and his poems are light and air. ... His modes of expression, like his epithets, are imaginative"

The writer Charles Johnson Woodbury shared this depiction: "Even when provocation was great, his satire was so gentle and genial that it warmed even its object"

The scholar Richard P. Adams pondered this reassessment: "I believe that Emerson should be placed more wholly in the romantic tradition than he has yet been, and that his importance depends on a more fundamental, consistent, and logical use than he has yet been shown to have made of the organic principle, which is one of the central concepts of romantic philosophy"

The novelist Nathaniel Hawthorne shared this view of Emerson: "A great original thinker, who had his earthly abode at the opposite extremity of our village. ... People that had lighted on a new thought or a thought that they fancied new, came to Emerson, as the finder of a glittering gem hastens to a lapidary" 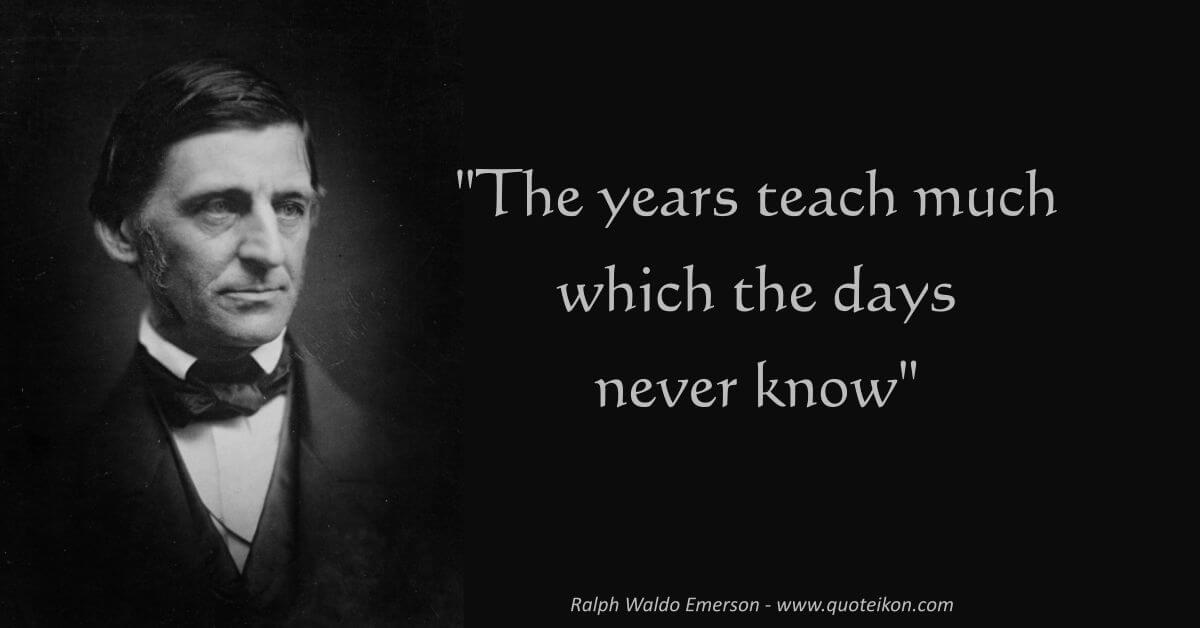