Dante Alighieri was the creative genius who dared to be different by challenging Latin as the established language of literature, when he wrote his epic 14th century poem "Divine Comedy" in Italian it was a move that was to change the course of literary history in western Europe.

By proving that Italian was a language that could express the finer forms of poetry, it opened up a possibility to be published to a wider audience. This set a precedent that would influence other writers such as Geoffrey Chaucer and Giovanni Boccaccio to break free from the literary chains of the exclusive Latin language.

In his day Dante's work was a sensation in Italian speaking dominions, his work did garner appreciative compliments elsewhere but, it was not until the Romantic era did it scale the heights of worldwide influence experienced by the ancient Greek and Roman classics.

Dante Alighieri was born into a lower middle class family in the Republic of Florence, this was a volatile period of political instability that bred violence and war for control of the republic. As a young student Dante displayed early promise of the genius that was to come as his interests leaned heavily towards the ancient Roman poets of Ovid and Virgil.

In his formative years he met and became infatuated with a girl called Beatrice Portinari, in an unfortunate turn of events Dante was promised in marriage to Gemma di Manetto Donati who was the daughter of a powerful political family in Florence. Although he accepted the marital situation he never forgot Beatrice as she and not his wife would become the subject in many of his poems.

In 1289 Dante took up the call to arms to fight for the Papal forces against those of the opposing Holy Roman Emperor in the Battle of Campaldino and once victory had been attained he took up a role in Florentine politics that would see him rise to the lofty position of Prior of Florence.

However, in a politically unstable period some major differences arose about the Papal influence in Florence and Dante decided to go to Rome as an ambassador to defuse what could have been a volatile situation. While in Rome the Florentine government was overthrown and Dante was forced into an exile that would persist under the threat of being burnt at the stake if he were to return and he would never again set foot inside Florence the city he so loved.

An accumulation of heartbreak and unfortunate events had provided Dante with a fountain of experience from which he would draw inspiration in his writing and using his expressive vision he would delve deep into his imagination to produce the spark that was to be the literary origins of the Renaissance. His lifetime experience was his inspiration for the most famous poem of the middle ages as he penned his epic "Divine Comedy" that was an imaginative journey through Hell, Purgatory and Paradise. The journey through hell would become known as Dante's inferno as he was given a tour by the poet Virgil as he described the nine concentric circles of increasing wickedness that would accumulate with Satan himself at the very heart of hell.

As the poem progressed, Virgil continued to guide Dante through the repentant souls of purgatory until his role is eclipsed by Beatrice as the poet aligns his personal feelings with his journey through paradise. The descriptive depth of each layer and the philosophical impact of the "Divine Comedy" reflect the imaginative genius of Dante who conceptualises not just every aspect of his perceived Hell, Purgatory and Paradise but the very reasons for their being.

In the 700 years since Dante's passing, his work has grown in stature with each generation, from the Renaissance to the Romantics to the Realists he has been held up as a paradigm of academic learning whose influence has elevated him to become known as one of the greatest literary icons of western culture.

Dante Alighieri was a deep thinking poet who combined the themes of theology and philosophy as an expressive art form, his words were both haunting and mesmerising yet deeply thought provoking as he created a vivid mental imagery of the afterlife all humans contemplate at one time or another before their demise. His was a unique talent whose artistry influenced many and inspired me to create this compilation of 26 of the best Dante quotes.

James Joyce was impressed to say: "I love Dante almost as much as the Bible. He is my spiritual food, the rest is ballast"

Percy Bysshe Shelley gave this assessment: "His very words are instinct with spirit; each is as a spark, a burning atom of inextinguishable thought; and many yet lie covered in the ashes of their birth, and pregnant with the lightning which has yet found no conductor"

Voltaire shared this observation: "His reputation will last because he is little read. Twenty pointed things in him are known by rote, which spare people the trouble of being acquainted with the remainder"

Napoléon Bonaparte rated him highly: "Dante has not deigned to take his inspiration from any other. He has wished to be himself, himself alone; in a word, to create. He has occupied a vast space, and has filled it with the superiority of a sublime mind. He is diverse, strong, and gracious. He has imagination, warmth, and enthusiasm. He makes his reader tremble, shed tears, feel the thrill of honour in a way that is the height of art"

Napoléon Bonaparte then enthused: "I am envious for my dear France, that she has never produced a rival to Dante; that this Colossus has not had his equal among us. No, there is no reputation which can be compared to his"

T. S. Eliot made a comparison of literary giants: "Dante and Shakespeare divide the modern world between them; there is no third"

Salvador Dalí thought him the big cheese: "I wanted my illustrations for the Dante to be like the faint markings of moisture in a divine cheese. This explains their variegated aspect of butterflies' wings. Mysticism is cheese; Christ is cheese, better still, mountains of cheese"

Jean Charles Léonard de Sismondi talked of his revelations: "That great genius conceived, in his vast imagination, the mysteries of the invisible creation, and unveiled them to the eyes of the astonished world"

The historian Erich Auerbach believed Dante lit the spark: "It is generally acknowledged that the Renaissance represents a unit in the history of European culture and that the decisive element of its unity was the self discovery of the human personality; and it is also generally recognized that, despite Dante's medieval view of the world, the discovery began with him" 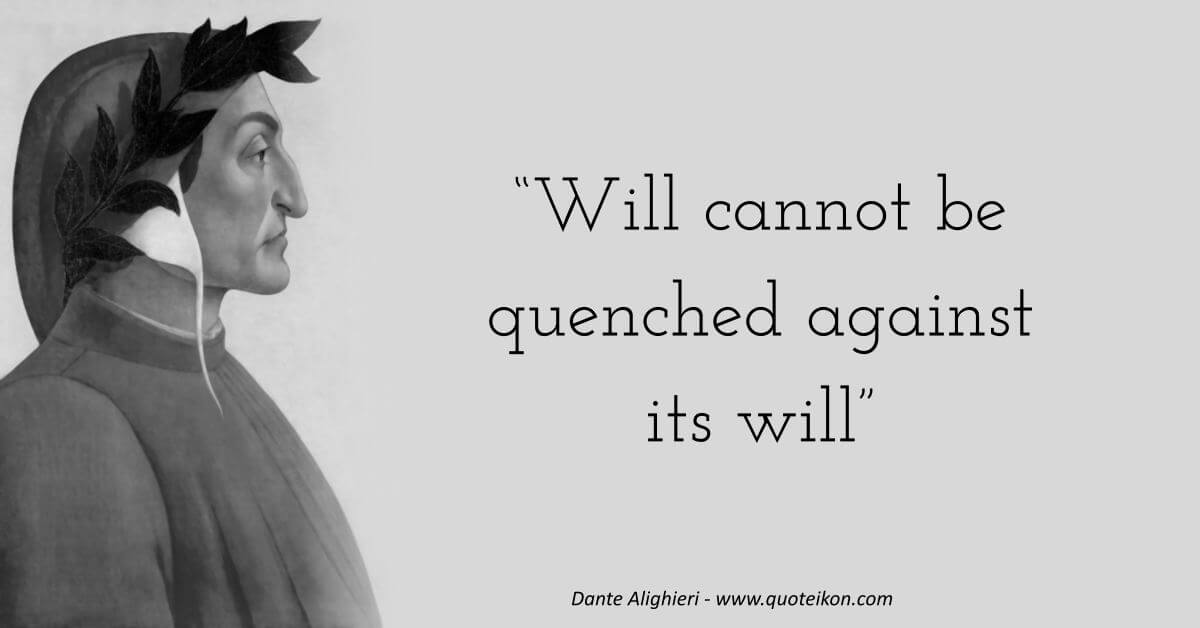