Plato was the classical Greek philosopher, known as the father of idealism, who bequeathed the world a legacy of reasoned thought that has become the very fabric of western culture. The influence of Plato has echoed through two millennia with his body of work being scrutinised more than all the wise scholars of the ancient world put together.

Plato grew up in the shadow of his teacher Socrates who taught him the art of relentlessly questioning everything in a bid to stimulate critical thinking. The influence of his educator is clear both in the life and execution of Socrates, Plato felt the injustice which gave him reason to support his elitist ideals of aristocracy and cast doubt on democracy who he blamed for the trial and killing of his mentor.

His view on democracy never wavered, he saw it as a fast track to mob rule where the law of the average transcends the intellect of the wise to implement the will of the least ambitious degenerates of society who make up the majority. Quite aside from his undemocratic leanings, Plato was an educator, he was a gatherer of information, he took the best ideas of the mathematicians and the scientists and moulded them under the wisdom he learned from Socrates.

Before Plato, the main source of education was the poets, Plato condemned this as a wicked fountain of immoral knowledge that was used to culturally condition the thinking of Athenian students. He argued that, using repetitive story telling with tales of murder, treachery, passion, cruelty, weakness and malice was reprehensible and not setting the right example of ethical and moral living. He went further to say that learning from repetition was not gaining genuine knowledge as imitation without experience lacked the essential learning ingredient of reasoned understanding.

In his most famous work the "Republic", Plato fostered a line of thought where a country should be governed by a ruler who has received a philosophical education learning the wisdom of the ages. He was an elitist who envisioned the structure of a tripartite society containing the educated governing class, soldiers and citizens, who were workers, and with this in mind he decided to set up the worlds first institute of higher academic study.

Plato founded The Academy in Athens that many refer to as the father of universities. It was here that he discovered a prodigious talent called Aristotle that, although they disagreed on many subjects, he helped to shape into one of the ancient worlds most eminent philosophers.

Legend has it that there was a sign at the entrance to the Academy with the following Plato quote: "Let none who has not learned Geometry enter here". Even though this message is unsubstantiated it still adds to the mystique of this great Greek philosopher.

Unlike many of his ancient Greek philosophical peers most of the writings of Plato have remained intact, meaning he has become one of the most studied writers of his era. His dialogues have been dissected, discussed and digested by generations of students eager to learn how his teaching had an influence on both western and Islamic societies alike.

Plato was not just a philosopher as he was passionate about mathematics courtesy of being inspired by Pythagoras and so he continued to promote maths as a way of solving all sorts of problems as well as giving a greater understanding of many things in the real world.

He was the founder of the philosophical system of Platonism and as to be expected of such an eminent teacher of scholars, whose thought provoking words of wisdom are much sought after to this day, his influence lives on and continues to inspire each new generation of modern day philosophers. Whether it was idealism or realism he was always good for a quip or two, so this is my compilation of 20 of the best Plato quotes.

The mathematician and philosopher Alfred North Whitehead talked about foundations: "The safest general characterization of the European philosophical tradition is that it consists of a series of footnotes to Plato"

The English philosopher George Henry Lewes was respectful in his words: "Plato was the most artistic of philosophers... among men of great eminence"

Galileo Galilei made this comparison: "I would not do so much wrong to Plato, but yet I may truly say with Aristotle, that he too much lost himself in, and too much doted upon that, his Geometry: for that in conclusion these Mathematical subtilties, Salviatus, are true in abstract, but applied to sensible and Physical matter, they hold not good"

Immanuel Kant made this observation: "Just in the same way did Plato, abandoning the world of sense because of the narrow limits it sets to the understanding, venture upon the wings of ideas beyond it, into the void space of pure intellect. He did not reflect that he made no real progress by all his efforts; for he met with no resistance which might serve him for a support"

The philosopher Bertrand Russell gave this assessment: "It has always been correct to praise Plato, but not to understand him" 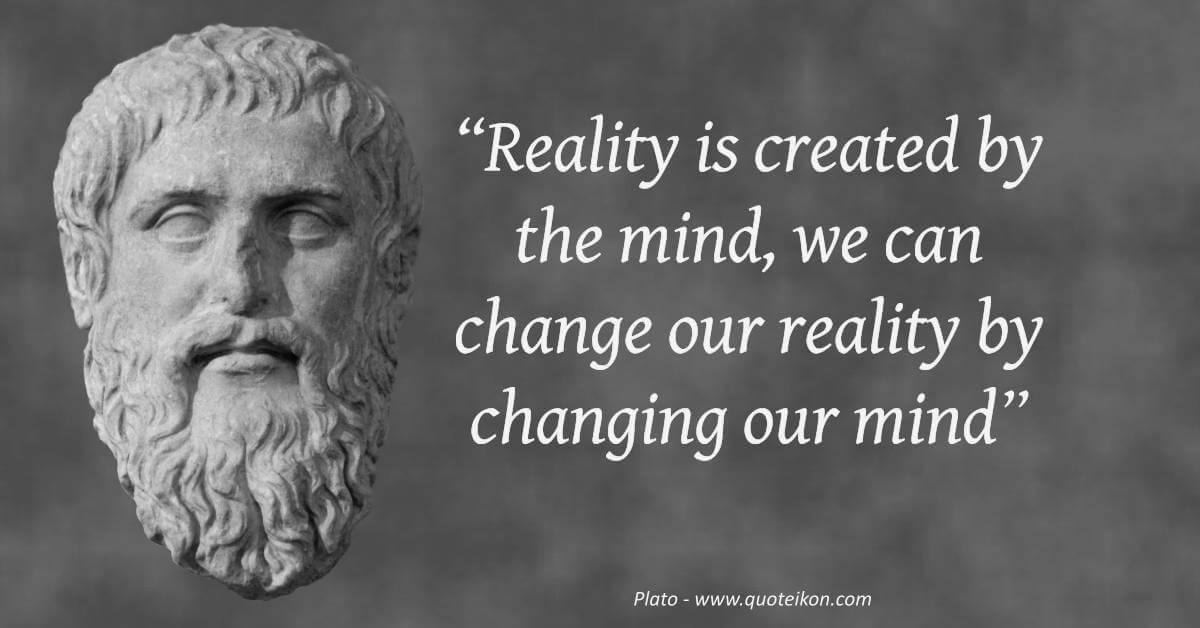