Arthur Schopenhauer was the German thinker who wrote himself into the annals of philosophical history as his body of work caught the attention of generations of intellectuals across a broad scope of disciplines. Many of his theories sprung from the inspiration of Immanuel Kant but whereas Kant scratched the surface of human perception Schopenhauer was full on busy excavating the mind for every last piece of reason he could fathom.

His most famous work "The World as Will and Representation" was first published in 1818 and it barely caused a flutter in German society. Before it gained the intellectual popularity it so richly deserved it had taken two literary luminaries of the day by complete surprise as they gorged on every word in silent appreciation of what they described as philosophical genius.

Maybe the book was before its time but Arthur Schopenhauer took it in his stride as he was quoted as saying: "the praise of one man of genius fully makes good the neglect of a thoughtless multitude". He was referring to the praise the German romantic writer Jean Paul lavished on his writing. Johann Wolfgang von Goethe was the other man of words who also championed "The World as Will and Representation" and who read the book in its entirety contrary to his usual habit of merely scanning a few pages.

His words indulged in a life of reason with equanimity so profound he inspired Albert Einstein, Friedrich Nietzsche and Charles Darwin to call him a genius whose work was a revelation. Rarely has a philosopher had so much influence on the arts, science and literature with a legion of the great and the good from all walks of life citing him as a big inspiration to achieve their successes.

It was late in his life when his own success story started to unfold and after his death in 1860 his reputation grew in stature as is so common with many under appreciated talents who become popular posthumously. It is with ease to get engrossed and listen to every word he wrote for its reasoning and meaning and whilst he was great with the unconscious mind he was also good for a quick quip or two in the waking world, so here is my compilation of 22 of the best Arthur Schopenhauer quotes

Albert Einstein was inspired to say: "Schopenhauer's saying, that "a man can do as he will, but not will as he will", has been an inspiration to me since my youth up, and a continual consolation and unfailing well-spring of patience in the face of the hardships of life, my own and others"

The psychiatrist Carl Jung described him thus: "He was the first to speak of the suffering of the world... Here at last was a philosopher who had the courage to see that all was not for the best in the fundaments of the universe"

The author Eric F.J. Payne was moved to say: "We are struck by the psychological force and even fierceness with which he reveals the deepest recesses of the human heart" 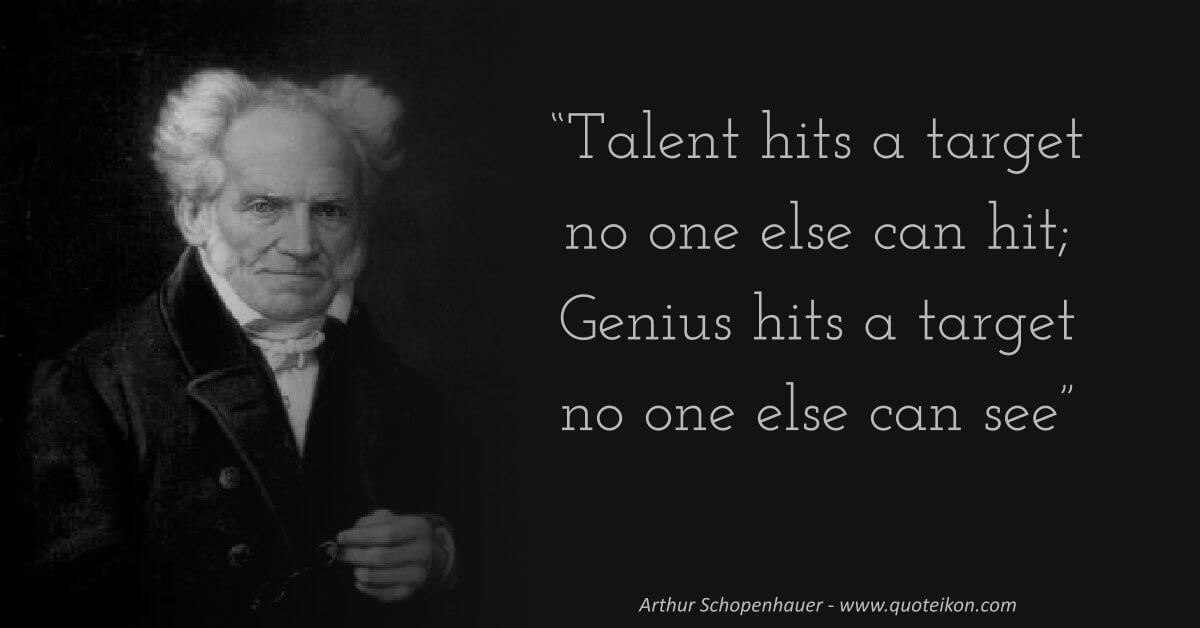