His actions and his words shook the foundations of the British empire more than any other freedom fighter could ever hope for. Yet he never raised a gun in anger or encouraged his many followers to take up arms to achieve their justified liberation. His name was Mahatma Gandhi and he will forever be remembered as the father of the Indian nation who led the people through their struggle to independence.

The rise of Gandhi the activist can be traced to the Bambatha rebellion in Natal, South Africa. In 1906 he was working as a stretcher bearer during an uprising and he was appalled at the brutality of the heavily armed British towards the totally out gunned native Zulu's. This was a pivotal moment in his life as the blood and suffering of the Zulu's turned Gandhi away from the colonials he had up to this point admired. The forceful hand of British brutality turned Mahatma into staunch advocate of non violence and a lifelong supporter of the colonized, especially in his native India.

It was in South Africa that he led his first campaign of civil disobedience which was in essence the birth of passive resistance. Mahatma Gandhi stayed in South Africa for 21 years and returned to the Indian sub continent full of hope, ideas and a plan to free his homeland from their despised colonial masters.

It was never plain sailing for Gandhi as the British jailed him four times for various civil disobedience campaigns such as the Salt March in 1930 that resulted in a further 60,000 Indians joining him in prison. The British never got to grips with how to deal with Gandhi. His campaigns of non co-operation combined with no violence were alien concepts to the colonial divide and rule specialists. He led boycotts on everything British from their products to their schools and their institutions of power.

In Gandhi's 1909 book "Hind Swaraj" he pointed out that it was Indian co-operation that established and supported British rule. He shared the critical observation that only by refusing to co-operate would lead to the collapse of British rule in the sub-continent.

It was at the 1919 Amritsar Congress that Mahatma Gandhi really announced himself to the world of politics and emerged with his thoughts on truths and non-violent cooperation making a marked impression on members of the Indian National Congress (ANC).

Gandhi led by example, what he talked he backed up with action. His leadership organised a deeply divided people into a cohesive unit determined to follow his peaceful lead to achieve the collective goal of self determination. He gave his fellow countrymen a sense of collective pride, Hindu, Muslim and Sikh all supported his unique method of struggle utilising non violent activism.

The touch of Gandhi was unprecedented as he inspired millions of Indians to revolt against the might of the British empire. He talked the language of truth in the dialect of the poor who recognised him as if he was of their own flesh and blood. He would stand before the people dressed as one of them speaking words of wisdom that transcended all faiths and castes of Indian culture.

In 1942 Gandhi was jailed again for encouraging total non co-operation with the imperial government. This would be his final incarceration by the British. By 1944 he was 75 years old and in failing health. The British were anxious he did not die in jail and released him. By this time the political landscape had altered a lot. The Muslim League led by Muhammad Ali Jinnah were campaigning for a separate independence where India would be split following religious lines.

By 1947 the British had agreed to grant independence to India and fearing a religious civil war they decided to impose a partition of the sub-continent into what is now known as the Republic of India and the Islamic Republic of Pakistan. Mahatma Gandhi was adamantly against partition as he believed both religions could co-exist based on religious pluralism. As hard as he tried it was not to be.

Gandhi lived to see independence but he did not celebrate it. British India became a fractured country with millions displaced due to religion. Partition created religious violence on an unprecedented scale where more than one million people lost their lives. It also created a distrust between the two newly independent dominion states that exists to this day.

On 30th January 1948 a Hindu Nationalist called Nathuram Godse assassinated Mahatma Gandhi by firing three bullets into his chest at close range in the gardens of Birla House in New Delhi. Godse was angry with Gandhi's lenient stance towards Muslims and blamed him for the violence during the country's partition.

After his assassination George Bernard Shaw talked about the perils of Gandhi fighting the good fight: "It shows how dangerous it is to be too good", indeed, there had already been four assassination attempts on his life with the penultimate one being just ten days before his death. Albert Einstein paid the ultimate tribute to Mahatma Gandhi by saying: "Generations to come, it may well be, will scarce believe that such a man as this one ever in flesh and blood walked upon this Earth".

There was one quote I especially loved by Gandhi. It was when he gave his trade mark metal rimmed circular spectacles to a British army officer, he left him with the unforgettable words: "These gave me the vision to free India".

Mahatma Gandhi was without doubt one of the most influential people of the 20th century whose name is now synonymous with truth, justice and non violent activism. He spoke many words of wisdom and as you can imagine was good for a one liner also, so this is my compilation of 20 of the best Mahatma Gandhi quotes.

Upon his death, Prime Minister Jawaharlal Nehru paid this tribute on national radio: Friends and comrades, the light has gone out of our lives, and there is darkness everywhere, and I do not quite know what to tell you or how to say it. Our beloved leader, Bapu as we called him, the father of the nation, is no more. Perhaps I am wrong to say that; nevertheless, we will not see him again, as we have seen him for these many years, we will not run to him for advice or seek solace from him, and that is a terrible blow, not only for me, but for millions and millions in this country"

Martin Luther King Jr. paid powerful respect by saying: "Gandhi was probably the first person in history to lift the love ethic of Jesus above mere interaction between individuals to a powerful and effective social force on a large scale"

Albert Einstein, who knew a thing or two, made this fine tribute to the great man: "Taken on the whole, I would believe that Gandhi's views were the most enlightened of all the political men of our time"

Nelson Mandela was inspired to say: "The Gandhian influence dominated freedom struggles on the African continent right up to the 1960s because of the power it generated and the unity it forged among the apparently powerless"

Joseph Stalin gave this warning in 1930: "The leaders of the bourgeoisie hope to create a blood bath in these countries, rely on the police bayonets, and appeal to the help of people like Gandhi"

Winston Churchill, who had many documented run ins with Gandhi, was impressed by his Harijan campaign and admitted that: "Mr. Gandhi has gone up very high in my esteem since he stood up for the untouchables"

President Truman was impressed to say: "Another giant among men has fallen in the cause of brotherhood and peace"

The Indian philosopher Rabindranath Tagore paid a fine tribute: "Mahatma Gandhi came and stood at the door of India's destitute millions, clad as one of themselves, speaking to them in their own language...who else has so unreservedly accepted the vast masses of the Indian people as his flesh and blood...Truth awakened Truth"

Ho Chi Minh knew where he found one source of great inspiration: "I and others may be revolutionaries but we are disciples of Mahatma Gandhi, directly or indirectly, nothing more nothing less"

The Ethiopian Emperor Haile Selassie found him influential: "The name Mahatma Gandhi has become synonymous with right and justice; towards this end it has become an inspiration to millions of oppressed people and has kindled the light of liberty"

The Soviet ambassador to India Kirill Novikov sent this diplomatic message upon the demise of the the Indian leader in waiting: "Comrade Molotov asked me whether Comrade Stalin acted correctly by not sending condolences on the death of Gandhi? I answered that given the consensus this would be damaging, since Truman, Churchill and other heads of state sent their condolences, but Comrade Stalin did not. Given the consensus this would be damaging" 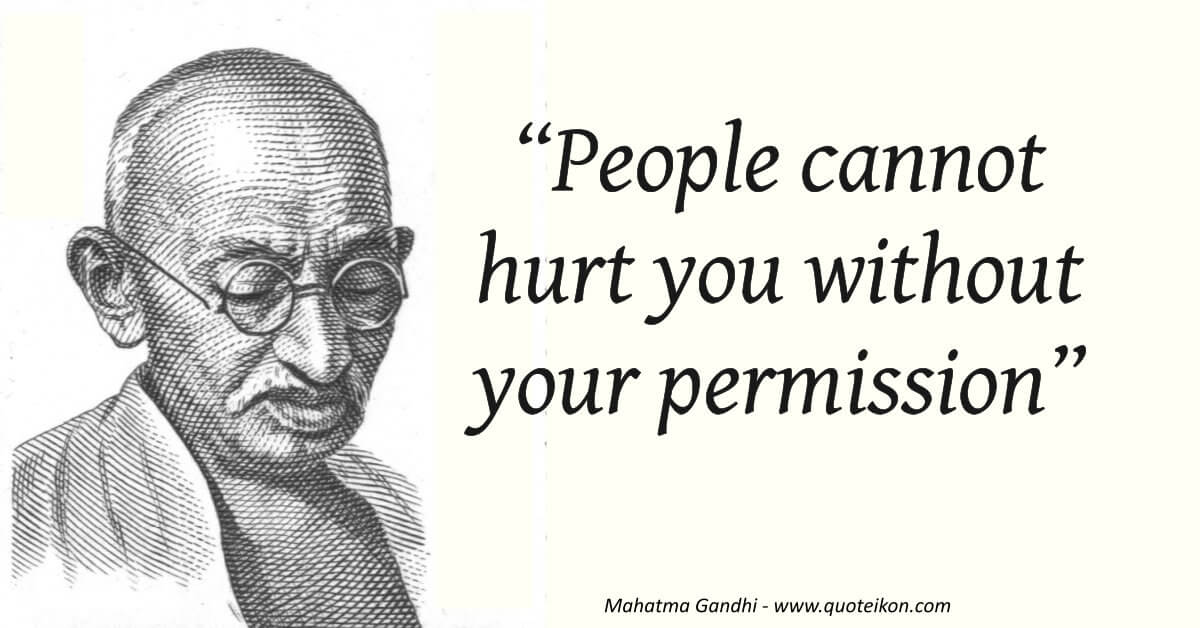 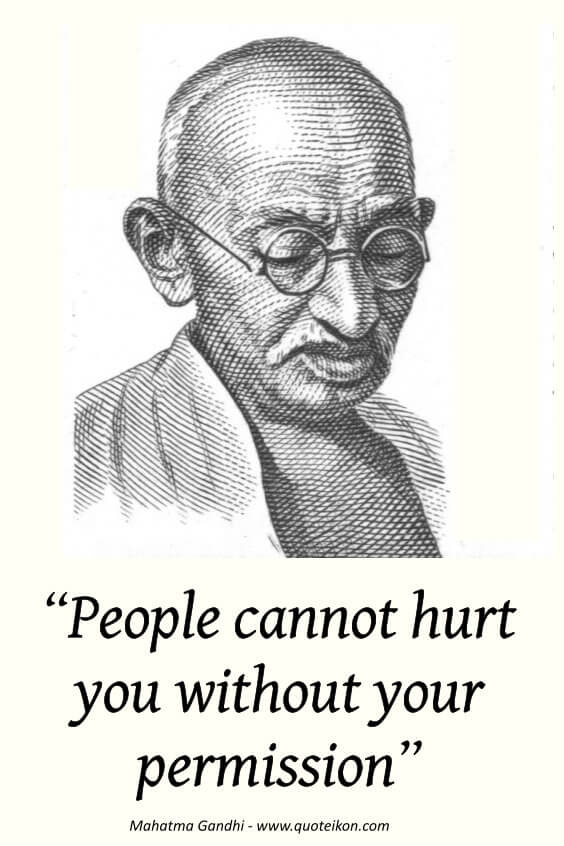