Before he took the mantle of politics by the scruff of the neck, Churchill operated as a war correspondent during the Boer war at the turn of the twentieth century where he was captured and held as a prisoner of war. He cunningly conjured up a daring escape plan which was successful and added early kudos to his already rising public esteem.

After entering politics Winston quickly climbed the ministerial ladder serving government in various posts from the Home Secretary 1910 - 1911, to the Minister of Munitions 1917 - 1919, to the Secretary of State for the Colonies 1921 - 1922 and the Chancellor Of The Exchequer 1924 - 1929. During the 1930's Churchill was discarded to the political wilderness but he busied himself with monitoring and continually warning Europe about the rise of Adolf Hitler and Germany's efforts to rearm itself in preparation for another war. Alas his warnings fell on deaf ears but once the conflict escalated Winston was seen as the only man who could lead the United Kingdom and its allies to a successful war outcome and he was made Prime Minister in 1940.

It was Churchills unnerving bravery in the face of seemingly insurmountable odds that endeared him to the public with his inspirational speeches that not just rallied his countrymen behind him but gathered the utmost respect of all their allies. The battle of Britain was won not just in the skies but in the propaganda war of words where Churchill was a master motivator and strategist bar none.

Churchill was the sole beacon of light that shone alone in western Europe during the dark days of the early 1940's, he gave hope where there was none, he gave belief where there was doubt and he gave spirit where there was apathy. Winston's warrior instinct made him a perfect war time prime minister and his contribution to the freedoms enjoyed by all in the latter half of the twentieth century have immortalised him forever in the eyes of the world.

Post WWII Churchill popularised the phrase "Iron Curtain" after he used the term in a speech he delivered on 5th March 1946 in Fulton, Missouri, warning the world of the threat from the Soviet Union. Previously Churchill had used this phrase in two telegrams sent to President Truman in 1945 voicing his concerns about allowing too many territorial concessions to the Joseph Stalin regime.

Churchill's second stint as prime minister lasted from 1951 until his resignation in 1955, it was a premiership affected by health issues that dogged the British leader as he gallantly steered the country through a series of foreign policy crises in the colonies whilst using his steely brinksmanship in a vain attempt to maintain Britains position as a world power.

In a century of great world statesmen Churchill eclipsed them all for his leadership, sheer guts and inspirational qualities. The legacy of Winston Churchill was foretold in the words of the great man himself who was once prophetically quoted as saying: "history will be kind to me for I intend to write it", and true to his word he did just that, so as what is befitting for a leader of his stature this is my compilation of 25 of the best Winston Churchill quotes.

The scholar Martin E. Marty made this prediction: "Five hundred years from now, it won't be Hitler we remember. Hitler may have set the century's agenda; he was a sort of vortex of negative energy that sucked everything else in. But I think God takes fallible human beings like Roosevelt or Churchill and carves them for his purposes. In five centuries, we'll look back and say the story of the century was not Hitler or Stalin; it was the survival of the human spirit in the face of genocide"

Joseph Stalin on top form in discussion with Churchill in Tehran [November 1943]: "God is on your side? Is He a Conservative? The Devil's on my side, he's a good Communist"

Adolf Hitler admitted he had been watching Churchill: "For over five years this man has been chasing around Europe like a madman in search of something he could set on fire. Unfortunately he again and again finds hirelings who open the gates of their country to this international incendiary"

The Indian advocate of nonviolent social protest Mahatma Gandhi was impressed to say: "I have got a good recollection of Mr. Churchill when he was in the Colonial Office and somehow or other since then I have held the opinion that I can always rely on his sympathy and goodwill"

The German finance minister Count Schwerin von Krosigk made this telling statement in 1939: "Churchill is the only Englishman Hitler is afraid of. He does not take the PM or Lord Halifax seriously, but he placed Churchill in the same category as Roosevelt. The mere fact of giving him a leading ministerial post would convince Hitler that [you] really meant to stand up to him. ... Churchill's admission to the Cabinet would be the most effective measure. Otherwise trouble would start again very soon"

After receiving a happy 60th birthday telegram from Churchill, Franklin D Roosevelt quipped back: "It is fun to be in the same decade with you"

Their relationship according to Charles de Gaulle: "When I am right, I get angry. Churchill gets angry when he is wrong. We are angry at each other much of the time"

President John F. Kennedy spoke of the propaganda war Winston waged: "In the dark days and darker nights when England stood alone--and most men save Englishmen despaired of England's life--he mobilized the English language and sent it into battle"

Fidel Castro, when answering a students question, drew this comparison to the great man: "Look, if Churchill hadn't done what he did to defeat the Nazis, you wouldn't be here, none of us would be here. What is more, we have to take a special interest in him because he, too, led a little island against a great enemy" 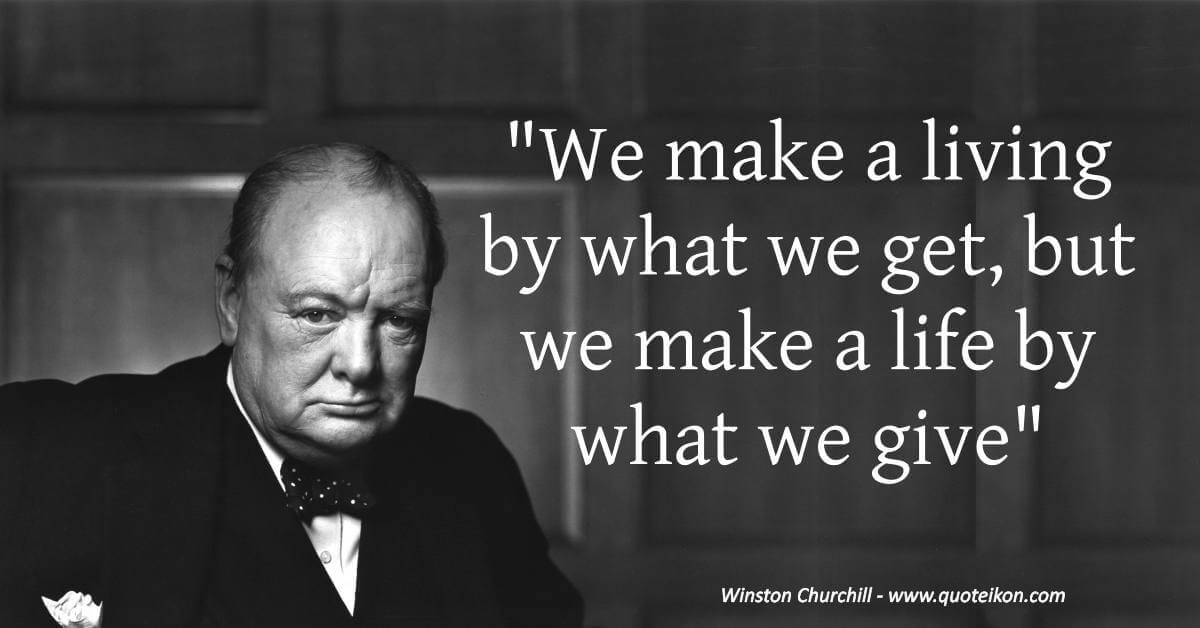