He was one of the prominent leaders of the Indian independence movement who stood shoulder to shoulder with his mentor Mahatma Gandhi in their fight for liberation from the British Raj. On the eve of independence, he gave what has often been described as the greatest speech of the 20th century. The speech was called "A Tryst With Destiny". The man who so eloquently delivered it was Jawaharlal Nehru, who went on to serve as the first Indian prime minister after breaking from the shackles of colonial Britain in 1947.

His tenure as prime minister lasted until his death in 1964. Jawaharlal Nehru established a reputation as a true statesman of the sub-continent. He made good on his promises in the Indian National Congress Party's manifesto and he stabilised the new born nation through a transitional period where diplomatic sensitivity was delicately displayed within a shroud of strength.

India's independence in 1947 came at a time when European empires were in decline. Their path to self determination was the catalyst for colonized nations around the world to begin the fight for their own independence. History has shown that gaining liberty is not always a bed of roses as many African nations found out to their peoples detriment.

India was fortunate to have Nehru at the helm. He had the benefit of a Cambridge University education and although he came from an Indian upper class background, he chose to abandon the benefits usually afforded to those of such high standing. Nehru mastered the native language of Hindi and he adopted a simple style of dress more in line with the common people he represented. But beneath the embellishments of his political persona lay a level headed politician with desire and determination, not just to deliver independence, but to drive the Indian nation forward once liberation was achieved.

The struggle for independence was a long drawn out affair. Nehru was at the political forefront of the Indian National Congress (INC) and the architect of many of its policies. This constantly brought him into the cross-hairs of the British Raj who jailed him on nine occasions for his involvement and organisation of civil disobedience and various other liberty seeking offences. In all he served a total of nine years in prison which he accepted as part of the struggle for self determination.

He was inspired by the strength of character and non co-operation strategy of his fellow freedom fighter Mahatma Gandhi. As WWII drew to a close it was evident that India would gain their freedom and Nehru was the recognised heir apparent to Gandhi. Both played major roles in the negotiations for independence and together they agreed on and became the biggest influences for the creation of its constitution.

Gandhi decided against becoming the first prime minister and instead he gave his backing to Jawaharlal Nehru who was sworn in on 15th August 1947. Neither wanted the partition of India but Nehru reluctantly accepted the British proposal for the breakaway state of Pakistan.

Most of the Indian constitution was written by Dr. BR Ambedkar. However Nehru personally drafted Article 44 which was the foundation for the civil code declaring India as a secular state. Other notable achievements under his leadership were passed into law when he outlawed caste discrimination and uplifted the social freedoms and legal rights of women.

Internationally Nehru maintained a policy of "positive neutrality". He introduced to the world stage a new facet of "non alignment" to global powers whilst he voiced strong support for the United Nations, until he changed his tune when they tried to resolve the issue of Kashmir. Despite keeping at heart his pacifist outlook, Nehru understood when to stand up militarily with Kashmir being a key barometer of his determination to fight when required. In 1948 he was the instigator of The Atomic Energy Commission and he gave an unwritten directive to Dr. Homi J. Bhabha, a nuclear physicist, to develop nuclear weapons.

On the domestic front you cannot stay in power without gaining enemies. During his term of office there were four assassination attempts on his life with the first in 1948 being foiled as the police, acting on a tip off, arrested three men en-route to commit the foul deed. In 1955 a knife wielding maniac was thwarted in Nagpur whilst in 1956 a stone throwing Bombay mob was kept at bay because Police intelligence received reports it was a cover for an assassin to throw a bomb. The final attempt in 1961 failed when bombers mistimed their detonation and injured civilians instead of the car carrying Nehru which slipped by moments earlier.

During the 1950's he received 11 nominations for a Nobel Peace Prize and although he never did win this coveted award many observers believe this was because the shadow of Gandhi still loomed large over India and his leadership.

From the soap box to the podiums of the international stage Jawaharlal Nehru garnered a reputation for delivering eloquent speeches filled with passion, substance and meaningful messages. He set the tone for his Prime Ministership with his "A Tryst With Destiny" speech in 1947. His literary vision continued unabated throughout his rule using expressive prose with profound story telling in his speeches that impressed all from the distinguished to the diplomat to the dictator.

His inspired words of wisdom steered independent India through the turbulent waters of transition to an independent nation leaving a legacy of leadership that this young country has since struggled to surpass. He was good for a one liner also so this is my compilation of 20 of the best Jawaharlal Nehru quotes.

Mahatma Gandhi was praiseful in his words: "Jawaharlal Nehru has proved to be a jewel of India. In his address, lofty thoughts are couched in sweet and courteous language. ..The splendour of the soul shines in every sentence. The apprehension that lurked in many hearts disappeared after the oration. As was the address, so was his deportment. During the Congress session, he did all his work independently and impartially. And since he worked incessantly and strenuously, everything was completed on time and without any hitch."

The U.S. Secretary of State Dean Acheson recognised the brilliance of Nehru and the strength of his will by saying: "So important to all of us, that if he did not exist - as Voltaire said of God - he would have to be invented … One of the most difficult men with whom I have ever had to deal"

The British Statesman Winston Churchill recognised greatness when he saw it as he observed: "This man has overcome two of the greatest failings in human nature - he knows neither fear nor hatred"

A fellow revolutionary Fidel Castro spoke admiringly of him in New York in 1960 when he said: "I have been wanting to see you. If you had not come I would have come to you. You are a man of peace"

The Soviet ambassador to India Kirill Novikov said in a report to Joseph Stalin: "Nehru’s repeated statements that he is a supporter of socialism, but in India the ways and methods for transitioning to socialism must be different than they were in the Soviet Union, support this claim" 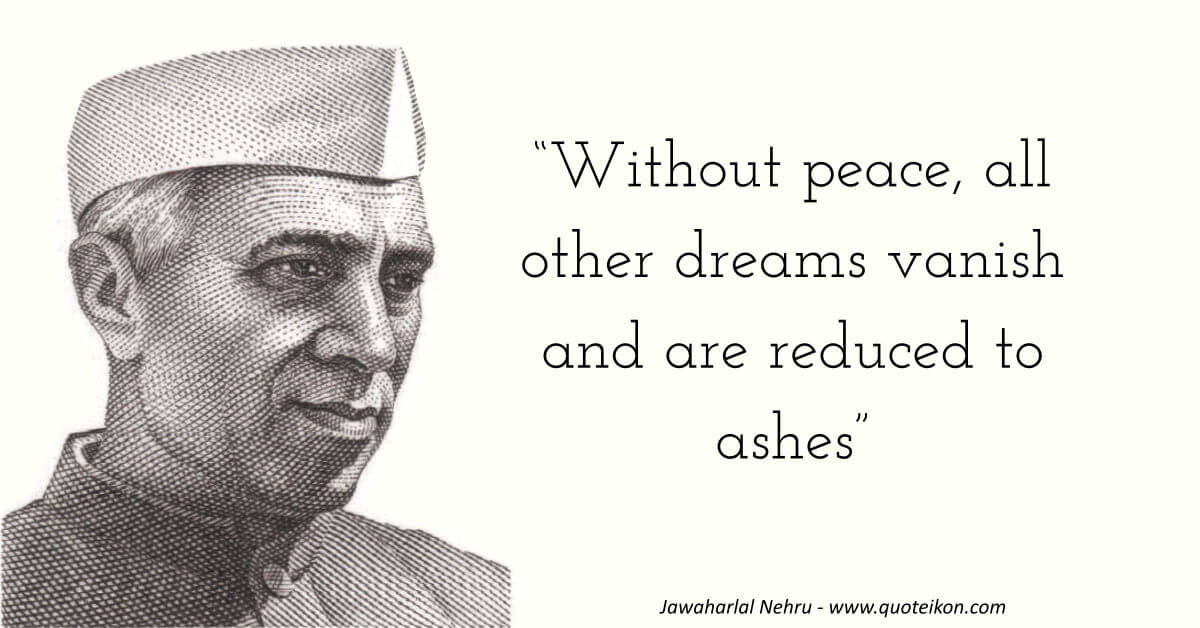 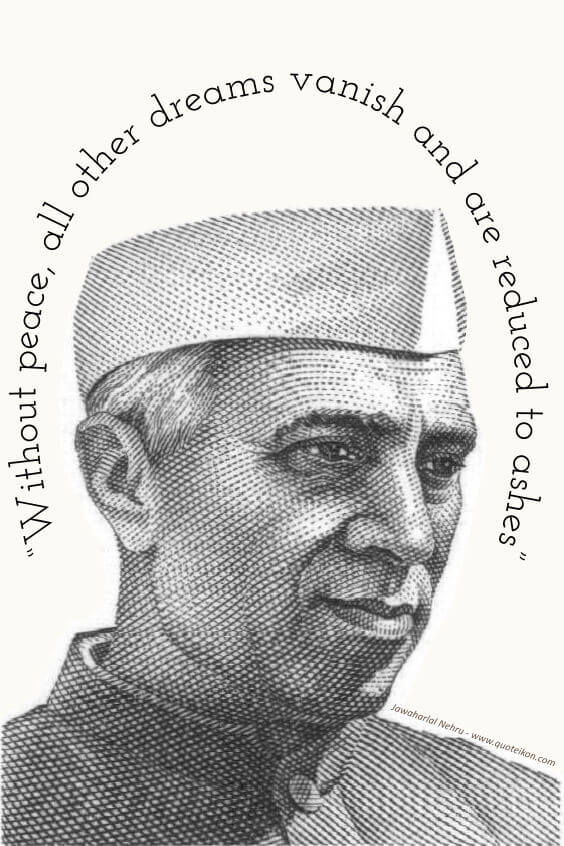