Bertrand Russell emerged from a background steeped in aristocratic privilege to become the pre-eminent philosopher of analytical thinking for most of the twentieth century. His work has influenced mathematics, logistics and epistemology with books like "Principia Mathematica" written in collaboration with another great man Alfred North Whitehead and Russell's very own philosophival essay "On Denoting" which was in the 1920's described as a "paradigm of philosophy" by Frank P. Ramsey.

Russell held strong beliefs that quite often ruffled the feathers of the establishment and even led to him serving six months in Brixton prison for his active pacifism and a speech denouncing Englands decision to invite the United States to join the war effort during WW1.

In 1920 Bertrand was given the opportunity to travel to Russia and research the effects of the Russian revolution, however his once supportive view of the Bolshevik uprising changed during a meeting with Vladimir Lenin where he was disappointed with the Russian leader whilst recalling sporadic nightly gunfire which he found unnerving during his short stay in Moscow.

During the late 1930's Russell was actively displaying his pacifist tendencies and discouraging rearmament as a reaction to Nazi Germany, however by 1940 the staunch pacifist had changed his mind as the grim reality of the Adolf Hitler inspired war machine had become a global threat to humanity. Indeed, Bertrand Russell was quoted as saying at the time: "War was always a great evil, but in some particularly extreme circumstances, it may be the lesser of two evils", and so he put his weight behind Britain's war effort being orchestrated by Prime Minister Winston Churchill.

Post WW2 the world entered into a new climate called the Cold War where a difference in ideologies between the Joseph Stalin led USSR and the western allies backed by the firepower of the United States raised world tensions to an all time high as both super powers had atomic weapons at their disposal. Russell was an established anti-war activist who gave eloquent but powerful speeches that clearly stated the peril the world faced with the prospect of a nuclear controntation.

In 1955 Bertrand penned a peace manifesto that received endorsements on both sides of the Iron Curtain as the worlds most prominent scientific minds including the likes of Albert Einstein, Leopold Infeld and Linus Pauling were signatories. Russell was also an advocate of a one world government where peace would be ensured whilst population control measures were put in place and wealth more evenly distributed.

During a lifetime of influence and activism Bertrand Russell was bestowed with many honours and awards including the 1950 Nobel Prize for literature in recognition of his lifetime of writing and contribution to freedom of thought.

At the age of 89 Bertrand Russell proved he still had plenty of fight after he arrested, in September 1961, for a "breach of the peace" during an anti-nuclear demonstration in London. Standing proud in the magistrates court he was given the opportunity to repent and pledge good behaviour, to which he refused and so Russell was sentenced to another stretch in his old haunt of Brixton prison where he served seven days.

He was undoubtedly an intellectual giant who was one of the founders of analytic philosophy, Russell was influenced by David Hume, Percy Bysshe Shelley and Immanuel Kant while he is credited with inspiring generations of 20th century philosophical leaders such as Ludwig Wittgenstein, Noam Chomsky, Isaih Berlin and Jawaharlal Nehru. As with all great men of words, he was quick witted and always good for a one liner so this is my compilation of 25 of the best Bertrand Russell quotes.

The physicist Albert Einstein was inspired to say: "For a long time I have had the wish to write you. All I wanted to do, was to express my feeling of high admiration of you. The clarity, sureness, and impartiality which you have brought to bear to the logical, philosophical and human problems dealt with in your books are unrivalled not only in our generation"

The novelist Ethel Mannin described him thus: "The mind of Bertrand Russell is the anthropomorphized apex of supreme intelligence"

The philosopher John Searle shared this anecdote: "As an undergraduate I was a member of the Voltaire Society, and we used to have dinner with Bertrand Russell, and he was 85 years old. And we thought, you know, he is getting on in years, and we put the question to him, we said: 'Well, suppose it were all true, that after you pass away you show up at the Pearly Gates, what would you say to Him?' And Russell didn't hesitate a minute, he said: 'I would say to Him: you didn't give us enough evidence!'"

The mathematician Marshall H. Stone was appreciative of his works: "Bertrand Russell won immortality with his contributions to our understanding of logic"

The philosopher Alfred North Whitehead rated him highly: "Russell is the most gifted Englishman alive"

The mathematician Norbert Wiener used an alternative description: "It is impossible to describe Bertrand Russell except by saying that he looks like the Mad Hatter" 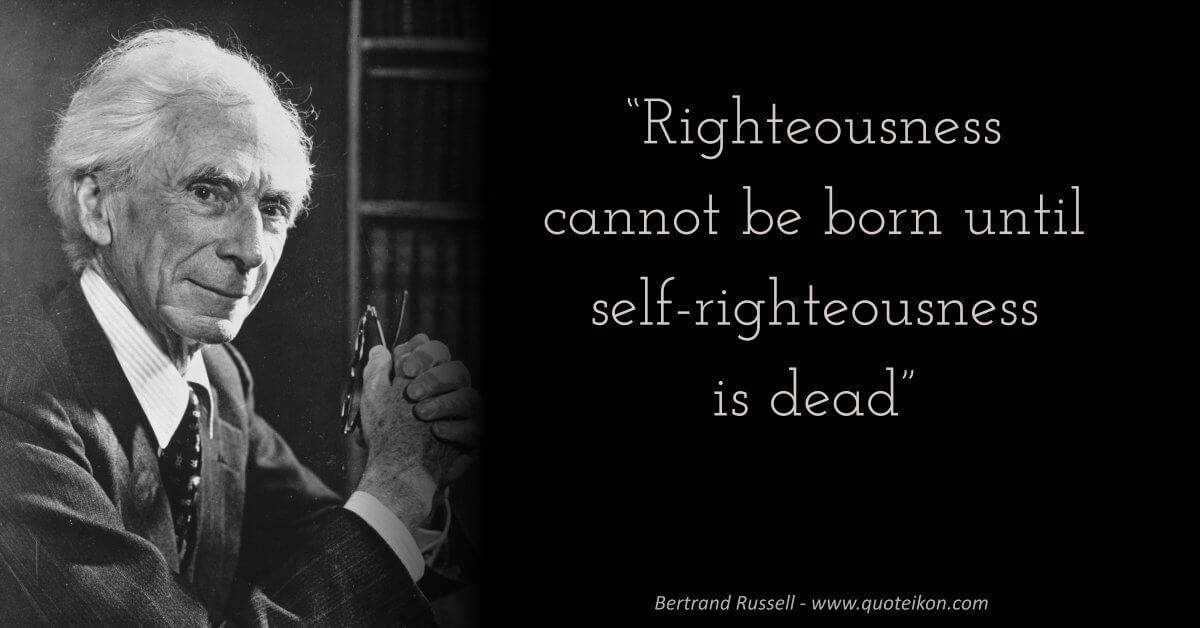