Immanuel Kant was the Prussian philosopher whose body of works has engaged the minds of every subsequent generation of thinkers and he is held in high regard as one of the finest secular philosophers of the modern age. He lived through the age of enlightenment and his published works were a climax to this period that sowed the seeds for the growth of the romanticism movement in the early 19th century.

Enlightenment had the common goal of individual thought and constructive criticism yet its ideals came in many different flavours across the world from the revolutions of France and America to questioning the established authority in Europe through church and government and rationalising that the lot of humanity could be improved greatly by creating a more autonomous society.

The Immanuel Kant mantra of "Dare to know! Have courage to use your own reason" from his essay on enlightenment explored the incapacity of man to use his own understanding at the expense of direction from another. It exposed man's lack of courage to leave his known comfort zone as opposed to his lack of understanding and raised many questions that have intrigued and inspired the thinking man ever since.

An appraisal of 19th century European philosophy will illustrate Kant's influence across the many schools of thought and philosophical movements which flourished and continued unabated into the cultural changes of 20th century modernism.

In many ways Kant was fortunate to live when he did as when he published his acclaimed "Critique of Pure Reason" in 1781 it was under the reign of Frederick the Great who was tolerant of enlightened thinking, however his predecessor Frederick William II of Prussia was appalled by the implications of the French Revolution so he introduced censorship laws and banned Kant from both speaking in public and teaching on the subject of religion.

As a result of his enlightenment rationalism the school of Kantian Ethics was borne referring to a supreme principle of morality not dependent on the rightness or wrongness of actions but on whether they can universally fulfill ones obligations under what he called the categorical imperative.

Quite remarkably for someone whose influence spanned the globe, Kant never travelled outside the region of his home town of Königsberg (now Kaliningrad), he did however leave us with some wonderful one liners, so this is my compilation of 20 of the best Immanuel Kant quotes

The publisher Colin Macfarquhar observed this: "Kant is considered by his admirers as the greatest philosopher that Germany ever produced"

The writer Nick Land was not too impressed: "Kant's critical philosophy is the most elaborate fit of panic in the history of the Earth"

The philosopher Ayn Rand described him thus: "Immanuel Kant was the first hippie in history" 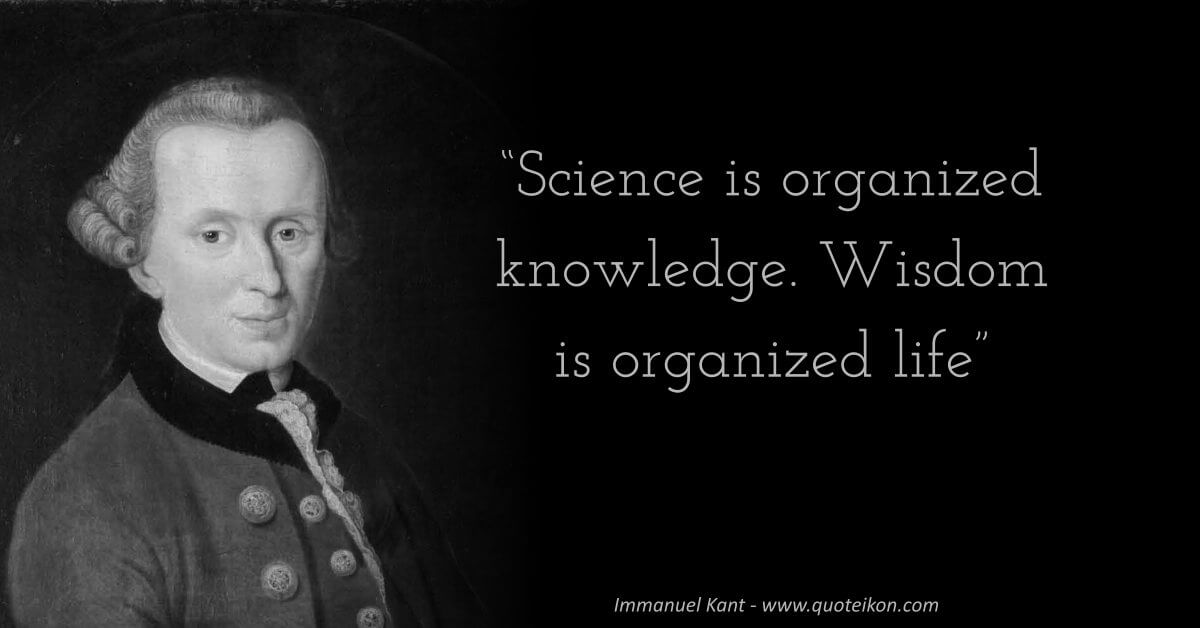