Isaiah Berlin was born in 1909 to a prosperous family in Riga where they remained until moving to Petrograd in Russia in 1915. His family were to witness both the February and the October 1917 revolutions and decided the oppression they felt in Vladimir Lenins post revolution Russia was not conducive with the freedom they anticipated so they returned to Riga only to find the seeds of anti-semitism being sown where they were once welcomed.

In 1921 the family moved west to London where within one year young Isaiah quickly learnt the language and started to excel at school. He continued his education at Corpus Christi College, Oxford where after scoring a number of firsts in varying philosophy degrees he took up a post as a tutor of philosophy at New College, Oxford. This started a long association with the colleges and universities of Oxford that lasted into the late twentieth century.

His work on philosophy and the history of ideas brought him great acclaim with his passionate depiction of the pluralism of beliefs standing in one corner against what many deem their absolute truths, he made a convincing case that made generations of intellectuals question the incompatibilities of systems and cultures.

Berlin was a great believer in freedom from interference yet he recognised that combinations of even the greatest systems could never mean equality for all as there always will be losers no matter the good intentions.

The Two Concepts of Liberty was said to be his greatest work where he compared negative freedom with positive freedom and outlined that freedom from interference is different from what a person is free to do because these two concepts of freedom could never mix in the incompatible mind of human values.

As without doubt one of the great thinkers of the twentieth century he was also at the centre of an embarrassing moment for the British Statesman and Prime Minister Winston Churchill who once famously mistook him for the composer Irving Berlin. Hopefully there is no mistaken identity with my list so this is my compilation of 14 of the best Isaiah Berlin quotes.

The philosopher Michael Oakeshott gave him a glowing introduction: "His learning is notorious, and joined with it is a brilliant turn of dialectic which has dazzled many audiences. Listening to him you may think that you are in the presence of one of the great intellectual virtuosos of our time: a Paganini of ideas. And you would not be wrong. But do not be deceived. The art of which he is a master is not an easy art"

The Professor of Politics at the University of Oxford Alan Ryan was mystified by his cloaked masquerades: "I am a great admirer of Isaiah Berlin, whose essays in the history of ideas provide one model for what I do here; nonetheless, there are moments in his work that make the reader wonder whether it is Montesquieu speaking or Berlin, or whether Machiavelli would have recognized the causes for which Berlin recruited him"

The literary critic Maurice Bowra summed him up thus: "He thinks and says a great deal and has had an enormous influence on our times" 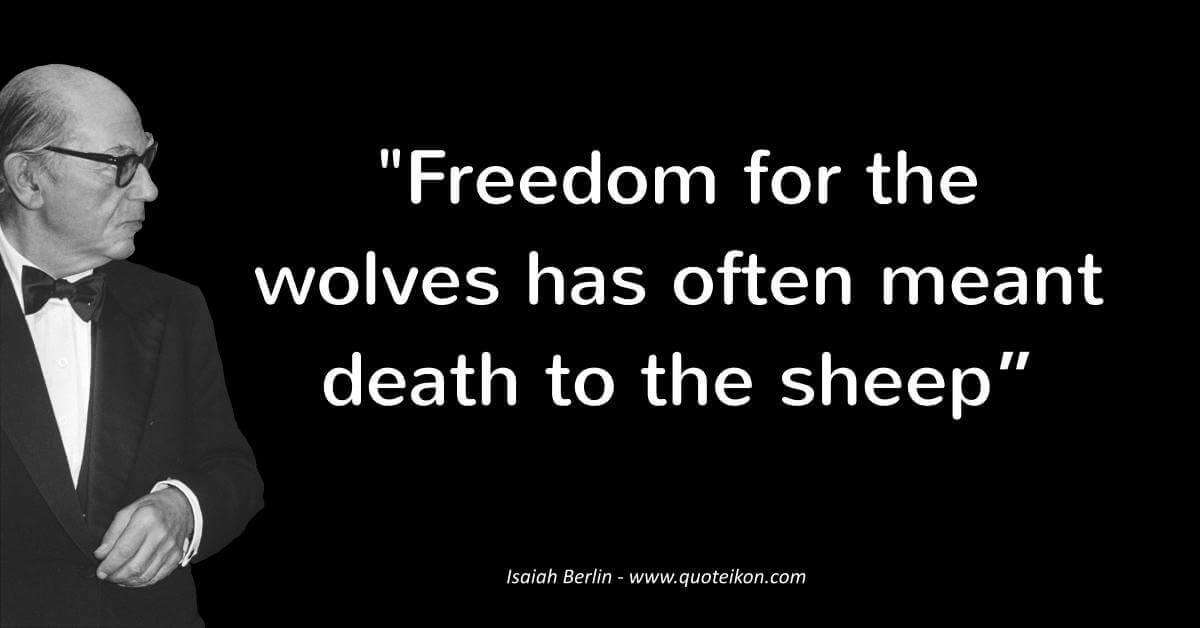