Whilst fellow writers of the era praised his work the ministry of the interior banned six of his poems from Les Fleurs Du Mal after they condemned as obscene references to lesbian love and vampirism.

The authorities deemed Les Fleurs Du Mal as an insult to public decency and Baudelaire was prosecuted and fined 300 Francs. The six banned poems were removed from the published book in France and the ban was not lifted until 1949.

He enjoyed the notoriety that his work had given him and he built on that by becoming an art critic that helped to supplement his income. He had a fascination with the writings of Edgar Allan Poe whose work he translated during the mid 1850's and is largely responsible for the popularity Poe gained in Europe.

His life mirrored his writing as he indulged in the fruits of the seedier side of Paris where he experimented with drugs and sex which in turn fed his literary imagination and contributed to his early demise at the young age of 46.

His reputation as a poet of great standing is still intact to this day as he continues to influence generations of budding writers. He was good for a one liner also so here is my compilation of 15 of the best Charles Baudelaire quotes

The French novelist Gustave Flaubert said of him; "You have found a way to rejuvenate Romanticism.... You are as unyielding as marble, and as penetrating as an English mist"

The author T.S. Eliot said of his influence; "I am an English poet of American origin who learnt his art under the aegis of Baudelaire and the Baudelairian lineage of poets" 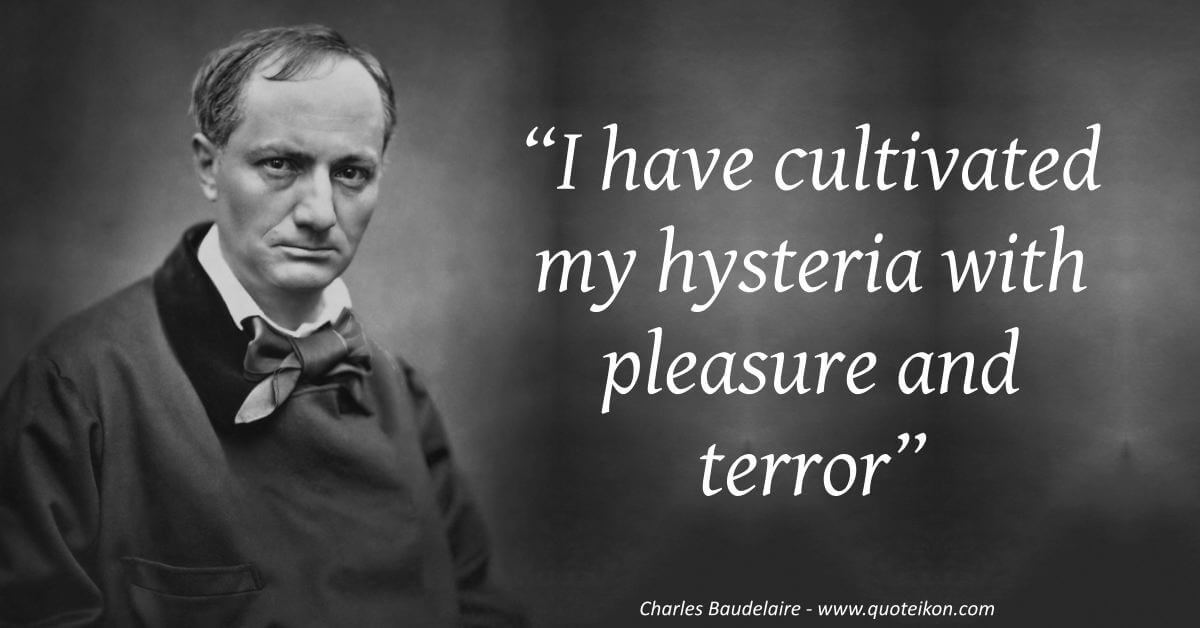