Few people outside the realms of politics have influenced world events as much as Leo Tolstoy, the Russian novelist and short story writer inspired the passive resistance mode of freedom fighting for nationalists including Mahatma Gandhi and Nelson Mandela whilst the black civil rights activist Martin Luther King Jr. adopted the same policy in the fight for equal rights across the races in America.

The book that inspired the passive resistance movements of the twentieth century was "The Kingdom of God Is Within You" which was first published in Germany in 1894 after being banned in his home country of Russia. An Indian nationalist called Tarak Nath Das wrote to Tolstoy in 1908 seeking his support for India's liberation from England and in response the Russian replied with the now famous: "A Letter to a Hindu" that Tarak Nath Das had published in the the Free Hindustan newspaper. Mahatma Gandhi was said to be "overwhelmed" by the message in "The Kingdom of God Is Within You" and after reading Tolstoys letter in the newspaper he wrote to Tolstoy requesting permission to translate the letter into his native Gujarati, this started a correspondence with Tolstoy that continued for more than one year.

Tolstoy was born to a land owning aristocratic family of wealth and privilege and growing up he enjoyed the trappings that this provided but signing up to fight in the Crimean war changed him forever. He was horrified at the violence and horrific death toll and once the war was over he left the army carrying the full horrors of war and the needless waste of lives it caused. Like many returning officers from war he decided to take a tour of Europe during which another event would have a lasting effect on the thinking of Tolstoy. It was in Paris in 1857 where he witnessed a public execution that traumatised Tolstoy to the extent he began questioning the role of governments in deciding the fate of their citizens whether through punishment, war or exploitation, this was the spark that led to his belief in non violent activism.

His life experiences led Leo Tolstoy to create his first masterpiece of literature "War And Peace" which was published in 1869, it chronicled the Napoleonic wars and the impact it had on Russia through the eyes of five families of Russian nobility. Never before had a novel described so closely the historical accuracy of an horrific war in such vivid detail, Tolstoy had studiously researched letters, journals and biographies of the key players in the war including Napoleon Bonaparte and used the experience of his service in the Crimean war to dramatise the battle scenes so accurately that a succession of generals and officers later commended his depiction. The Russian army general Mikhail Dragomirov went so far as to advise Russian Army officers to refer militarily to the battle scenes in War And Peace as: "serving for an ideal manual to every textbook on theories of military art"

His second masterpiece of literature was Anna Karenina that was first published in book form in 1878 and has since gone on to be adapted into 16 movies, 10 operas, 6 theatre productions and 4 ballets. It is a story so gripping that it always haunts the upper echelons of every "best ever" novel poll as it lays bare a romantic tragedy played out in tsarist high society in such intricate detail that the reader can almost feel the pulse of each character depicted. The detailed mannerisms make the characters come alive with expressive intention as the feelings of desire, love and hope slowly unravel to reveal the emotional turmoil of desired dreams unfulfilled and the inevitability of tragic consequences.

After Anna Karenina Tolstoy took a more spiritual leaning asking questions about the meaning of life and the universe, he was influenced by the philosophical writing of Arthur Schopenhauer, especially his book: "The World as Will and Representation". Tolstoy became a tormented soul haunted by questions neither science nor philosophy could answer, although he retained a semblance of Christian beliefs the Russian Orthodox church excommunicated him for developing a contradictory philosophy of pacifist anarchy which he maintained, somewhat vocally both theocratically and politically up until his death in 1910.

The writing of Leo Tolstoy showed his profound knowledge of historical reality being illustrated with literary genius that resembles all the intricacies of the broad tapestry of life itself. The tentacles of the Tolstoy pen continues to influence far deeper across a capacious spectrum of society inspired by his realism yet gripped by emotional connectivity to his characters in a subtle simplicity that makes 1,000 pages feel like 10.

In a career devoted to words and extracting the truth out of the meaning of life itself Tolstoy's opinions exasperated some but inspired many, he wrote philosophy in novel form and shared ideas that people still debate over a century after his death. He was a unique literary artist whose genius in words was as close to capturing the diversity of the human experience as an author could hope to achieve, the way he put perception to paper was sublime and this is the reason the name of Leo Tolstoy often crops up in discussions about the finest literary minds of all time. He spoke many words of wisdom and it is those words that have inspired me to create this compilation of 36 of the best Leo Tolstoy quotes.

Isaac Babel was impressed to say: "If the world could write by itself, it would write like Tolstoy"

Vladimir Lenin wrote in 1908: "Tolstoy is great as the spokesman of the ideas and sentiments that emerged among the millions of Russian peasants at the time the bourgeois revolution was approaching in Russia. Tolstoy is original, because the sum total of his views, taken as a whole, happens to express the specific features of our revolution as a peasant bourgeois revolution. From this point of view, the contradictions in Tolstoy’s views are indeed a mirror of those contradictory conditions in which the peasantry had to play their historical part in our revolution"

Nelson Mandela took inspiration from the great writer: "One book that I returned to many times was Tolstoy’s great work, War and Peace, I was particularly taken with the portrait of General Kutuzov, whom everyone at the Russian court underestimated"

Mahatma Gandhi felt equally inspired: "Tolstoy's life has been devoted to replacing the method of violence for removing tyranny or securing reform by the method of non­resistance to evil. He would meet hatred expressed in violence by love expressed in self­suffering. He admits of no exception to whittle down this great and divine law of love. He applies it to all the problems that trouble mankind. When a man like Tolstoy, one of the clearest thinkers in the western world, one of the greatest writers, one who as a soldier has known what violence is and what it can do, condemns Japan for having blindly followed the law of modern science, falsely so-­called, and fears for that country "the greatest calamities", it is for us to pause and consider whether, in our impatience of English rule, we do not want to replace one evil by another and a worse"

Ernest Hemingway rated him very highly: "I started out very quiet and I beat Mr. Turgenev. Then I trained hard and I beat Mr. de Maupassant. I’ve fought two draws with Mr. Stendhal, and I think I had an edge in the last one. But nobody’s going to get me in any ring with Mr. Tolstoy unless I’m crazy or I keep getting better"

Martin Luther King Jr. made this comparison: "The measured words of Leo Tolstoy's confession in My Religion reflect an experience many have shared"

Konstantin Tsiolkovsky gave this gilded cage assessment: "Tolstoy was an advocate of non-resistance only because he was protected from people’s impudence by his innumerable friends. One man can stand for non-resistance, because those who stand for resistance will protect him. You will not be able to do without resistance advocates"

Alexander Fodor spoke of his legacy: "Nearly a century after his death, Leo Nikolayevich Tolstoy remains a giant in the world of literature. While the impact of his "spiritual" mission cannot be fully gauged, we know that his pacificism, his advocacy of passive resistance to evil through non-violent means, has had incalculable influence on pacificist movements in general and on the philosophical and social views and programs of Mahatma Gandhi, Martin Luther King and Cesar Chavez" 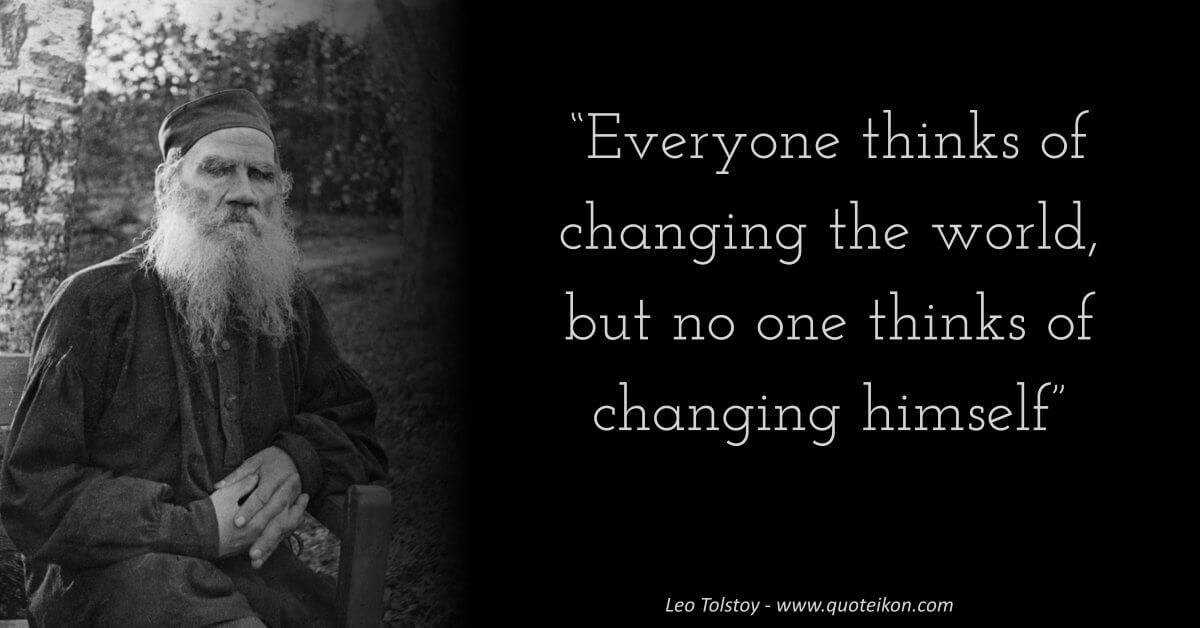