A U.S. presidential visit always causes a stir but when John F. Kennedy came to town everyone could sense and feel something very different about the man who was a trailblazing success in every arena he participated in. A Harvard graduate who upon leaving university enlisted in the U.S. navy and displayed bravery beyond the capabilities of most men as he saved his crew after their boat was sunk by the Japanese.

He became an accomplished author as he scaled the often slippery peaks of literature by winning that most coveted prize of the wordsmith a "Pullitzer". Then he went into politics and had a 100% record for victories as he never lost an election in his life. JFK was not just a winner, he had a style and charisma that was both politically and personally endearing to the American public. Television was becoming the communicative medium of choice and JFK used that to his full advantage, on the podium he gave eloquent speeches that were not just delivered with perfect diction but were phrased in such a way that they had real meaning to people of all walks of life.

He was a man of immense vision who had grand plans for the future of the United States, yet he was always a statesman who recognised his errors and learned lessons from them. The Bay Of Pigs invasion and his talks with the Soviet leader Nikita Khrushchev were both painful lessons for him but he turned these PR disasters around with how he handled the Cuban Missile Crisis.

After their Vienna talks Khrushchev believed he was weak but John F. Kennedy responded to the news of nuclear weapons sites being built in Cuba by encircling it with a naval blockade. In the ultimate game of brinksmanship JFK was quoted as saying: "We will not prematurely or unnecessarily risk the costs of a worldwide nuclear war in which even the fruits of victory would be ashes in our mouth - but neither shall we shrink from that risk any time it must be faced", indeed, he was prepared to do whatever was necessary to stop what he deemed provocative action.

Khrushchev continued to send the equipment required to complete the building of the missile sites and the most high stakes game ever was played out as the next batch of Soviet military hardware to be delivered had the full force of the American military waiting for them. At the very last minute an agreement was made and the Soviet fleet turned back.

His speeches inspired the nation and were the motivating factor in the U.S. putting a man on the moon as the space race gained momentum in the 1960's. The role of the arts under Kennedy's presidency grew in stature as he created many events for leading American artists and in 1962 he convinced the French Minister of Culture André Malraux to loan the "Mona Lisa" to America where it was displayed in the National Gallery of Art in Washington D.C. and at the Metropolitan Museum of Art in New York.

He had a penchant for reading poetry and one of JFK's quotes paid tribute to the art of the rhyme as he said: "when power leads men towards arrogance, poetry reminds him of his limitations". Civil rights were a cause close to his heart and his proposals lived on after his demise with the passing of the Civil Rights Act of 1964 under his successor Lyndon Johnson.

He was passionate about education which he saw as important for the future of the country and he made many enlightening comments on the subject including: "civilization, it was once said, is a race between education and catastrophe". Unfortunately for the world his vision for the U.S. remained just that as his assassination cruelly cut down the most inspirational president in the history of America.

The bright future he had imagined was never to be as his term in office was too short. There will never be another JFK, but his influence still lives on in newsreels and speeches from one of the finest orators the modern world has known. He was good for a one liner also so here is my compilation of 25 of the best John F. Kennedy quotes

Eminent historian, Samuel Eliot Morison recognised his greatness when he said: "With his death something died in each one of us; yet something of him will live in us forever"

One of the most poignant reactions to the death of JFK was from Leonard Bernstein when he said: "We must go on. Life goes on ..... we can’t go on" Bernstein then composed himself and said: "Of all the political men that I have ever met, Kennedy was certainly the most moving and compassionate and lovable"

Nikita Khrushchev said of their meeting: "I was generally pleased with our meeting in Vienna. Even though we came to no concrete agreement, I could tell that Kennedy was interested in finding a peaceful solution to world problems and avoiding conflict with the Soviet Union"

Despite the Cuban missile crisis Fidel Castro still said this of him: "He has the possibility of becoming, in the eyes of history, the greatest President of the United States, the leader who may at last understand that there can be coexistence between capitalists and socialists, even in the Americas. He would then be an even greater President than Lincoln"

His wife Jacqueline Kennedy knew she was right when she was quoted as saying: "Don't let it be forgot, that once there was a spot, for one brief, shining moment that was known as Camelot. There'll be great presidents again ... but there will never be another Camelot"

The author Steven M. Greer shared this revelation in his book Hidden Truth Forbidden Knowledge: "You have to understand that Jack Kennedy also was bright enough to know that Marilyn Monroe was murdered because she was going to talk about some of the things he had told her about ETs and related issues" 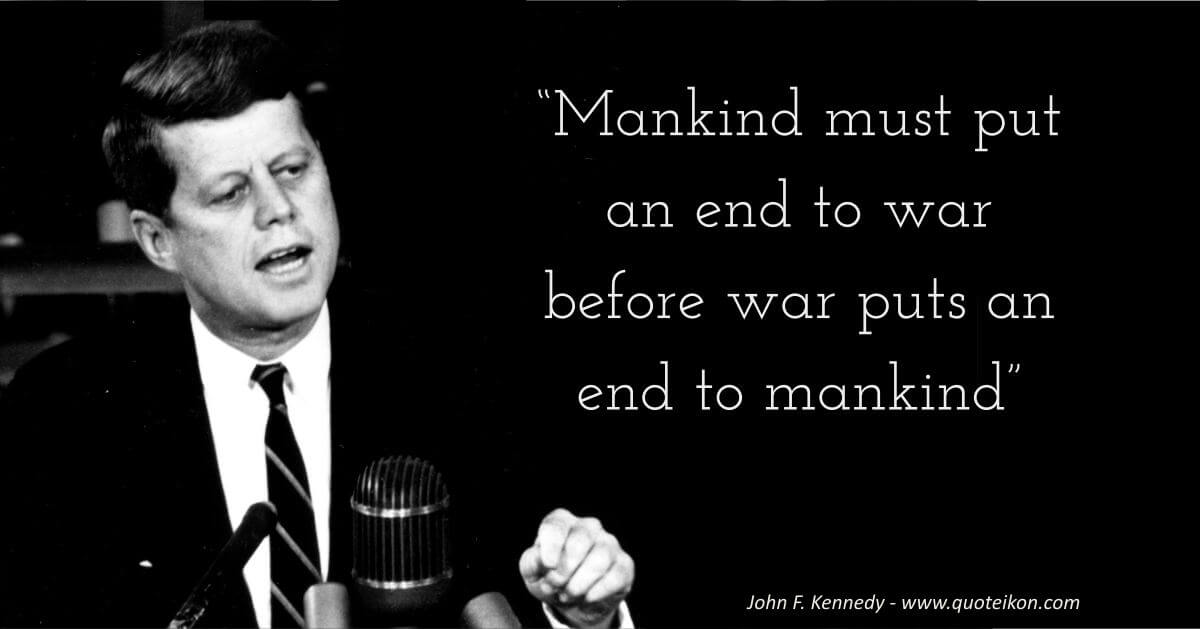