The ancient Greek philosopher Aristotle has gone into the annals of history with a reputation of having one of finest minds ever to grace planet earth. Indeed the dramatist and poet Ben Jonson was quoted as calling Aristotle: "The greatest philosopher the world ever had", but he was so much more than a fountain of wisdom of his time as his thinking and curiosity to understand things saw him make significant discoveries in science, logic and mathematics.

At The Academy he had an eminent teacher in Plato where Aristotle stayed under his tutelage for 20 years. He did not always see eye to eye with his mentor and his curious mind led to some philosophical disagreements with Plato who, upon his death, decided against allowing Aristotle to take over the Academy and instead bequeathed it to his nephew Speusippus. Aristotle left Athens at the request of King Philip II of Macedonia who wanted him to teach his son Alexander who went on to become a leader and conqueror known as Alexander The Great.

Aristotle eventually returned to Athens and set up his own philosophical school The Lyceum that was named in honour of the wolf god Apollo Lyceus. It was his recorded observations and theories on a plethora of subjects from the arts of poetry and literature to the sciences of biology and physics not to mention his notable explanations into politics and economics that made him stand out as a leading light of the Hellenic Age of discovery.

He had interesting beliefs on the universe which he saw as eternal with no beginning and no end which somewhat ties in partly with todays science of the expanding universe. He had a passion for nature where he was fascinated by observing things in their natural state including their actions and characteristics. He developed a reasoning process where he identified the water cycle, astrological events and his empirical studies began the classifications of plants and animals which set the tone for modern standard classifications.

Of his body of work only 31 of his 200 plus works have survived to this day and they have been extensively studied whilst inspiring generations of scientists and philosophers for more than two millennia. His philosophical doctrine was empiricism and as you would expect from a sage who has learnt so much from experience he was great for a well meaning one liner also, so here is my compilation of 21 of the best Aristotle quotes

The philosopher Ayn Rand was inspired to say: "Aristotle may be regarded as the cultural barometer of Western history. Whenever his influence dominated the scene, it paved the way for one of history's brilliant eras; whenever it fell, so did mankind"

The German thinker Georg Wilhelm Friedrich Hegel who influenced many paid tribute by saying: "To him the greater number of the philosophical sciences owe their origin and distinction"

The naturalist Charles Darwin described him thus: "I had a high notion of Aristotle's merits, but I had not the most remote notion what a wonderful man he was. Linnaeus and Cuvier have been my two gods, though in very different ways, but they were mere schoolboys to old Aristotle"

The astronomer Galileo Galilei talked of comparing two era and systems: "We have in our age new accidents and observations, and such, that I question not in the least, but if Aristotle were now alive, they would make him change his opinion; which may be easily collected from the very manner of his discoursing: For when he writeth that he esteemeth the Heavens inalterable, because no new thing was seen to be begot therein, or any old to be dissolved"

The philosopher Bertrand Russell shared this observation: "Throughout modern times, practically every advance in science, in logic, or in philosophy has had to be made in the teeth of opposition from Aristotle’s disciples"

The philosopher Thomas Davidson spoke highly of him when he said: "Aristotle was the best educated man that ever walked on the surface of this earth"

The poet Christopher Marlowe summed up his influence: "Live and die in Aristotle's works"

The Roman philosopher Cicero gave high praise indeed when he said: "If Plato's prose was silver, Aristotle's was a flowing river of gold"

The biologist George J. Romanes called him: "The greatest intellect that has ever appeared upon the face of this earth" 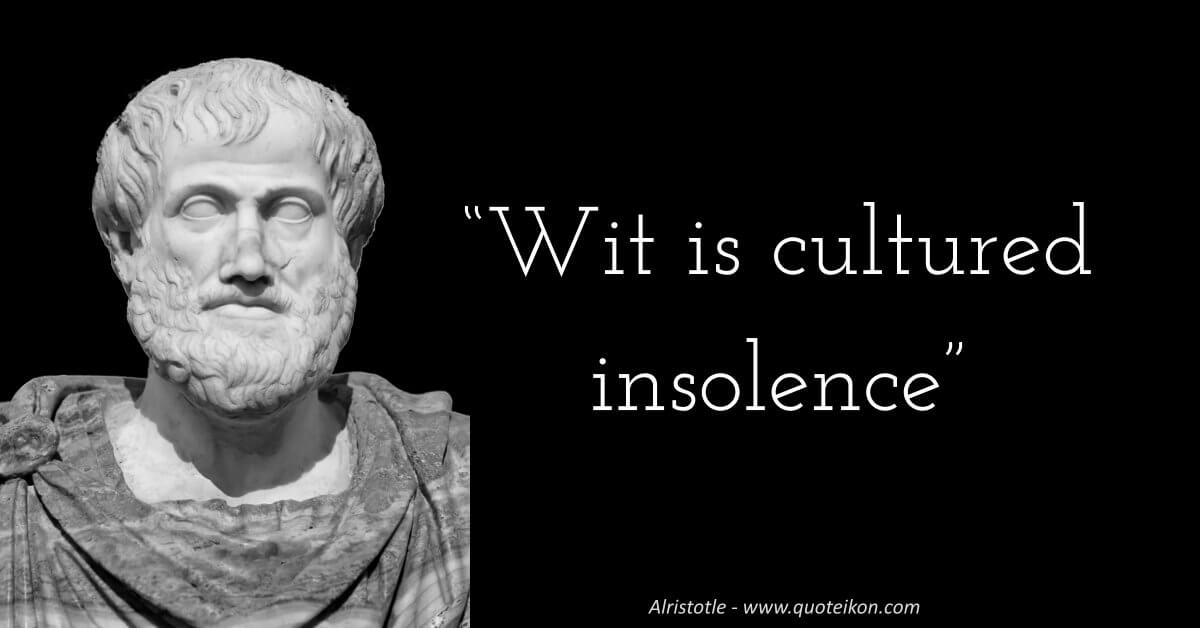