His legacy is staggering, he started it all, he influenced everyone, he was the one and only Elvis Presley who sits atop the throne of all modern music and that is why he is known as the king of rock and roll. When you scratch the surface you see the man but this superstar was as humble and as kind as they came.

Etta James saw the real Elvis when she described him as: "supercool and extra-respectful, with his 'pleased to meet you, ma'am' gentlemanly manners. He also touched my heart, many years later when my good friend Jackie Wilson was down and out, vegetating in some funky convalescent home. Elvis moved Jackie to a decent hospital - and paid for everything". The chairman of the board Frank Sinatra recognised his greatness: "I am just a singer. Elvis was the embodiment of the whole American culture".

The accolades about Elvis from the upper echelons of the music industry are legion, I could not find a bad intended word said about him on a personal or professional level. There was one story I loved about Elvis and it all came about because his manager Colonel Tom Parker urged him not to take his all black "Sweet Inspirations" backing group to 6 shows in Texas in 1970; Elvis was quoted as replying: "Fine, then we won't do any more gigs in Texas or any other such places that don't accept them. In fact, if they don't accept them, they don't accept me".

They all went and played to in excess of 200,000 adoring fans at 6 consecutive sellouts at the Houston Astrodome. I found some amazing quotes about the king so instead of writing full a bio I decided to just use these one liners from other stars to emphasise "a little more spark" about the king than my mere mortal words could ever achieve. James Brown got all brotherly in his admiration: "I wasn't just a fan, I was his brother ... I love him and hope to see him in heaven. There'll never be another like that soul brother".

When the king of the ring speaks you tend to listen, here's Muhammad Ali's verdict: "When it comes to boxing nobody has the class, the style, the wit, the speed and beauty of Ali. When it comes to singing nobody had everything like Elvis". John Legend went soul seeking for inspiration: "I wanted to channel my inner Elvis".

John Lennon was a wannabee: "I wanted to be Elvis. Before Elvis, there was nothing". Singer and songwriter Jimmy Buffet understood "The South" as he was quoted as saying about Elvis: "He was the only man from Northern Mississippi who could shake his hips, and still be loved by rednecks, cops and hippies".

A whole volume of books could be written just about what actors, singers, politicians and royalty have said about the greatest rock n' roller of all time and who could forget the epic line; "Elvis has left the building" that every stadium, arena and theatre announcer had said coast to coast across the USA. He was the first, the last and the only king, no-one else will ever occupy his throne, so I take great pride in my compilation of 20 of the best Elvis Presley quotes

Louis Armstrong had done the maths: "You ask me if I think he is good. How many Cadillacs was it he bought.? That boy's no fool"

Little Richard understood his contribution: "He was an integrator, Elvis was a blessing. They wouldn't let black music through. He opened the door for black music"

Chuck Berry spoke respectfully: "He was the greatest there ever was, is, or ever will be. We did not have the airwaves he had, but he delivered what he obtained brilliantly"

The crooner Bing Crosby was gracious in the transition to rock n' roll: "No-one could have opened the door to the future like he did"

Buddy Holly just knew: "None of us could have made it without Elvis"

Swiss actress Ursula Andress reminisced with kind affection about her great friend: "He was in fact, a one in a billion type, a wholly adorable person and we remained in touch till his death"

While the super model Naomi Campbell just nailed it: "I didn't see a colour, he wasn't white, he wasn't black... he was Elvis"

The Philippines first lady Imelda Marcus was impressed to say: "He was able to appreciate profound beauty in sounds. And he started a musical revolution. They say all revolutions start from love" 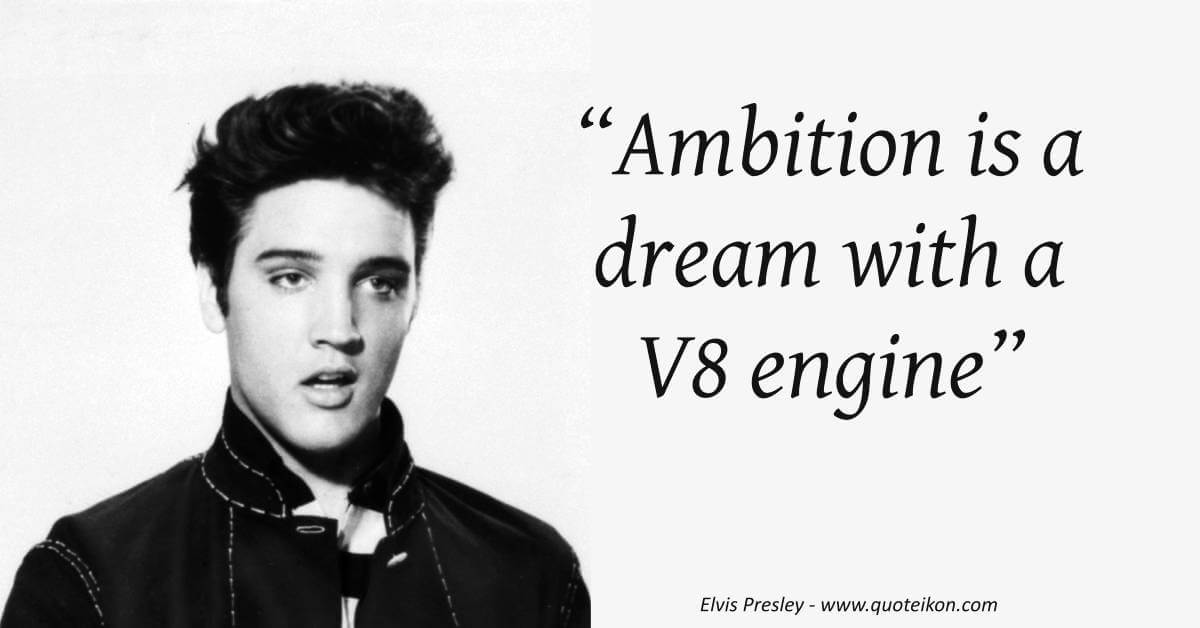