John Lennon was the boy from Liverpool with the wry smile and glint in his eye who was destined to become one of the most famous musicians in the biggest band this world has ever seen. His journey from Liverpool's Cavern Club to sell out nights in Madison Square Gardens was at the start of the era of paparazzi that recorded the Beatlemania phenomenon at every turn.

At one point John Lennon was quoted as saying: "We're more popular than Jesus now", which led to an outcry from fascist American Christians who got their music banned, but that just had the consequence of generating more sales for the Beatles as banning music raises its popularity with people more determined to listen to it out of curiosity.

Undeterred he still found the resolve and inspiration to pen the classic song "Imagine" which also mentioned religion in a none too favourable light. Along with the other Beatles he was awarded by the Queen of England in 1965 an MBE (Member of the Order of the British Empire) which he returned in 1969 citing Britain's involvement in the Biafra conflict and their support for the U.S. war in Vietnam as the reasons.

In reality he never wanted to receive the MBE in the first place with war heroes complaining about how little they had done to gain such recognition. Indeed, John was quick to respond when he quipped: "They got them for killing people. We deserved ours for not killing people. In a way it was hypocritical of me to accept it, but I'm glad I did, really, because it meant that four years later I was able to use it to make a gesture".

Gestures were a feature of his life as he understood the power of any statement he made and he used it to full effect when together with his wife Yoko Ono they refused to leave their suite in the Amsterdam Hilton hotel as they conducted the world's first "Bed-In" for peace.

He was a political activist encouraging "love not war" as his campaign for peace antagonised then President Richard Nixon who tried to have him deported for his anti Vietnam war rhetoric.

Beneath his anti establishment veneer he was an inspirational poet of the hippie generation who dreamed of world peace and used his artistry of music to become one of the most influential people of the twentieth century.

His quick witted repertoire of retorts to awkward questions added to his charisma and made him a delight for journalists to interview, it also made for the creation of fantastic one liners, so here is my compilation of 20 of the best John Lennon quotes

Paul McCartney reflected about back in the day: "We all looked up to John. He was older and he was very much the leader; he was the quickest wit and the smartest and all that kind of thing"

His wife Yoko Ono was moved to say of him: "John loved and prayed for the human race. Please pray the same for him"

When Mick Jagger was asked who he missed the most from his generation he quickly responded by saying: "John Lennon I miss the most. I was pretty friendly with him. He was talented and funny, and acerbic and to the point. Yeah, I miss him most"

Author Ray Comfort said about him: "John Lennon was a musical genius. All I have to do is think of some of his songs and even the titles make me feel good... and I'm not the only one. His music has crossed cultures and even generations"

Chuck Berry got emotional when he said: "I fell as if I lost a little part of myself when John died" 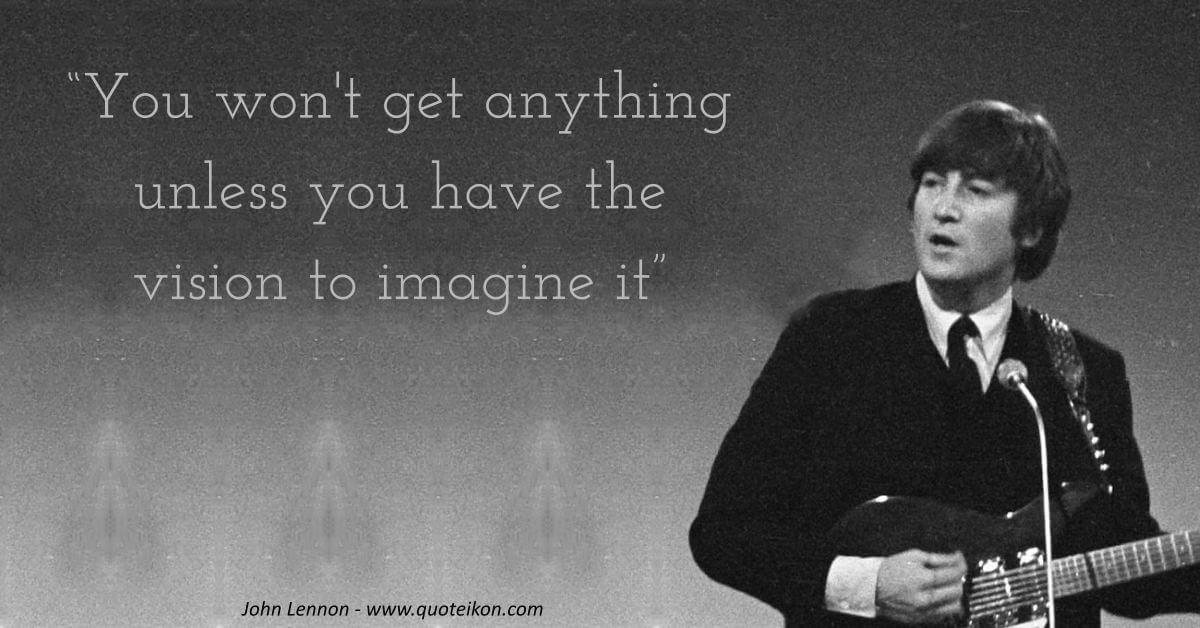