Bing Crosby was the crooning baritone with a relaxed style that rewarded him with a career that spanned five decades as a star of radio, television and movies whilst selling in excess of 300 million records to a fan base that covered the globe. After learning his trade in various 1920's bands his solo career took off in 1931 when he debuted on the radio with a 15 minute weekly broadcast.

He was an instant hit with a smooth baritone voice that had clear diction and tonal expression that when coupled with his laid back but positive outlook was immediately appealing to a generation born into prohibition and raised through the great depression. While the 1930's made him a star the 1940's would see him become the first multi media superstar as a box office sensation to cap his singing and radio career.

He was not only awarded an Oscar but he won the hearts and minds of the American people as he put in the miles entertaining the troops in both Europe and Asia with a poll of GI's naming him as the person that done more for troop morale than any other.

The 1950's saw him conquer the sphere of television as he maintained his popularity to a new generation who understood why their mom's and pop's adored his singing and charisma. All through his life he was an avid golfer with a good handicap and his ultimate demise was when he walked to leave the 18th green and suffered a heart attack after a winning round of golf at the La Moraleja golf club in Madrid Spain.

While he will always be remembered fondly as the crooner who sang White Christmas he was also good with a one liner, especially in his double act with Bob Hope, so here is my compilation of 15 of the best Bing Crosby quotes

Bob Hope reminisced in nostalgic tones as he spoke from the heart: "Dear old Bing. As we called him, the Economy-sized Sinatra. And what a voice. God I miss that voice. I can't even turn on the radio around Christmas time without crying anymore"

A stunned Frank Sinatra remembered him fondly: "He was the father of my career the idol of my youth and a dear friend of my maturity. Bing leaves a gaping hole in our music and in the lives of every body who ever loved him. And that's just about everybody"

The critic Henry Pleasants described his voice: "The octave B flat in Bing's voice at that time [1930s] is, to my ears, one of the loveliest I have heard in forty-five years of listening to baritones"

Louis Armstrong was impressed to describe his singing as: "like gold being poured out of a cup" 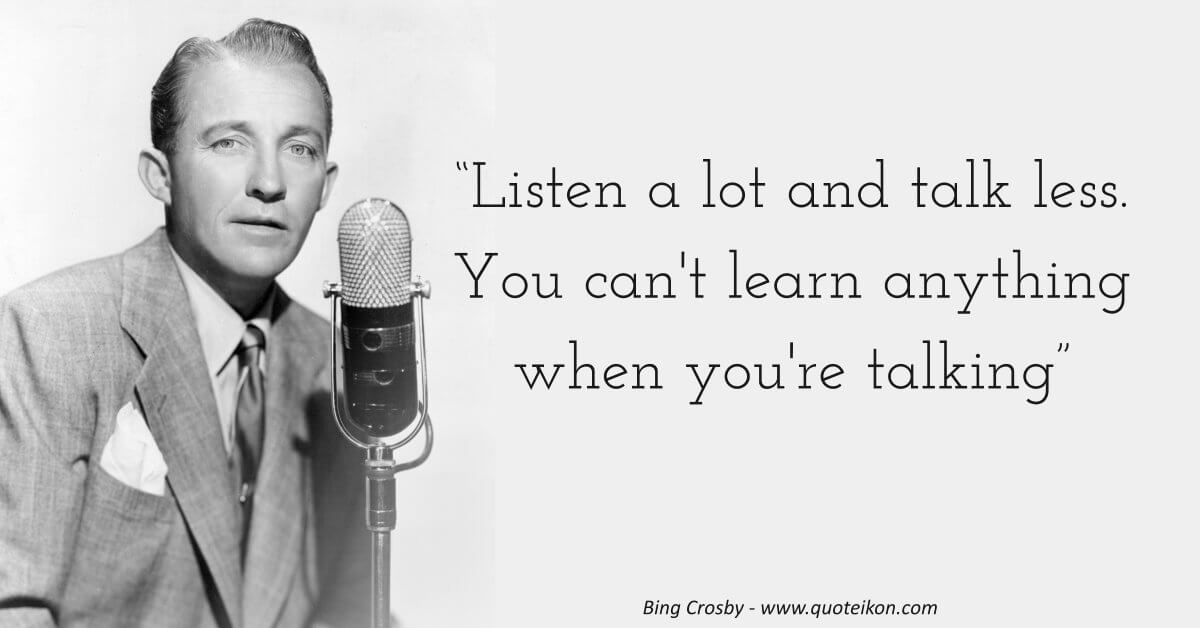