When Ursula Andress emerged from the sea in that white bikini it was a moment of cinematic magic that will live on for eternity. Little did she know that this iconic moment from the Bond movie "Dr No" would change her life forever.

Suddenly doors were opening for her that she could never have even dreamed of and the movie offers just kept pouring in giving her the luxury of options most actresses would undress for in the blink of an eye.

Before she knew it she was sharing the camera with Elvis Presley in "Fun In Acapulco" and then in "4 For Texas" with Frank Sinatra, Dean Martin and Anita Ekberg.

Andress had a screen presence that captivated the imagination and her smouldering good looks made her the eye candy directors could rely on.

Ursula has been involved in close on 40 movies but the 1962 role of Honey Rider in "Dr No" is still the most memorable that set her on the road to movie stardom.

She was more sought after for her beauty than her dialogue but she still managed a few good one liners, so this is my compilation of 15 of the best Ursula Andress quotes.

The director Woody Allen once drooled: "I dreamed of being Ursula Andress's pantyhose"

Alan Fortas the author and associate of Elvis Presley made this observation: "There was a lot of speculation that she and Elvis were having an affair, but Ursula was married to John Derek, the actor - turned-producer-director, and Elvis didn’t fool around with married women … she wasn’t his type - neither dark-haired or petite"

Albert Broccoli shared the Bond girl requirement required for Dr No: "She had to be strikingly beautiful, voluptuous, but with a childlike innocence. As Bond's first screen heroine, she had a key role"

The James Bond producer Albert Broccoli on her Bond legacy: "We always tried to get a girl who was like Ursula. She was an unknown when we cast her. We picked her picture out of a pile of rejects. She was dripping wet, and she looked beautiful. So we made a deal for her. When I got to Jamaica for the filming, there was this beautiful creature, and I thought she was great, and I knew then that she was the type of girl we should use for future leading ladies—an unknown with a new face who wouldn't demand an outrageous salary" 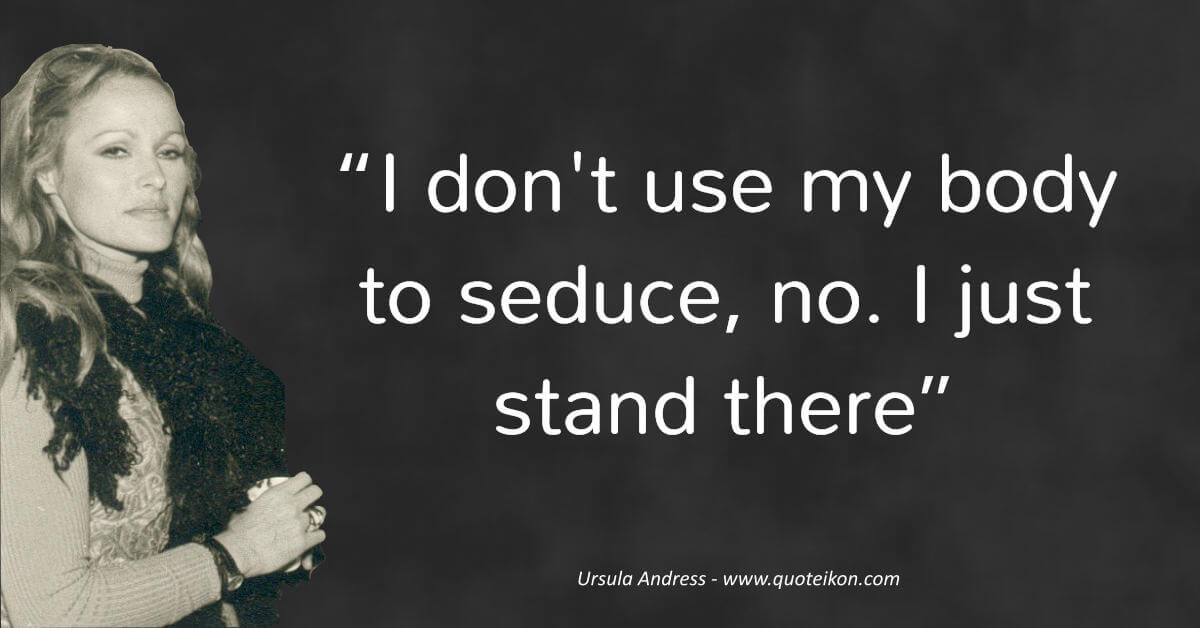