Rising above your siblings can be daunting when they number into double figures but Imelda Marcos is the Filipino lady whose ambitions, beauty and charm saw her succeed wherever she dared to try.

From early beauty pageants to falling for the rising star of Filipino politics in Ferdinand Marcos she had an uncanny knack of making good decisions at the right time. After her marriage to Ferdinand the Filipino press thought she would be the stereotypical trophy wife but Imelda was having none of that.

Through her charm and persistence she proved a formidable ally to Ferdinand as she garnered support to help him get elected and hold onto power for 20 years. Many speculated that she was the real force behind the Ferdinand years in the corridors of power and she even survived a 1972 assassination attempt.

In between her world famous shopping trips she actually did a lot of good for the Philippines including being the driving force behind many economic projects and new buildings. The excesses of the Marcos years in power eventually took their toll and they were ousted in a coup d'état in 1986.

Imelda and her family fled to Hawaii after the 1986 coup d'état, in 1989 she was allowed to return after the death of Ferdinand and after facing many trials and tribulations she still emerged as a successful businesswoman in her own right and cemented her footprint back into the political landscape of the Philippines.

She is nearly as well known for her statements as she was her extravagance, meaning she was great for a quick quip, so this is my compilation of 15 of the best Imelda Marcos quotes.

The writer Ed Leibowitz described her thus: "A cunning child with a remarkable gift for both self-delusion and self-preservation. Marcos always maintained her childlike sense of entitlement, despite the harsh realities of life"

The author Carmen Pedrosa described her back in the day: "Imelda was a star, she was just everybody's darling, beautiful, tall; they were calling her the Jacqueline Kennedy of the Philippines"

The journalist Alan Robles was surprised to realise: "Our generation made a mistake. We thought that the crimes of the Marcoses were so incredible and so bad that people would never forget them. But people do forget"

The writer Carlos Lopez commented on her contribution to the worlds vocabulary: "Well, at least Mrs. Marcos has made a significant contribution to our lexicon. To call something "imeldific" would describe it as a shameless and vulgar extravagance" 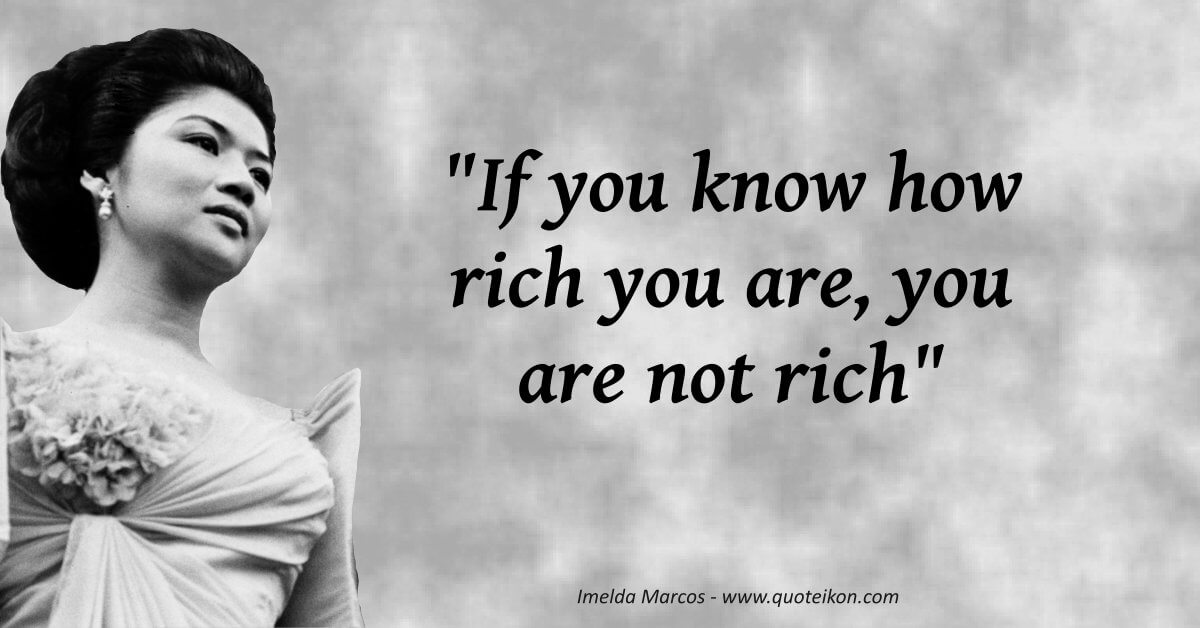 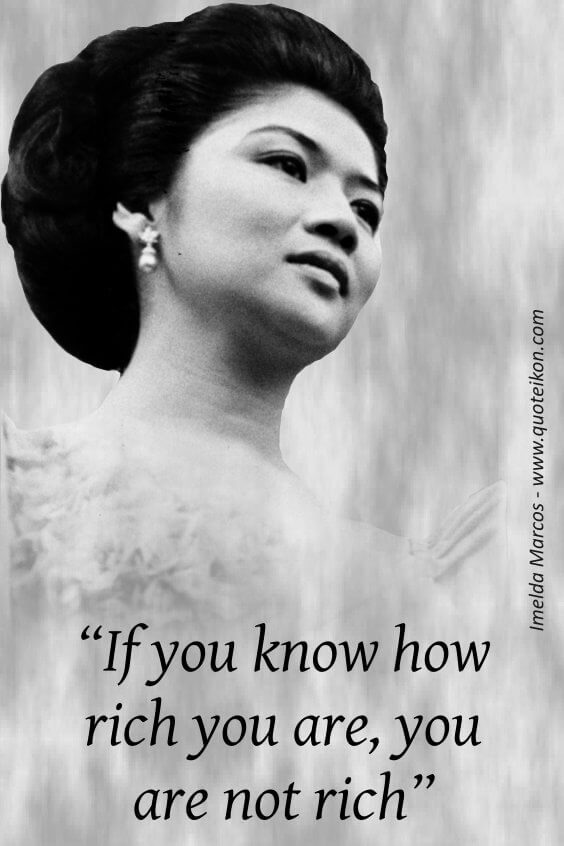