Muhammad Ali rewrote the boxing history books with his legendary career that saw him become the first boxer to win the undisputed world heavyweight championship on three different occasions. He earned his self acclaimed nickname as "The Greatest" by proving it time and again in the ring to become regularly recognised as the greatest heavyweight boxer of all time.

Back in 1960 when he won the Olympic gold in Rome in the light heavyweight division he was known under his former name Cassius Clay. In the same year he turned professional and up until 1963 he recorded a record of 19 wins with 15 KO's as his reputation was growing in tandem with his verbal taunting of opponents before he met them in the ring.

His big break came in 1964 with a shot at the current world heavyweight champion Sonny Liston, Clay was a massive underdog but had the bravado to taunt Liston before the fight, but true to his word he defeated the Champ in the seventh round by a TKO to take his title in a victory that shook the boxing world.

Shortly after becoming champion he changed his name and he defended his crown up until 1966 when he was stripped of his titles for refusing to be drafted to the U.S. army to fight in Vietnam. During this period he took to fighting court cases rather than boxing opponents and he did not officially enter the ring again until 1970.

The 1970's saw Ali participate in some of the greatest fights of all time with bruising encounters against Joe Frazier and Ken Norton that culminated in Ali being lined up against the formidable George Foreman in what was billed as "The Rumble In The Jungle". Pound for pound Foreman was probably the hardest puncher in boxing history but Ali rose up against all the odds to be victorious and gain his heavyweight title for the second time.

Ali followed up fighting relative journeymen until he defended his title against a real contender in the form of smoking Joe Frazier. Ali was victorious in a brutal battle that lived up to its billing of the "Thrilla in Manila", however he admitted afterwards that the fight: "was the closest thing to dying that I know".

Ali held the title until he was defeated by Leon Spinks in 1978 in a fight that he later admitted he was ill prepared for due to a lack of pre-fight training. A rematch was scheduled for later that year and Ali regained his title from Spinks with a unanimous decision from the judges making him the first heavyweight to win the world title three times.

An aging Ali finally retired from professional boxing after losing convincingly to Larry Holmes in 1980, for too long he had avoided the realisation that father time had caught up with him and the defeat by Holmes was a sad ending for such a magnificent champion.

Muhammad Ali was tabloid gold dust as the headlines that followed him through his career can testify, he was as well known for outrageous statements as he was for his warrior like performances in the ring. He was the original rapper who invented memorable rhyme and verse for all his big fights as he sought to psychologically defeat his opponents before they entered the ring. Ali was a master of the metaphor who brought his poetry from the press conference into the ring with forboding lines like: "Henry, this is no jive. The fight will end in five", which proved fateful for Henry Cooper in 1963 when the fight was stopped in the 5th round.

Rappers who grew up watching Ali in and out of the ring have been influenced by the boxer dubbed 'The Louisville Lip' with Public Enemy’s Chuck D being impressed to describe him as: "one of the first black men to come along and speak his mind". Having himself inspired generations of rappers Muhammad Ali was once cited as describing the king of rock and roll thus: "I don't admire nobody but Elvis Presley. He was the sweetest, most humble and nicest man you'd ever meet".

Throughout his life his witticisms made life easy for the press to create their headlines as his linguistic skills shone as brightly as the quick witted poetry that flowed so effortlessly off his tongue, this was a showman with a conscience who knew how to captivate and enthrall which he carried out with great dignity. He had a natural wit that he coupled with a conviction of purpose which he could tap into at will for some of the greatest one liners which I have included in my compilation of 25 of the best Muhammad Ali quotes.

George Foreman talking about the 1974 'Rumble In The Jungle' was quoted as saying: "I thought Ali was just one more knockout victim until, about the seventh round, I hit him hard to the jaw and he held me and whispered in my ear: 'That all you got, George?' I realized that this ain't what I thought it was"

Joe Frazier thought he was more of a looker than Ali gave him credit for: "Ali kept calling me ugly, but I never thought of myself as being any uglier than him, I have 11 babies, somebody thought I was cute"

After the 'Thriller In Manila' Joe Frazier stated with disbelief: "I hit him with punches that would have brought down the walls of a city"

Ken Norton truly believed he was the better fighter: "Ali and his people tried to call me awkward. It makes me sound like I didn't know what I was doing. I was more than that and I just had the style, with the jab, to beat Ali. It's that simple"

Ken Norton was also quoted as saying: "Ali defeated everyone mentally first. With Frazier, Ali had him so mad Joe was trying to kill him with every shot. With Foreman, he tried to kill him with every shot. Mentally, Ali could not defeat me and physically I felt I was as much a physical power as Ali was. He couldn’t upset me in any way and plus, I had Eddie Futch. Eddie knew how to fight Ali. You can’t go to the head with him. You have to go to the body first and then eventually he will bring his hands down and lower his head"

The boxer Mike Tyson recognised Ali's warrior spirit: "He had too much pride. He'd rather die than let somebody beat him"

The journalist Bob Mee described him thus: "He was a great fighter, one of the greatest who ever lived. But beyond that he was a good man" 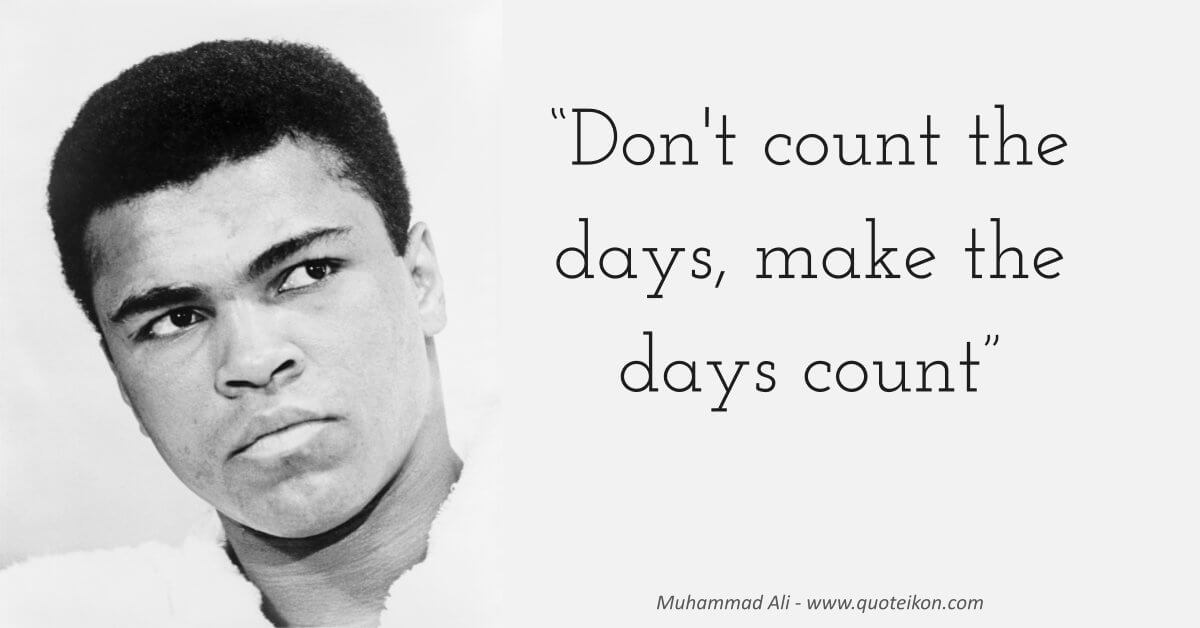