Ovid was the Roman poet whose verse lit up the latter part of the golden age of Latin literature with his masterpiece "The Metamorphoses" still cited as an important ancient mythological story of the creation of the world.

He came from a successful family who sent him to the Academy for his education and he was expected to take up a high position in public office. Ovid had other ideas and spent some time travelling before deciding he wanted to dedicate his life to poetry.

Ovid was the darling of multiple Roman social hierarchies and it would seem he could do no wrong as his literary success stood him in good stead. However there was trouble brewing for the celebrated poet and in the year 8CE the emperor Augustus banished Ovid to exile to the town of Tomis on the outskirts of the empire in deepest darkest Romania.

Ovid was stricken with grief and he was to spend the remaining years of his life in this desolate spot and he was quoted as describing the natives as: "frightening barbarians". Through letters and appeals he tried to get his exile over turned and in one of his final works "Tristia" he alluded to why he was banished by saying: "Two offences, a poem and a mistake, have destroyed me".

It was not clear which was the poem that upset Augustus but his mistake could have been anything from an illicit affair with a Roman elite or being privy to a collaborative political plot and not informing the emperor. As one of the greatest ancient poets he was good for a one liner so this is my compilation of 22 of the best Ovid quotes

The Bard of Avon William Shakespeare recognised his talent as he said: "Here are only numbers ratified; but, for the elegancy, facility, and golden cadence of poesy, caret. Ovidius Naso was the man: and why, indeed, Naso, but for smelling out the odoriferous flowers of fancy, the jerks of invention?"

The French philosopher Michel Eyquem de Montaigne was inspired to say: "The first taste I had for books came to me from my pleasure in the fables of the Metamorphoses of Ovid"

The Italian politician Luca Bergamo described him as: "One of the greatest poets in the history of humanity" 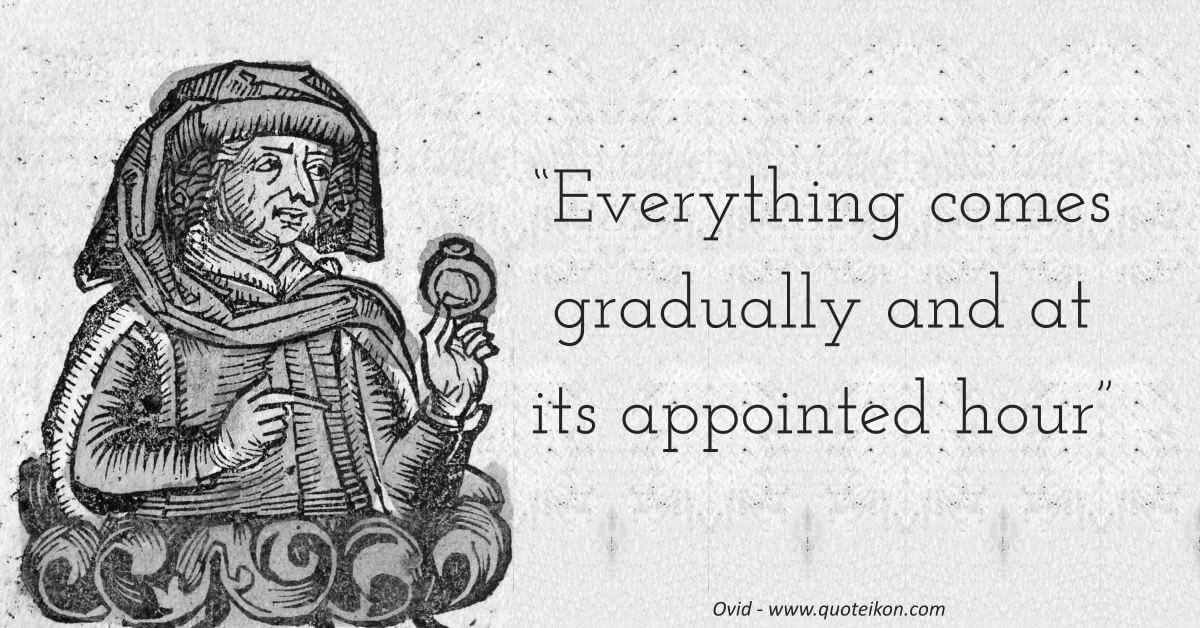