Born in Salem on 4th July 1804 Nathaniel Hawthorne came from a long line of puritans ever since his great great great grandfather William Hathorne emigrated from England. William became a judge in Salem and woe betide any poor soul ever to stand trial in his court as he garnered a reputation for harsh sentencing.

William's son John Hathorne became notorious as the judge who never repented his actions after the infamous Salem witch trials. Nathaniel's father (Nathaniel Snr) followed an old Salem tradition by choosing a life at sea and eventually captained a brig called Nabby which saw him die at the wheel from yellow fever when young Nathaniel Hawthorne was just four years old.

To this day Salem is still infamously remembered for the witch trials and Nathaniel carried a haunted fascination of his ancestry with him that influenced him to focus much of his best novels on ladies who suffered at that hands of their puritanical circumstances.

Hawthornes writing was steeped in dark romanticism and his best works stemmed from the psychological effects of sin, guilt and repentance. He hit a purple patch in the decade beginning 1850 when he penned his most successful books to date. The romantic novels The Scarlet Letter (1850), The House of the Seven Gables (1851), The Blithedale Romance (1852) and The Marble Faun (1860) were to propel Hawthorne to perpetual fame and to be lauded as one of the greatest American novelist of his time.

He started off as a short story writer but soon progressed to novels and he even wrote a biography of his lifelong friend Franklin Pierce who was the 14th president of the United States. Great writers use the page to reflect the colourful tapestry of their mind and they are also great for a quick quip or two, so this is my compilation of 18 of the best Nathaniel Hawthorne quotes.

The novelist Herman Melville described him thus: "I found that but to glean after this man, is better than to be in at the harvest of others"

The literary critic Henry James was impressed to say: "Few men of equal genius and of equal eminence can have led on the whole a simpler life.... Whatever may have been Hawthorne's private lot, he has the importance of being the most beautiful and most eminent representative of a literature. The importance of the literature may be questioned, but at any rate, in the field of letters, Hawthorne is the most valuable example of the American genius"

His wife Sophia Hawthorne, who was a celebrated artist, put bias to one side to dwell on Nathaniel's creative brilliance: "I am always so dazzled and bewildered with the richness, the depth, the … jewels of beauty in his productions that I am always looking forward to a second reading where I can ponder and muse and fully take in the miraculous wealth of thoughts" 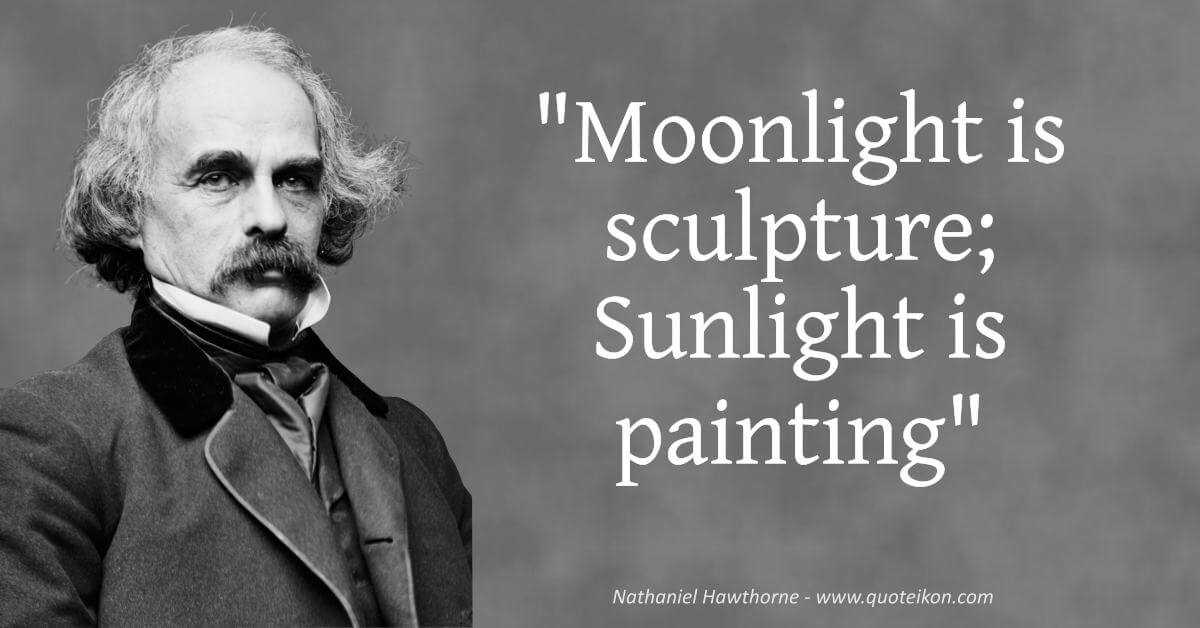