Behold! an author. A literary genius whose aesthetic use of words breathed life into the soul of American literature. The barriers of banality were broken. The spirit of the American dream was realised. It was accessible to all. It was Mark Twain who revealed it in the unlikeliest of sources, the Mississippi river.

Mark Twain was the southern wordsmith whose artistry was the subtle satire that he nonchalantly intertwined with the characters he created using his native Missouri as his rock of inspiration. His two most famous works: "The Adventures of Huckleberry Finn" and "The Adventures of Tom Sawyer" propelled Twain to a celebrated author status that sees him still sitting aloft on the throne of American literature.

The correlation between Huckleberry Finn and the American dream is subtle. As with most words emanating from the pen of Mark Twain there is always a varying degree of shading that is critical to interpretation, if the mind is open to realise it.

The origins of the American dream were derived from the first European settlers. They fled from oppression and persecution to find a new life in a classless society free from the privilege of aristocracy and where meritocracy and fidelity were traits to be admired.

These were the hopes of the first settlers. The American dream was always an undercurrent of feeling that could be sensed but never truly expressed until the historian James Truslow coined the term "the American Dream" in his book "The Epic Of America" in 1931.

The American dream of the first settlers were their hopes and aspirations for a fair and equitable life, for all. But it turned into the American nightmare for later immigrants, or should I say victims of mass kidnappings.

The American Dream was supposed to be about democracy, equality, liberty, opportunity and rights. The original settlers had escaped their oppressors only for their descendants to reenact the very same modus operandi but on a far more vindictive scale. Over the generations they forgot the repressive regimes their ancestors escaped from.

Material gain became the new dream and slaves the fuel that acquired it.

Fast forward to the pre-Civil War period and imagine Huck and Jim floating down the Mississippi with each feeling liberation of a different sort. They are both escaping to seek a new life with hopes and aspirations borne in the seed of freedom and justice for all.

The Mississippi river became symbolic as the ultimate measure of freedom. Huck and Jim had no one to answer to as their raft floated down river staring at the stars at night whilst smoking and fishing by day.

The Adventures of Huckleberry Finn has been banned by certain institutions and libraries because of allegations of racism and over-use of a derogatory word for people of colour.

On reflection it is not a racist book. It actually sets the tone of how red necked America acted prior to the abolition of slavery. The vernacular tongue of Huck is crude because the blank canvas gifted to his mind at birth was corrupted with racist teachings that all kids in the south were blighted with.

The way Twain captures the essence of the era yet uses his protagonist, Huck, to condemn slavery through his actions rather than his words is masterful. Huck tends to follow his heart and do the right thing whilst racked with guilt because his conscience tells him he is doing the wrong thing.

This is the brilliance of the author shining through by using irony as a medium of communication that portrays a powerful message of following your personal moral compass as opposed to a sheep like mentality of following oppressive standards that a so called civilised society deemed acceptable.

Mark Twain was a self educated man who was put to work as a typesetter at the age of twelve after the premature death of his father. An avid reader, he visited libraries in his spare time as he devoured information to satisfy his thirst for knowledge.

In 1857 Twain embarked on a training schedule to be a steam boat pilot on the Mississippi River and after two years training he got his pilots licence. He worked as a steam boat pilot until the outbreak of the American civil war in 1861 stopped all commercial sailings on the river.

Twain had a brief stint donning the grey uniform of a confederate soldier until he realised he did not share his southern comrades passion for defending slavery so he left to find fortune out west.

The precious metal mines of Nevada beckoned. He dug in vain for a vein of silver that would make him rich. Twain discovered he was far more successful with the pen than the pick and so began his writing career in various newspapers before he finally put pen to manuscript on his novel masterpieces about Messrs Finn and Sawyer.

Mark Twain was the publisher of the acclaimed memoirs of Ulysses S. Grant in a deal he struck to financially help the former head of state who hit on hard times and was suffering from cancer.

Twain was also a speculator, not a very good one at that. After failed investments, Mark Twain filed for bankruptcy in 1894. Despite being in a position to not pay his creditors he made the decision to work hard and pay every last creditor and so his mind was also debt free.

With the loss of the Twain fortune, Mark went back to what he knew best. The lecture circuit. This was to be his path to pay off his creditors.

As he strode up to the podium Twain cut a dashing figure with his iconic white suit and leonine mass of white hair complete with commanding moustache.

Twain needed no rehearsal for his repertoire of peppery primed puns. His quick witted responses were more in tune with a production line mind that rattled wit off the Twain tongue as smooth as the flow of his beloved Mississippi.

He had an instinct for branding that was way ahead of its time. Mark Twain knew and understood the importance of his "name" as a brand and he nurtured his style to that of a charming and courteous yet somewhat cantankerous comedic caricature feeding the cult of celebrity that was the current craze.

The power of publicity was something Twain understood very well. His reaction of gleeful amusement when Huckleberry Finn was banned by libraries across the U.S. surprised many impartial observers. The cynics saw through it though as the profile is raised on all banned books making them much more desirable in the eye of potential readers.

Twain also felt the compulsion of cosmic inspiration. He was born just after Halley's Comet made its closest pass to the earth in 1835 and he predicted correctly that with Halley's Comet returning to earth in 1910 that he would die in its slipstream. One day after the comet's passing he suffered a cardiac arrest and died just as he had foretold.

He is often described as the quintessential American, although Mark Twain himself questioned this with a degree of certitude: "Are you an American? No, I am not an American. I am the American". Indeed he was and indeed he is the father of modern American literature.

When humour has meaning it becomes the sharpest tool in your armoury and Twain was armed to the teeth with quick witted quips and imaginative puns that I have summarised into 26 of the best Mark Twain quotes.

The celebrated author George Bernard Shaw was impressed to say: "I am persuaded that the future historian of America will find your works as indispensable to him as a French historian finds the political tracts of Voltaire"

Ernest Hemingway gave high praise indeed when he said: "All modern American literature comes from one book by Mark Twain called Huckleberry Finn. But it's the best book we've had. All American writing comes from that. There was nothing before. There has been nothing as good since"

The scholar Dr Alan Gribben shared this assessment: "Twain was, from the beginning, dismissed by many elite critics. Even today, there are those who look down their noses at Twain as an unrefined upstart, a lucky opportunist who gained fame merely on the basis of his outrageous humour." 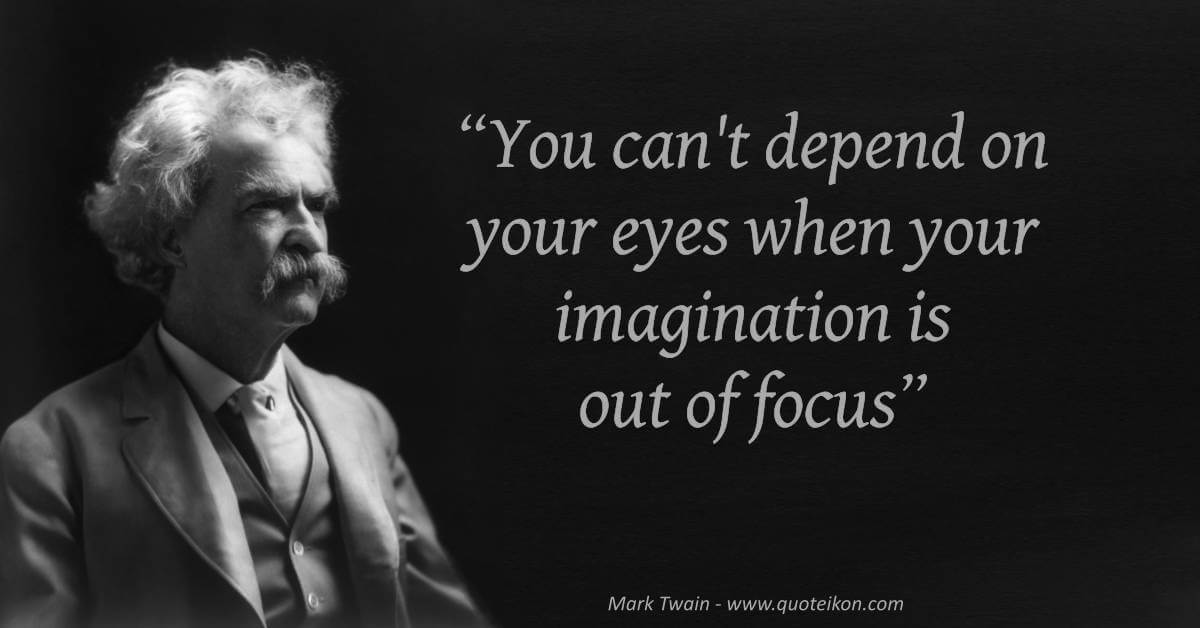 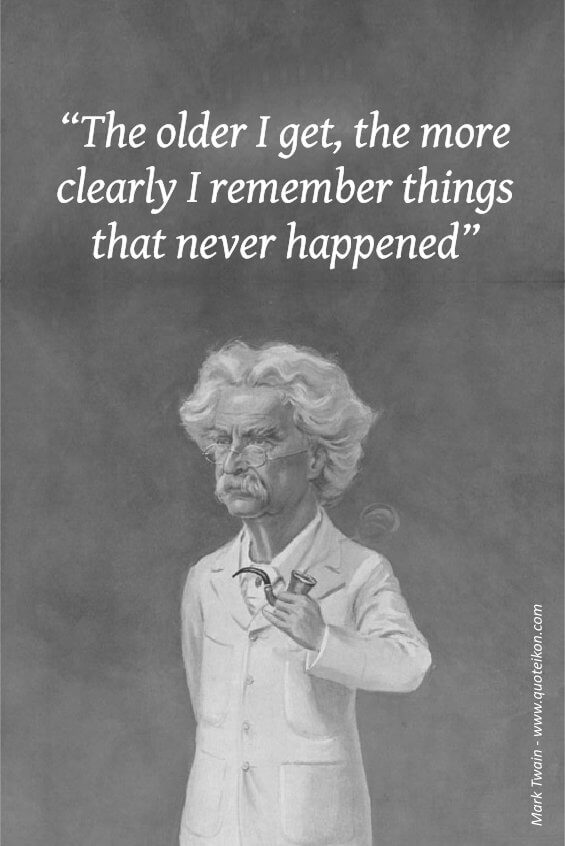