Gina Lollobrigida was the Italian beauty who studied art and sculpture but became one of the most high profile European actresses of the 1950's and 1960's. She was placed third in the Miss Italy competition in 1947 behind Lucia Bosé who won with Gianna Maria Canale coming second. All 3 went on to become famous actresses although Gina was the most successful on the silver screen.

After her early successes in Italy the movie mogul Howard Hughes flew her to Hollywood where she signed a preliminary seven year contract but after a dispute she returned to Europe and she could not shoot a Hollywood movie on U.S. soil until the 1961 film "Go Naked in the World" which was shot in Acapulco, Mexico and San Francisco.

Gina shared top billing with a host of Hollywood greats including Humphrey Bogart in Beat the Devil (1953), Errol Flynn in Crossed Swords (1954), Frank Sinatra and Steve McQueen in Never So Few (1959) and Yul Brynner in the historic epic Solomon and Sheba (1959).

She considered Solomon and Sheba as a career highlight as she was quoted as saying: "There is only one trouble with having played the most famous courtesan of all times and that is, after Sheba, all other roles will certainly seem tame and anticlimactic".

She was not just a pretty face as she also reinvented herself to become an accomplished photographer who arranged photo shoots with a host of the rich and famous including Fidel Castro, Paul Newman and Salvador Dali. Her 1974 interview with Fidel Castro saw her scoop the worlds press and gave her kudos as a renowned photojournalist.

In 2013 she put her entire jewellery collection up for auction at Sotheby's in Geneva where it fetched an eye watering $4.9 million and she donated the proceeds to raise money for stem cell research. The legendary Italian beauty was also good for a few one liners so here is my compilation of 12 of the best Gina Lollobrigida quotes.

The screenwriter Marcello Marchesi gave her this description: "Gina Lollobrigida. The Atlantic chest"

The critic Włodzimierz Szaranowicz was moved to say: "Gina Lollobrigida was to me an absolutely beautiful and perfect woman. It seemed to me that there would be no more beautiful women, and about that I take my old memories" 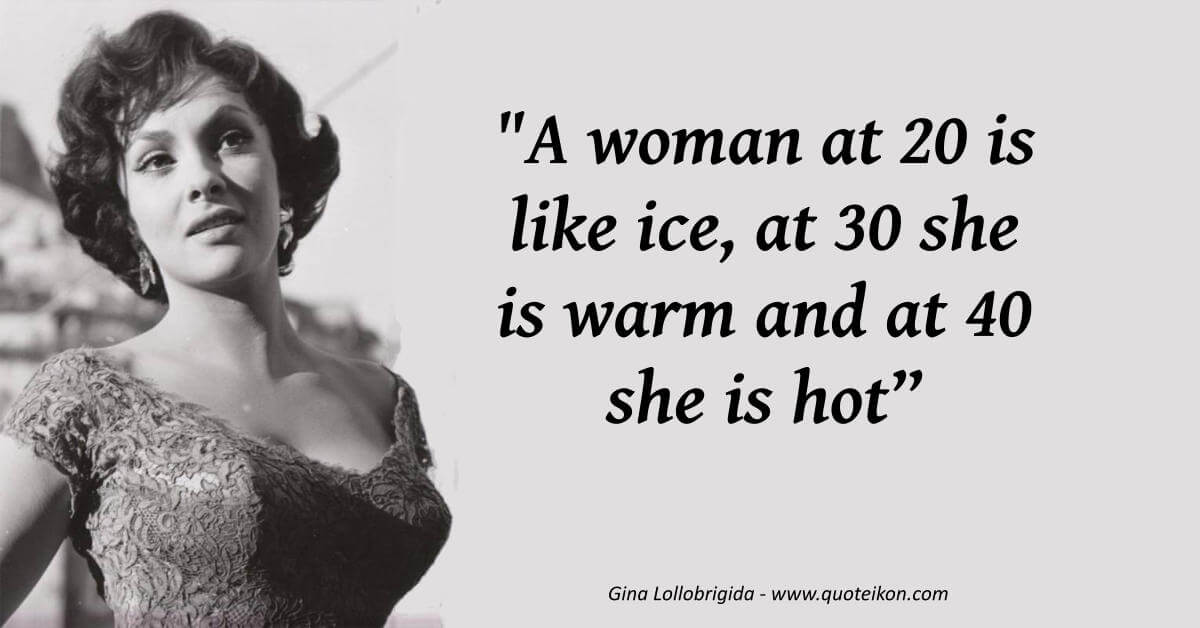 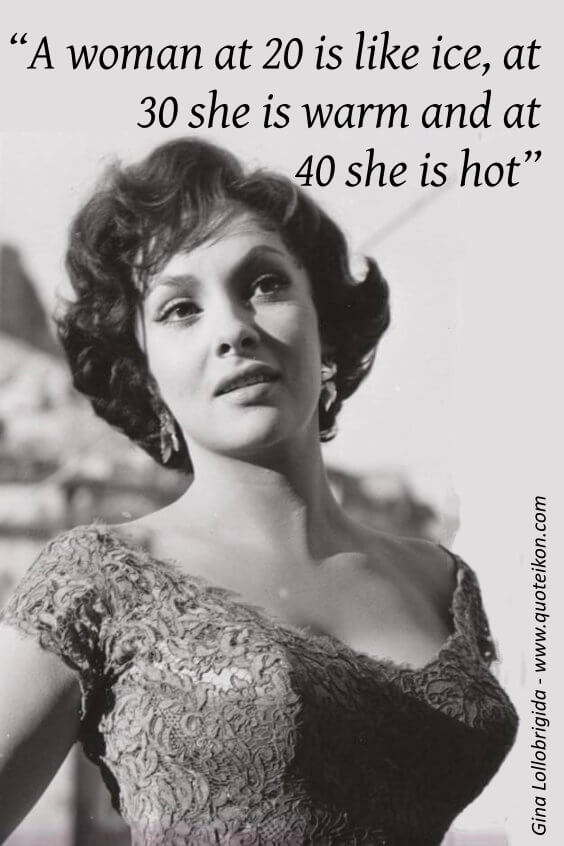