Yul Brynner was the boy from Vladivostok who used his Asian good looks and natural talent to become one of the biggest Hollywood stars of the 1950's and through to his final silver screen appearance in 1976.

Brynner was in demand making the top ten box office Hollywood stars in both 1957 and 1958. His rise to fame came when he was cast as King Mongkut of Siam in The King and I in 1951 and a costume designer called Irene Sharaff insisted that he should shave his head, he reluctantly complied and the legend of The King was born.

Brynner's portrayal of the King of Siam was spell binding, his authority on stage commanded the respect that only a true king could portray. His mesmerising stare was unflinching and his voice had the authority of an almighty ruler, he was simply a perfect fit for the role that was to become his signature.

His career could have easily type cast Brynner as the Asian actor or the King of Siam but he broke that mould by starring in different genres of successful movies such as The Ten Commandments (1956), Anastasia (1956), The Magnificent Seven (1960), Villa Rides (1968) and Westworld (1973).

Yul Brynner cultivated an imposing figure on screen who could deliver an air of sophistication or a scowl that demanded to be taken seriously as an inscrutable bad guy. An enigmatic lifestyle was built around the mystery of the bald man with piercing eyes who became the Hollywood lead directors could turn to deliver the star quality of on screen dominance as a pre-requisite.

Yul was a lifelong smoker who died of lung cancer in 1985 and he left a strongly worded message to the world about the detrimental effects of smoking cigarettes. His off screen persona was just as mysterious and he fuelled that with stories and quotes that asked more questions than gave real answers, so this is my compilation of 18 of the Best Yul Brynner quotes.

Back stage at a 'The King And I' performance, Yul had a visitor called Cecil B. DeMille who asked him this: "Mr. Brynner, how'd you like to make a picture that your grandchildren will see in the theaters around the world? .... Then will you play Rameses in The Ten Commandments for me?"

The actor Charlton Heston was impressed to say: "He was a remarkable person. His work in ‘King and I’ was beyond compare. He was a very special talent"

The critic John Mason Brown acknowledged great casting: "I doubt a more ideal King could have been found than Yul Brynner"

The critic Frank Rich was gushing with praise: "Yul Brynner's performance in 'The King and I' - the longest-running theatrical star-turn of our time - can no longer be regarded as a feat of acting or even endurance. After 30-odd years of on-and-off barnstorming, Mr. Brynner is, quite simply, The King. Man and role have long since merged into a fixed image that is as much a part of our collective consciousness as the Statue of Liberty"

Another critic Bosley Crowther was equally impressed: "Mr. Brynner, whose original performance was so utterly virile and commanding that he took possession of the role, repeats it here in a manner that the close-in camera finds fresh with pride and power"

The character George Hanson played by Jack Nicholson in the movie Easy Rider uttered this line: "They're tryin' to make everybody look like Yul Brynner. They used - uh - rusty razor blades on the last two long-hairs that they brought in here and I wasn't here to protect them" 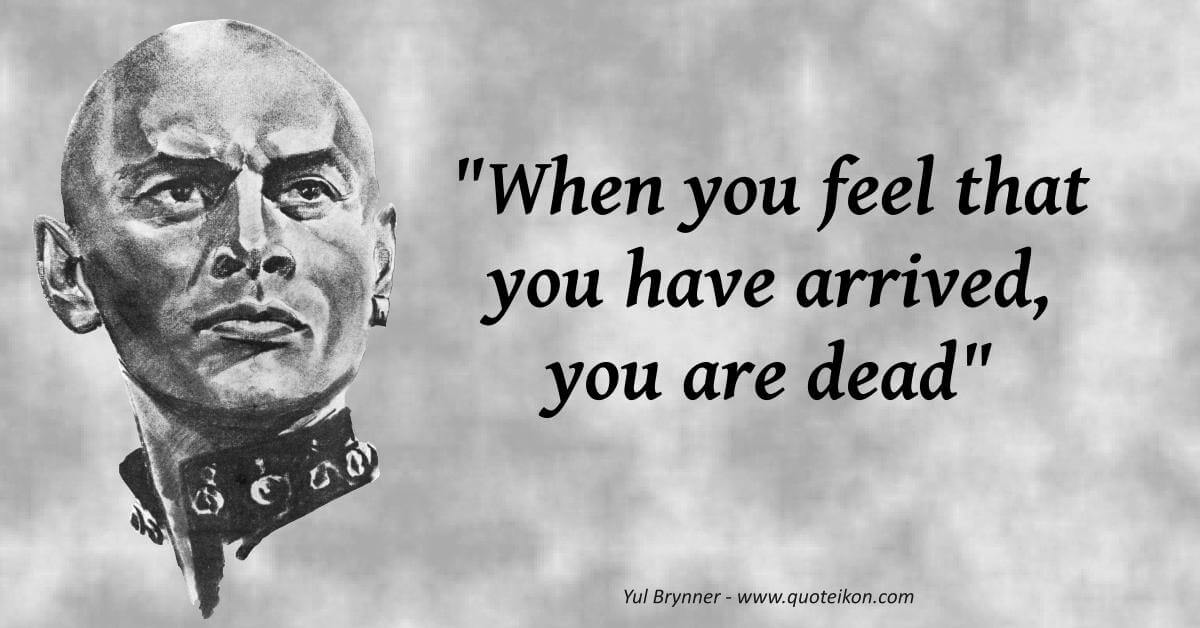