The 21st century has seen China growing on an unprecedented scale and since Xi Jinping became president in 2012 this growth has shown no sign of abating.

Growth and influence beyond the shores of China have also increased with the birth of the One Belt One Road trade project seeing investment in infrastructure across Asia.

Xi Jinping's Chinese Dream vision is also taking shape and rejuvenating China to be the worlds biggest super power. Indeed China is already the second largest economy in the world and it will over take the U.S. at some point in the 21st century.

Xi Jinping is leading China back to it's former position as the most advanced country in the world. His policies have been nationalistic which have solidified and increased his vast support from the Chinese people.

Xi also understands the key to the future is to learn from the past and never to forget your roots or political ideologies as he was quoted as saying: "To dismiss the history of the Soviet Union and the Soviet Communist Party, to dismiss Lenin and Stalin, and to dismiss everything else is to engage in historic nihilism".

Furthering the importance of Chinese Russian ties Xi Jinping was quoted as saying: "I have had closer interactions with President Putin than with any other foreign colleagues. He is my best and bosom friend. I cherish dearly our deep friendship".

As a leader he has never been short of a few wise words so this is my compilation of 21 of the best Xi Jinping quotes.

The Taiwanese President Tsai Ing-wen shared these thoughts: "I think that Chairman Xi’s courage tackling corruption is an important matter in the development of Chinese society. I also look forward to him showing a bit more flexibility in dealing with cross-strait relations. I hope that he can appreciate that Taiwan is a democratic society in which the leader has to follow the will of the people"

The journalist Evan Osnos was impressed to say: "After China had spent years investing in science and technology, the share of its economy devoted to research and development surpassed Europe's... The era of Xi Jinping has defied the assumption that China's fitful opening to the world is too critical and productive to stall"

The author Jonathan Tepperman shared this somewhat downbeat opinion: "Xi is systematically undermining virtually every feature that made China so distinct and helped it work so well in the past. His efforts may boost his own power and prestige in the short term and reduce some forms of corruption. On balance, however, Xi’s campaign will have disastrous long-term consequences for his country and the world"

The writer Rana Mitter made this comparison: "Mao Zedong's idea of China was of class-based revolution, whereas Deng Xiaoping’s was of economic transformation. Xi’s appears to be about how China is felt by its citizens, and perceived by foreigners"

The columnist Bill Gertz gave his assessment on Xi: "He has his eyes set on global hegemony, he wants China to be the dominant superpower in the world, and in order to do that, he has to diminish the power of the United States" 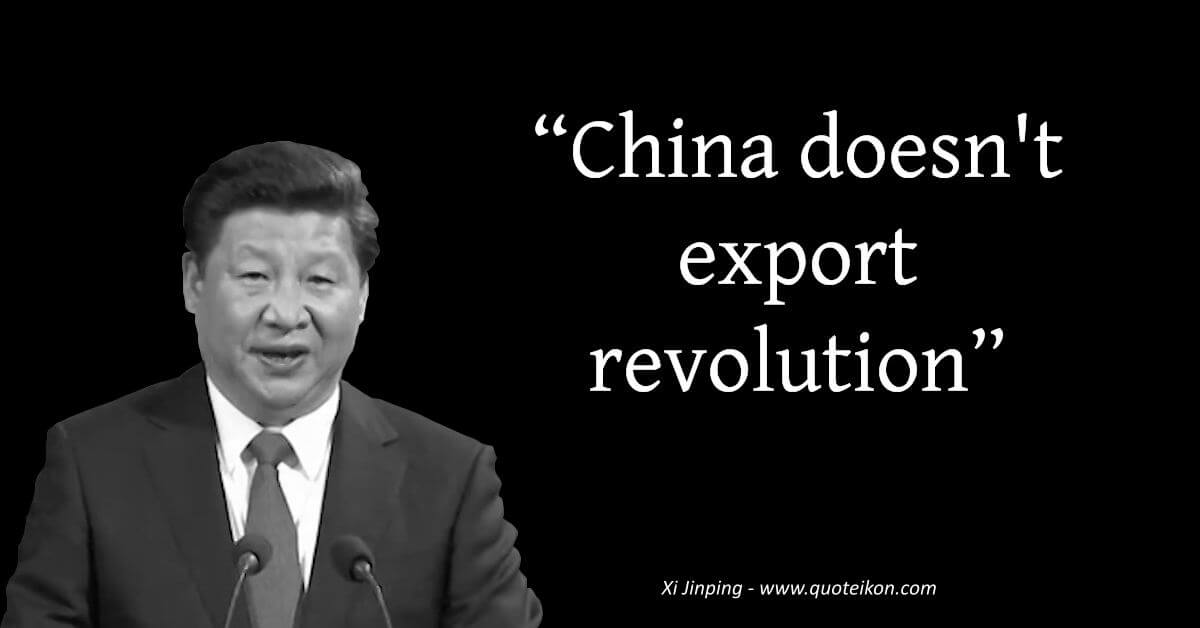