Vladimir Putin is the ex-KGB man turned politician who rose to become one of the most powerful men in the world and one of the youngest Russian heads of state to grace The Kremlin.

In his cold war spying days he worked as a translator in Dresden (then East Germany) until the fall of the Berlin Wall on 9th November 1989, and in a sequence of events right out of Joseph Stalin's KGB codebook, Putin made the decision to ensure there was no remaining evidence of his tenure in Dresden as he burnt the KGB files in his office.

After the collapse of the iron curtain across Europe Putin returned to Leningrad where he regrouped with his former KGB colleagues and set a course of action which would bring them into the political sphere. Putin was a fast learner and he rose to deputy chief of Boris Yeltsin's presidential staff in 1997.

In 1998 Yeltsin appointed Putin as director of the FSB (Federal Security Service) which had filled the security and intelligence vacuum left by the disbanded KGB. By this time many ex-KGB staff were rising to positions of political prominence and Putin would ensure this was a policy that would continue.

Within one year he was to become the 33rd prime minister of Russia and on 7th May 2000 he assumed the most powerful role in the Russian Federation as its 2nd president. He spent two terms as president before he stepped down in 2008 when Dmitry Medvedev became president, however Putin was back in the presidential saddle by 2012 with his popularity with the Russian people still intact.

As his hold on power strengthened so did his standing on the international stage with Russia taking more active roles in various crisis especially in the Middle East. As with all true statesmen when he talks it takes on a more global meaning and he is good for a one liner also. So here is my compilation of 20 of the best Vladimir Putin quotes

President George W. Bush found him to be a man he could deal with: "I looked the man in the eye. I found him to be very straightforward and trustworthy. We had a very good dialogue. I was able to get a sense of his soul; a man deeply committed to his country and the best interests of his country"

President Donald Trump made this observation: "So I have NATO, I have the U.K. - which is somewhat in turmoil. And I have Putin. Frankly, Putin may be the easiest of them all. Who would think? Who would think?"

Bill Clinton placed him in a statesman like category: "Vladimir Putin had the intelligence, energy and stamina the country needed to get Russia's economy on track and handle its complicated politics"

The French actor Gerard Depardieu seems very pro-Putin: "I have always been strongly attracted by the Russian temperament, because I myself also feel very, very much Russian. I adore Vladimir Putin, your president"

The third president of Ukraine Viktor Yushchenko is not so impressed by the Russian leader: "Putin dreams of reconstructing the Soviet empire under the name of Russia. He is so obsessed with this that he hasn't understood power balance" 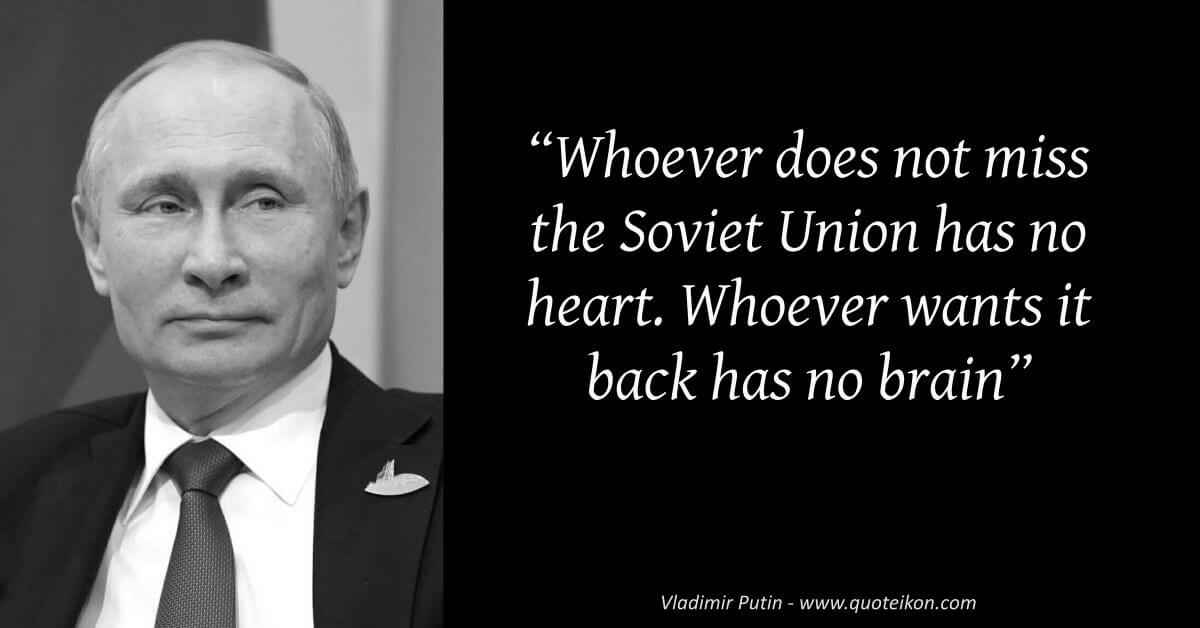