Dean Martin was the rat pack crooner dubbed the king of cool for his natural ability to ooze charm and self assurance for all occasions. Yet on the most part this was no act, his whole real life persona seemed to tap into an effortless pool of charisma that seeped through every pore of his body, he was charm personified.

Martin started off as a boxer and after one broken nose too many he decided to pursue a less physically demanding career on the stage. He could sing and tell a gag but it was the smooth way he could deliver his lines or an expression that made him really stand out.

His first big success came with his comedy partner Jerry Lewis and after that stage of his career had run its course he took on more demanding movie roles in The Young Lions (1958), Rio Bravo (1959) and the rat pack movie Ocean's 11 (1960).

Into the 1960's he was a star in his own right and although the movie roles were still offered he was edging closer to a career on TV and the stage. His TV show changed names through the subsequent 3 decades but the format remained pretty much intact with idle chat, poking fun at his guests and crooning to the audience, it was a big hit.

The Las Vegas stage was where he felt really at home and with his rat pack friends they owned the spotlight as their names endured in the neon of the strip for nearly 40 years.

As you would expect from the king of cool he also knew a few good one liners, so this is my list of 14 of the best Dean Martin quotes.

The singer Frank Sinatra spoke fondly of his dear friend: "Dean was my brother - not through blood but through choice. Our friendship has traveled down many roads over the years and there will always be a special place in my heart and soul for Dean" 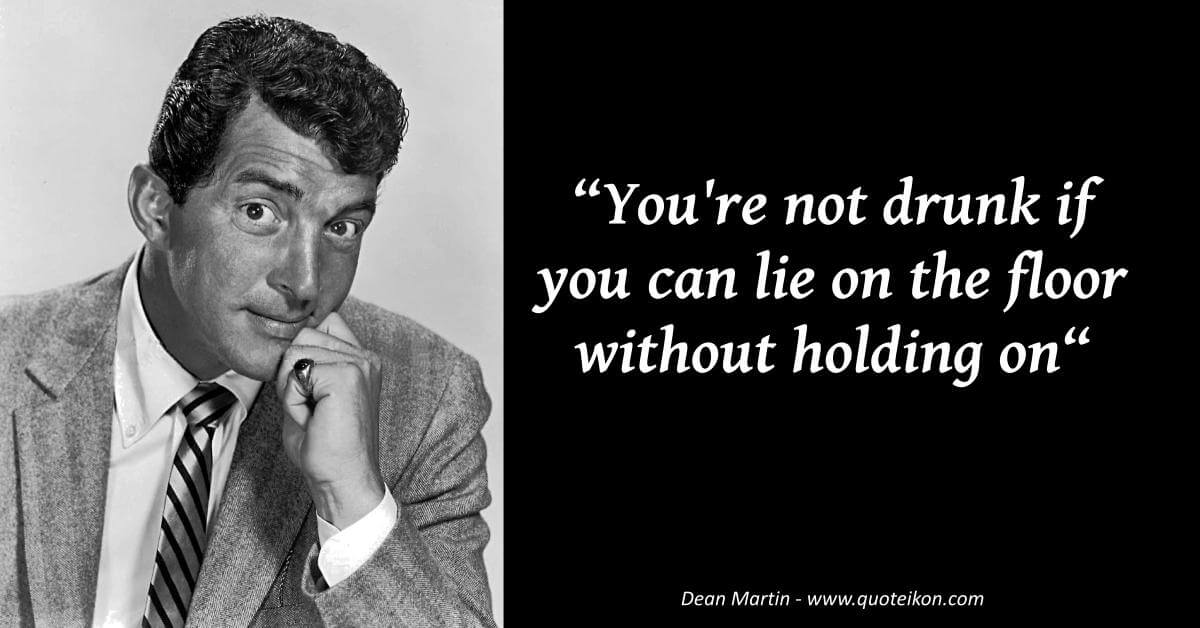