Sergei Rachmaninoff was the late romantic composer of Russian aristocratic ancestry whose world, along with countless others of noble descent, was turned upside down during the 1917 October revolution led by comrades Lenin and Trotsky. All of a sudden his noble ancestry which could be traced back to 14th century Moldovan royalty was a burden that could see him and his family killed.

In late 1917 an opportunity arose to tour Scandinavia and he seized the moment to take his family out of the Communist firing line and a new chapter in his life was about to unfold as a classical concert pianist. The Scandinavian tour saved his life but he still needed to pay the bills and it was the lucrative lure of the U.S. dollar that saw his financial circumstances take a remarkable upward swing.

Rachmaninoff arrived in the States in 1918 to find his musical virtuosity in high demand and he spent much of the next 25 years touring and playing concerts to sell out theatre's across North America. He had huge hands that were dexterous enough to stretch across 12 piano keys that helped him develop a style so expressive it became the stuff of legends to see him perform live.

He never forgot his Russian roots and although he publicly condemned the Joseph Stalin led Soviet Union in a letter published in the New York Times he generously gave financial aid to many aspiring young Russians looking to make good in the U.S. with the likes of Igor Sikorsky, Vladimir Nabokov and Michael Chekhov all benefiting from his sponsorship.

His piano concerto number 2 has endured to be described by critics as one of the greatest pieces of classical music ever written whilst it inspired film makers such as Noel Coward and Billy Wilder who featured it on the silver screen in the 1945 movie "Brief Encounter" and ten years later in the Marilyn Monroe hit film "The Seven Year Itch".

There are some great quotes about Sergei Rachmaninoff, back in the day the eminent critic Neville Cardus was clinical in his appraisal when he said: "Opinion in all parts of the world would agree that Rachmaninoff is the most complete of living masters of the instrument; his technique is comprehensive, and he is, of course, musical to his bone's marrow".

The music critic Michael Kennedy described him thus: "It is as a composer that his name will live longest. He was the last of the colourful Russian masters of the late 19th century, with their characteristic gift for long and broad melodies imbued with a resigned melancholy which is never long absent"

The classical pianist Arthur Rubinstein was unequivocal about his talent: "He had the secret of the golden, living tone which comes from the heart .... There was always the irresistible sensuous charm"

The Russian minister of culture Vladimir Medinsky was quoted in a 2015 statement: "The greatest of the Russian geniuses, Sergei Rachmaninoff, has been portrayed in an utterly wrong way in the West recently. Americans have the gall to privatize Rachmaninoff’s name" 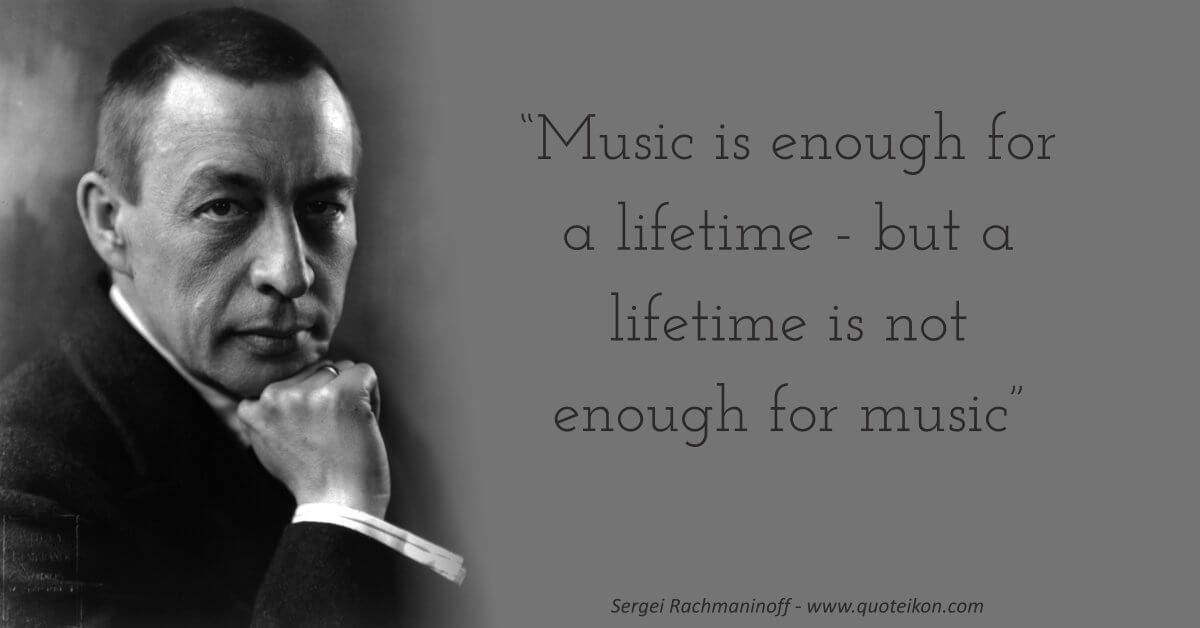