Noel Coward was the epitome of how the English gentleman reflected life with understated observations that drew on the irony of everyday situations that all could relate to. His witticism's, both droll and sanguine, were oft delivered straight faced or smirking and always to the amusement of those in attendance.

The works of Noel Coward could be taken straight from his tongue as you could sense his "self" in all his characters. In real life he was just as witty as the lines his thespians played out on stage and his elegant sophistication bore all the airs and graces of the well heeled flamboyant characters he created.

In his prime his plays were considered cutting edge as he took on the taboo subjects of drugs and sex and got away with it by giving his often vain and neurotic characters wonderful expressions with which to articulate amusement to the audience. He was a master of subtlety with his duplicitous characters engaging in the subterfuge of the acceptable whilst delighting in the meaning of the squalid.

For two decades between the great wars he could do no wrong and was the darling of both London's West End and New York's Broadway. It was not just his skill as a playwright that earned him accolades as he was also a fine actor, director and lyricist who gave the world such endearing melodies as "Mad About The Boy", "I'll See You Again", "Someday I'll, Find You" and "Mad Dogs And Englishmen".

Taking his accomplishments in his inimitable understated stride Noel Coward was quoted as saying: "Success took me to her bosom like a maternal boa constrictor". Being the consummate actor his skills were used as a British spy during WW2 and yet during these years of turmoil due to war he still produced one of the most endearing romantic dramas of all time with the 1945 movie "Brief Encounter". He was a polymath who used his well honed skills in the sphere of creativity to bring an enlightened amusement to a world full of pain.

As a wordsmith he was as quick with a quip as you would flick with a whip and he could give his one liners great meaning, so this is my compilation of 20 of the best Noel Coward quotes

The impresario Florenz Ziegfeld was impressed to say: "The theatre cannot die as long as I have a genius like you"

Biographer Philip Hoare commented on him sailing close to the wind: "Coward is a man who wrote about drug abuse, women taking younger lovers, who wrote about sexuality. His plays were openly challenging the status quo of the '20s and '30s"

The playwright Brad Rosenstein opined to say: "Coward’s plays have survived because there’s so much of the truth, so much of himself in them"

The lyricist Tim Rice spoke admirably of his songlist: "The wit and wisdom of Noël Coward's lyrics will be as lively and contemporary in 100 years' time as they are today" 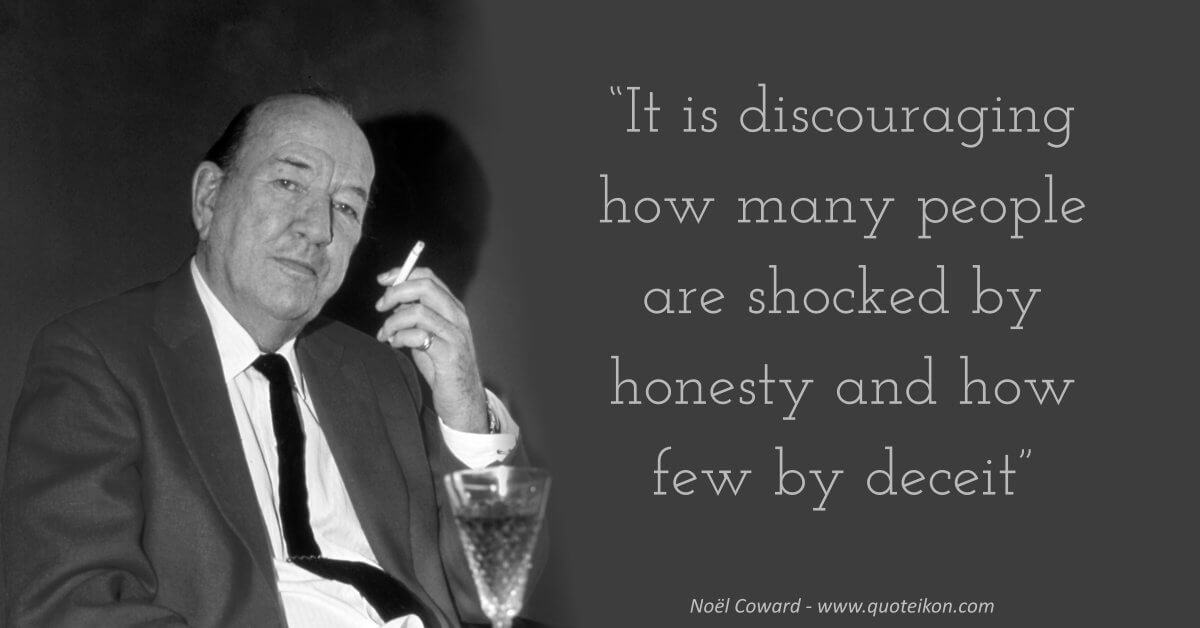