Richard Strauss was the German composer who survived the wrath of the Kaiser and the catholic church who both slammed his opera Salome as well as living through the predicament of despising the Nazis yet being prepared to sacrifice his reputation for a greater personal cause.

Strauss caused uproar when his 1905 Oscar Wilde inspired opera called Salome was banned in many cities across the world. The ban misfired and actually fueled the opera to be a success with people flocking to see it in venues that allowed it to be shown. While life under the Kaiser was proving troublesome it was a walk in the park in comparison with what was coming under the Adolf Hitler inspired Nazi Germany.

Strauss had a Jewish daughter in law so when the Nazi propaganda machine requested him to head the Reichsmusikkammer in 1933 he decided he would take up the post to see if he could do some good for talented German musicians whilst using his influence to protect his family. There was more to his thinking because his publisher was a Jew and some of his writers were also Jewish not to mention him having 2 Jewish grandchildren, so he had ample motivation to stay in Germany to protect his family and friends.

Strauss lasted 2 years as the overseer of music in Germany before Joseph Goebbels grew weary of his lack of antisemitism and relieved him of his duties via a forced resignation. The Nazis still liked his music though so he still had some influence which he used to limited effect in an attempt to keep the Jewish side of his in laws family alive during the Nazi regimes reign of terror.

Although his daughter in law Alice and the grandchildren survived, the fate of Alices side of the family was not so lucky, Strauss even drove to the gates of the Czech concentration camp trying to gain their freedom but it was not to be as they all perished.

Goebbels was famously quoted as saying about Strauss: "Unfortunately, we still need him, but one day we shall have our own music and then we shall have no further need of this decadent neurotic".

Equally Strauss was embittered by Goebbels as he once recalled: "I consider the Jew-baiting by Goebbels a disgrace to German honour". The fine line between passive resistance and collaboration has never been clear, it is easy to understand any father trying protect his family by sacrificing his own integrity which is essentially what Richard Strauss did.

History does seem to be softening the Nazi collaborator story and time is slowly restoring his name back to where it should be solely judged in the field of music in which he undoubtedly excelled. Moral issues aside, this is my compilation of 15 of the best Richard Strauss quotes.

In 1902 the Hungarian composer Béla Bartók was impressed to say: "I was aroused as by a flash of lightning by the first Budapest performance of 'Also Sprach Zarathustra'. It contained the seeds for a new life. I started composing again"

The composer Gustav Mahler enthused: "Salome again made an extraordinary impression on me. It is entirely a work of genius, very powerful and decidedly one of the most important things that our age has produced"

The author George Bernard Shaw was not so impressed: "Strauss, the new conductor, seemed a hopeless failure; he kept the band as smooth, and also inane, as a linen collar; and his tempi, except for the occasional gallop in the wrong place, were for the most part insufferably slow. We all sat wishing we had not come, and that Strauss had never been born"

The Russian conductor Igor Stravinsky made this observation of Strauss: "I watched him at rehearsals and admired the way he conducted. Every corrective remark he made was exact: his ears and his musicianship were impregnable"

The Austrian composer Arnold Schoenberg mused that his works could be eternal: "I believe that he will remain one of the characteristic and outstanding figures in musical history. Works like Salome, Elektra and Intermezzo, and others will not perish" 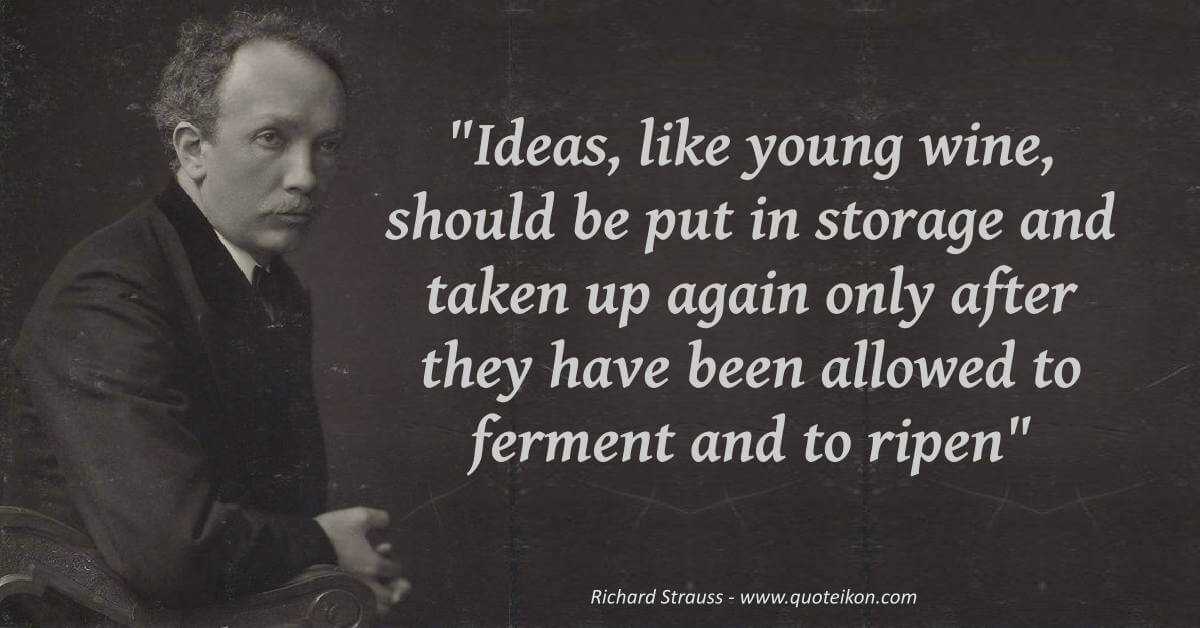