Igor Stravinsky was born west of Saint Petersburg in the town of Oranienbaum to a musical family who despite Igor's shared interest in music his parents steered him towards a career in law. He never did get that law degree which was largely due to him devoting more time to practicing his music than to learning his law.

During this period he met Russian composer Nikolai Rimsky-Korsakov who took the young Igor under his wing and taught him everything he knew up until his death in 1908. Stravinsky's early work opened doors for him to wider audience and by 1913 he became well known throughout Europe for his revolutionary 'The Rite of Spring' which actually caused a riot on its opening night.

He spent the next 25 years mostly in France and Switzerland until his wife Katerina Gavrlovna Nossenko and his daughter Ludmila died of tuberculosis in 1939 and 1938. This gave him the extra incentive to leave Europe and go to the U.S. and while there he completed his renowned 'Symphony In C'.

More great works were on their way with the opera's The Rake's Progress (1951) and Agon (1957). He won many awards for the mastery of his craft including the Royal Philharmonic Society Gold Medal in 1954 and the Léonie Sonning Music Prize in 1959. His legacy is one of the greatest twentieth centuries composers and he is often considered as the father of modern classical music.

He generally let his music do his talking but when he did speak you knew it meant something, so this is my compilation of 15 of the best quotes by Igor Stravinsky.

The French composer Olivier Messiaen was impressed to say: "Stravinsky, the chameleon-musician, the man of a thousand-and-one styles, has bequeathed us a totally unified treasury of rhythm that traces a perfect arc from his first to most recent work, rising from the simple to the complex then falling from the complex to the simple"

The American conductor Leonard Bernstein was praiseful: "That he is a master is universally accepted. That his originality is unrivalled we all realize. That his influence has been formidable goes without saying. But to me as a conductor, his unique value is his fabulous variety. The variety itself is manifold. There is a stylistic variety which makes each work sound new and different from the last"

The Mexican composer Carlos Chavez described him thus: "Alert to all influences, Stravinsky receives and dominates them, only to reaffirm more and more his own personality. He is a living proof that authentic genius does not, indeed cannot, evade external influence but always absorbs and masters it"

The Swiss conductor Ernest Ansermet theorised his emigration: "At the same time that Stravinsky started to compose, Russian music was a hundred years old. But it had begun to show a certain weakening of force. This was one reason impelling Stravinsky to leave his fatherland. He felt more free to fulfill his destiny in the climate of Debussy and Ravel than in a St Petersburg haunted by Wagner. But this much is clear. Though he chose to live, from then on, among foreign musicians, it was to create in a fashion unlike theirs"

The critic Andrew J. Browne put him on a pedestal: "Stravinsky is perhaps the only composer who has raised rhythm in itself to the dignity of art" 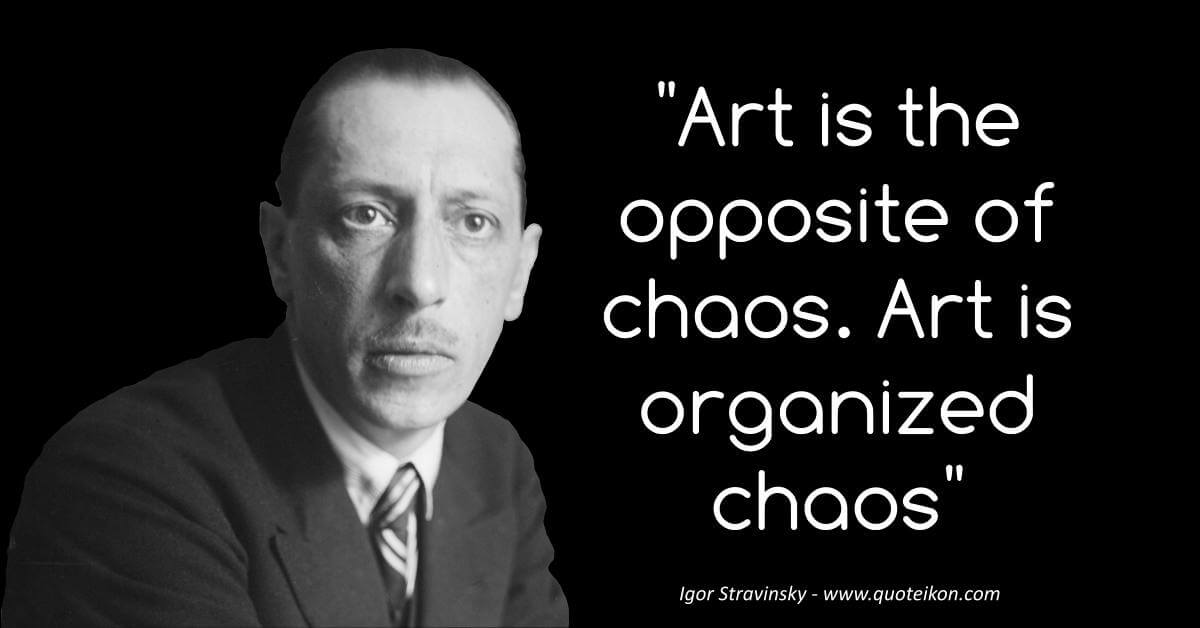