The name Nostradamus has become synonymous as the soothsaying seer who looked to the past to present us a future which he published in 1555 as a book called "Les Prophéties". His work is celebrated for its collection of ten centuries of verse with each containing 100 four line stanza's written as signs of mostly foretoken notorious views.

For more than half a millennia this book has maintained the publics curiosity as it is rarely out of print as people continuously relate seismic world events with the writings of Nostradamus. Everything from the Great Fire of London, the demise of Louis XVI through the French Revolution and the rise of Adolf Hitler has at some point been linked to the predictions of Nostradamus. Some even associate Napoleon Bonaparte rampaging through Europe and the assassination of John F. Kennedy to various passages of verse so opaquely created by Nostradamus.

Nostradamus was Orwellian before the famous twentieth century author George Orwell penned the immortal quote: "Who controls the past controls the future: who controls the present controls the past". Nostradamus dug into comparative history using figures such as Hercules and Nero to illustrate future scenarios. He was a great believer in history repeating itself so Nostradamus looked to project past events into a backdrop of futuristic possibilities that were ambiguously worded for agenda driven interpretation yet bleak enough to captivate the imagination of the pessimistic eager to jump on the latest disaster and say he told you so back in 1555.

Nostradamus used a lot of symbolic references to astrology and mythological events as he mastered the art of equivocal conjecture because he understood the human indulgence for star gazing and the influence of ancient folklore that still survives to today.

There is great debate amongst modern day scholars who bemoan the lax translations of his original manuscript that was written using a combination of 16th century French, Greek and Latin. The combination of the medieval language and the subjective nature of his writing has given many opportunists the wherewithal to render their translation to be shaped to the event of their choosing irrespective of any alleged retroactive clairvoyance or implied chronological order of the original.

The speculative prowess of the seer rests in the detail of the words of wisdom shared to the world and few can doubt this visionary whose meaningful verse still draws interest nearly 500 years after his demise and inspired me to compile this list of 21 of the best Notradamus quotes.

Joseph Goebbels spoke of his revitalisation: "Berndt handed in a plan for the occultist propaganda to be carried on by us. We are getting somewhere. The Americans and English fall easily to this kind of propaganda. We are therefore pressing into service all star witnesses of occult prophecy. Nostradamus must once again submit to being quoted"

Minhal Mehdi lamented the disillusionment of the lovelorn: "Sadly we can never predict falling in love Nostradamus"

The talk show host Jay Leno shared this comparison: "Now this really annoys me: All these people getting on the Internet and saying Nostradamus predicted this. If Nostradamus were alive today his name would be Miss Cleo and he'd be charging $2.99 a minute"

The author Peter Lemesurier shared this observation of writers jumping on the bandwagon: "Most of those who make such [predictions] - including the English-speaking authors of many popular books on the subject - know next to nothing either about Nostradamus, the texts, or even the sixteenth-century French in which they are written. Few of them have ever seen an original text, or even know sufficient French.... As a result [such predictions] are the result of not reading what the texts actually say, but of shamelessly twisting half-understood words retrospectively to fit the proposed event, or in some cases even twisting the event itself to fit the words"

The sceptic James Randi was not convinced: "Nostradamus himself confessed that the vague manner in which he wrote his "prophecies" was so that 'they could not possibly be understood until they were interpreted after the event and by it"

The novelist Justine Larbalestier gave this frank assessment: "I am not Nostradamus.Nor would I want to be. I'm convinced being able to tell the future is the worst superpower. I'd rather be invisible and being invisible never ends well. Just read H. G. Wells!" 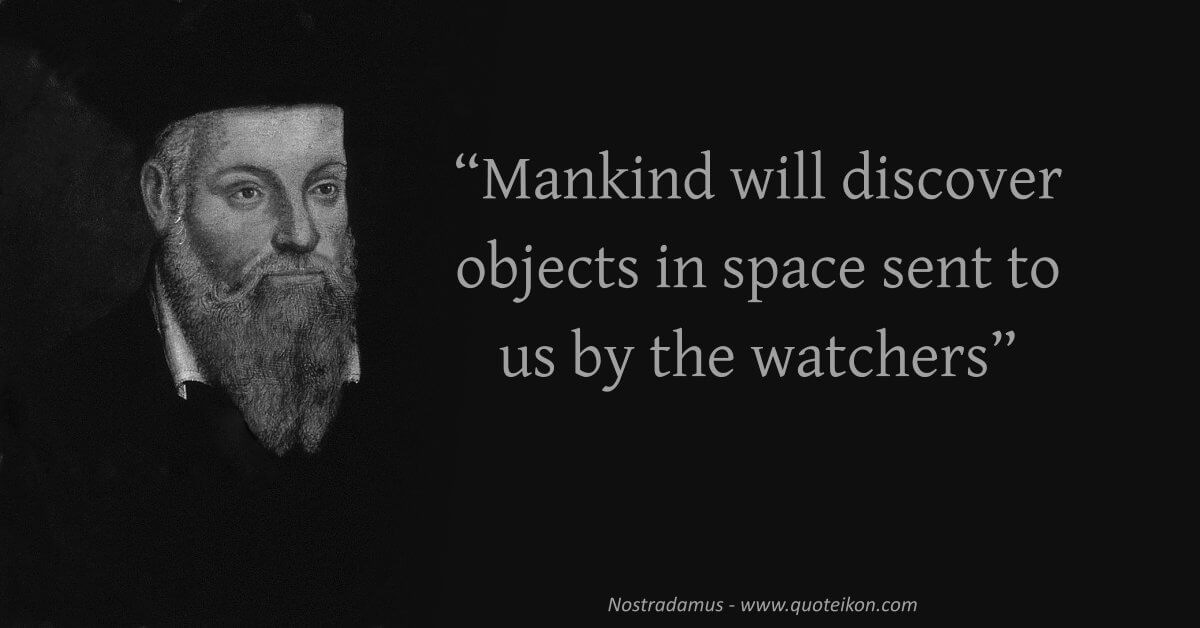