Jean Jacques Rousseau was a Genevan born son of a watchmaker whose lack of early education belied his later life thinking and writing abilities. His mother died shortly his childbirth and his father fled Geneva to escape the wrath of the authorities for various misdemeanors when Jean Jacques was 10 years old.

At 16 he fled to France where he met and charmed the Baronnesse de Warens to such a degree she became his benefactress, educator and lover. When he finally flew her nest he was both a man and a deep thinking philosopher such was her influence on his thought processes.

Paris beckoned and once Rousseau had written his award winning A Discourse on the Arts and Sciences in 1750 his stock as a philosophical writer had risen significantly. More great works were to follow earning him admiration, prestige and the jealous brickbats of his peers such as Voltaire.

Great philosophers seldom get through life unscathed and Rousseau was to upset the French establishment when he published "Emile, or On Education" and a warrant was issued for his arrest so he fled to Switzerland and then England.

He missed France and was growing weary of the chattering classes so despite still being a fugitive he returned to France and stayed with various gentry in their chateaus.

His views became more influential during the French revolution making him more famous after his death and his body was exhumed to be interred in the Pantheon in Paris. Philosophers are notorious for exclaiming some of the best one liners so this is my compilation of 25 of the best Jean-Jacques Rousseau quotes.

The sociologist and author Ernest Van Den Haag made this observation: "Marx, like Rousseau before him, believed that men are good and made bad only by bad social systems. Unlike Rousseau, he believed that these systems arise from historical necessity. It occurred neither to Marx nor to Rousseau-as it did to Madison-that bad men corrupt good systems just as often as vice versa"

The social critic Camille Paglia commented on progress: "We remain in the Romantic cycle initiated by Rousseau: liberal idealism cancelled by violence, barbarism, disillusionment and cynicism"

The Bristish philosopher Bertrand Russell's surmisal was less than positive: "At the present time, Hitler is an outcome of Rousseau; Roosevelt and Churchill, that of Locke"

Arthur Schopenhauer on his Basis Of Morality: "My basis is supported by the authority of the greatest moralist of modern times; for such, undoubtedly, J. J. Rousseau is,- that profound reader of the human heart, who drew his wisdom not from books, but from life, and intended his doctrine not for the professorial chair, but for humanity; he, the foe of all prejudice, the foster-child of nature, whom alone she endowed with the gift of being able to moralise without tediousness, because he hit the truth and stirred the heart" 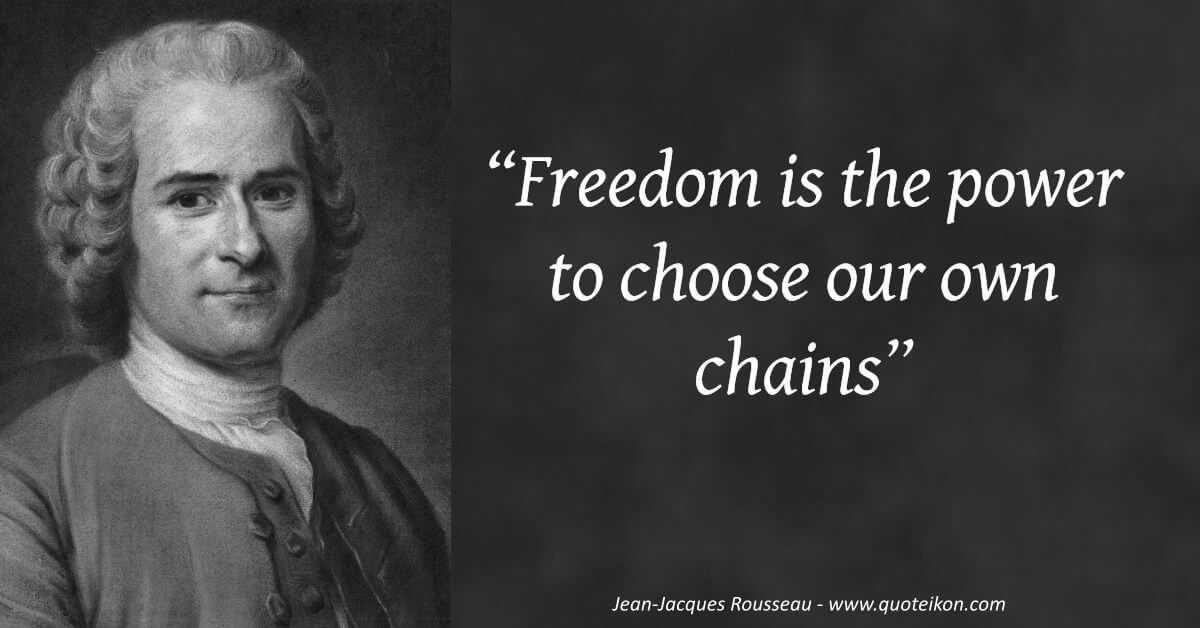