Since he was a boy Jack Lemmon dreamed of becoming an actor which was an ambition he achieved as he made it on Broadway until the bright lights of Hollywood beckoned and his dream went into overdrive with a stellar career most actors would give their right arms for.

Initially Lemmon had only set his designs on a career in theatre but an offer to star in the 1954 romantic comedy "It Should Happen To You" opposite Judy Holliday who he greatly admired proved too tempting so he moved out west and within two years he not only established his name as an actor but he also won an Academy Award for best supporting actor for his role as Ensign Roberts in the 1955 movie "Mister Roberts".

"Mister Roberts" was also a commercial success as it grossed $21,200,000 and Jack Lemmon got to work with someone he greatly admired as an actor; James Cagney who he studied closely and later gave this assessment: "One of the keys to Cagney’s superiority as an actor is that he’s a master of observation".

His next big film of note was the 1959 smash hit "Some Like It Hot" that was directed by Billy Wilder and he co-starred with Tony Curtis and Marilyn Monroe. It was a madcap gender bending comedy with some of the funniest scenes in cinematic history, it was nominated for six Academy Awards, including Jack Lemmon for best actor, but only won the Oscar for best costume design, Jack Lemmon did however win the Golden Globe Award for his role as the cross dressing Jerry/Daphne.

In 1960 Lemmon went on to star in another Billy Wilder movie "The Apartment" which was a huge success both critically and at the box office as it yielded 10 Academy Awards nominations with Jack, despite a critically acclaimed performance, again not winning the best actor category.

Jack Lemmon starred in a total of seven Billy Wilder movies but his next big success was in a dramatic role under the directorship of Blake Edwards in the 1962 movie "Days of Wine and Roses". In another Oscar nominated performance Lemmon finally shed his image as solely a comedic actor with a gritty and sometimes gut wrenching performance of the alcoholic executive Joe Clay and his sad demise. This role was as important to Jack as any of his previous performances as it opened up new avenues for him to explore on screen as Hollywood no longer stereotyped him as a "light comedy" actor.

In 1966 Lemmon first starred with Walter Matthau in the movie "The Fortune Cookie" would turn out to be a highly successful screen partnership as they worked together in a further nine movies including the critically acclaimed 1968 film "The Odd Couple".

The 1970's proved to be just as successful for Jack as he finally won the Academy Award for best actor in the 1973 movie "Save The Tiger". In 1979 he was again nominated for best actor for his role in the critically acclaimed movie "The China Syndrome" only to lose out to Dustin Hoffman in "Kramer vs Kramer".

He was to receive one further Oscar nomination for best actor in the 1982 film "Missing", again he was to miss out with Ben Kingsley bagging the coveted statuette for his role playing Mahatma Gandhi.

His thespian strength was his versatility as Jack Lemmon could slip into a complex character as easily as a silk glove fits onto the hand of a princess, he had an uncanny knack of understanding the role and the directors expectation covering the cynical or the charming whether it be in comedy or drama. Lemmon lived up to his quintessential everyman reputation that directors could rely on to deliver an endearing performance that audiences could relate to, where even in some of his more grittier roles he still exuded a communicable charisma that saw him act for five decades as a leading man, although a somewhat unconventional one at that.

His versatility was proven as the actor who Hollywood once gave the label of "light comedy" went on to be nominated for an Academy Award for best actor on seven occasions with only two being for comedy and the other five for dramatic roles.

Delivering great lines and wise cracks on screen was what he was paid to do but he was also good for a one liner off screen so this is my compilation of 20 of the best Jack Lemmon quotes.

The director Billy Wilder shared this observation: "Lemmon, I would describe him as a ham, a fine ham, and with ham you have to trim a little fat"

Billy Wilder though went on to say: "Happiness is working with Jack Lemmon"

The critic Charles Champlin gave this assessment: "What marks all the best work Lemmon has done are some trace elements of the man himself, some perceived truth that as clown or tragic figure, the persona within the character is likable, decent, intelligent, vulnerable, worth knowing; disorganised possibly, flawed almost certainly, but forever worth knowing"

The producer John Davis was impressed to say: "What a career. What range, he made some of the most memorable movies of our time. Jack was always changing gear"

The actor Hank Azaria was inspired to say: "Just watching Jack Lemmon made me want to get into this business. He could bring grace and dignity to his work even when he was playing ungraceful, undignified people"

The actress Shirley MacLaine paid him this tribute: "Anything I could say about this great human being and artist is not enough. We have lost the profound master of emotional canvas painting. Name the feeling, he could paint it with himself as the brush"

The actor Ving Rhames spoke highly of him: "He deserves it, as an artist he gave much more to me than the world" 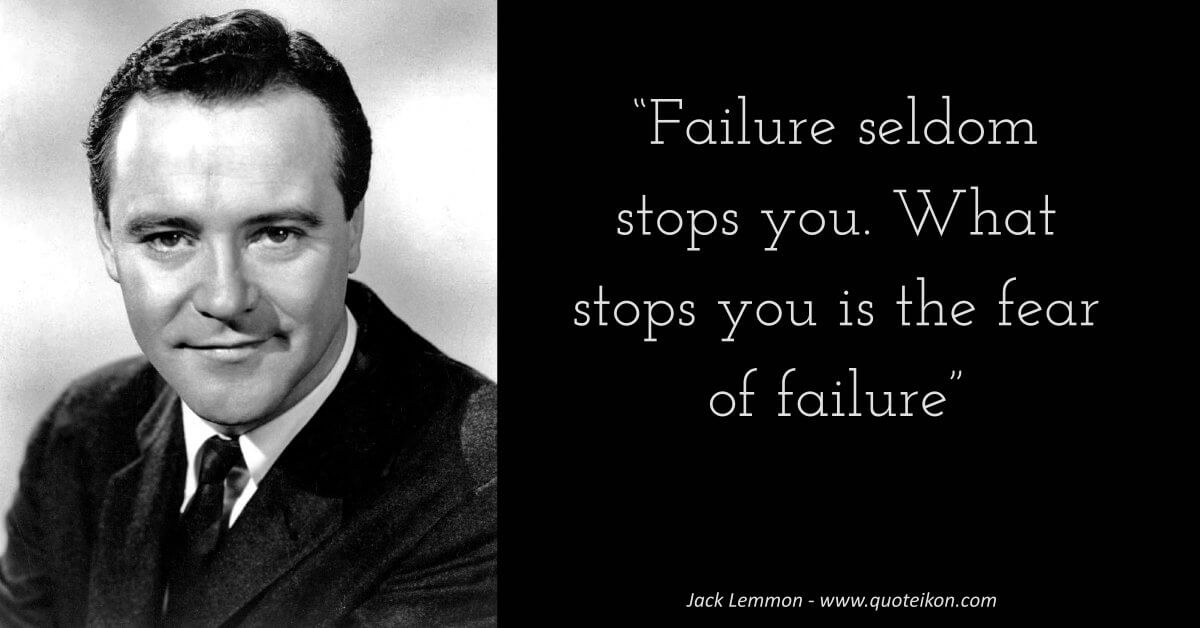