Before James Cagney's rise to prominence as one of the 20th century's most iconic actors he learned his trade in Vaudeville as a dancer and a comedian. After securing his first movie role in the 1930 film Sinners' Holiday his fast talking New York accent became a trademark of his style as he delivered his lines with an intensity that oozed on screen charisma.

Cagney got somewhat typecast in the early 1930's for gangster roles and despite excelling in this genre he always yearned to play different roles to enhance his acting repertoire.

It was ironic that his only academy award for best actor came in a musical dramatisation of the life of George M. Cohan in Yankee Doodle Dandy whereby he danced his way to his Oscar in 1942.

He also had a love of farming and in 1961 he retired from the silver screen to concentrate on his upstate New York farm. After his death in 1986 his long time friend Ronald Reagan, who was the U.S. president at the time, read the eulogy at his funeral which was held at the St. Francis de Sales Roman Catholic Church in Manhattan.

He was undoubtedly one of the best actors of his generation with the actor and director Orson Welles going further by describing him as "maybe the greatest actor to ever appear in front of a camera". The greatest actors are often responsible for some fantastic one liners so here is my compilation of 20 of the best James Cagney quotes.

The actress Doris Day rated him highly: "The most professional actor I've ever known. He was always 'real'"

Jack Lemmon shared this assessment: "One of the keys to Cagney’s superiority as an actor is that he’s a master of observation"

The actor Will Rogers described his acting as intense: "Every time I see him work, it looks to me like a bunch of firecrackers going off all at once"

President Ronald Reagan paid tribute at the time of his death: "I have lost a dear friend of many years today and America has lost one of her finest artist"

Jimmy Stewart was impressed to say: "He`s been one of the biggest names of all in motion pictures. He was tremendously versatile as far as acting was concerned"

The director Milos Forman was praiseful: "I think he's some kind of genius. His instinct is just unbelievable. I could just stay at home. One of the qualities of a brilliant actor is that things look better on the screen than on the set. Jimmy had that quality"

The novelist Graham Greene knew what to expect of his performance: "Mr. Cagney, of the bull-calf brow, is as always a superb and witty actor"

Time Magazine review in 1941 describing his Academy Award winning role: "Smart, alert, hard-headed, Cagney is as typically American as Cohan himself... It was a remarkable performance, probably Cagney's best, and it makes Yankee Doodle a dandy" 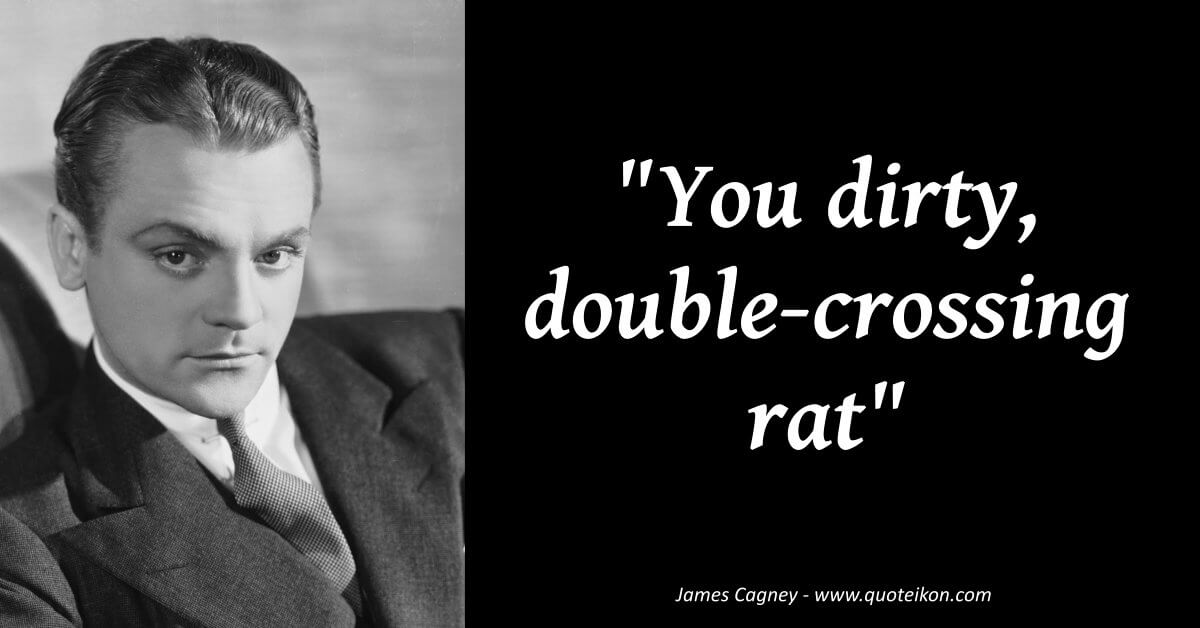