Billy Wilder was the movie director with a reputation for pushing the boundaries of moral acceptance and taste by poking fun at life itself in a far cry from the old Hollywood style of maintaining a semblance of innocence for the audience.

Wilder was a quick witted screenwriter who fostered his ironic nature in a fallen Habsburg empire devoid of empathy where the instinct of survival was the prevailing characteristic at odds with human nature. He became a master of traversing the barrier of entry from controversial books to the silver screen as he revelled in audience reaction with his penchant of introducing a moral quandary that society expected them to be reviled at yet equally gripped by the fascination of the story.

His 1944 classic "Double Indemnity" became the definitive film noir movie of the era as it grasped the essence of adultery, fraud and murder that was deemed too controversial to get past the film censors yet earned him two Academy Award nominations for best director and best screenplay.

Wilder went one step better in 1945 when he was not just nominated but he won the best director and best screenplay for another controversial movie "The Lost Weekend" that explored the depths of alcoholism as it tested the boundaries of the industry moral guidelines that was applied to most U.S. motion pictures.

In 1950 Wilder courted controversy with his fellow movie professionals with "Sunset Boulevard" that turned out to be an exposé of a dark but as yet undescribed image of Hollywood that left the movie industry reeling in shock with self examination and an outraged head of MGM Louis B Mayer having a meltdown as he blew a fuse saying: "We should horsewhip this Wilder! He has dirtied the nest. He has brought disgrace on the town that is feeding him". The major movie awards ceremonies that year made Mr Mayer eat his words as "Sunset Boulevard" received eleven Academy Award nominations that resulted in winning three Oscars including Best Writing, Story and Screenplay.

Wilder further explored uncharted territory with his 1951 movie "Ace In The Hole" that plumbed the depths of the gutter press and cynically showed the ease at which they manipulate story's to feed to a gullible public.

Even in his darkest movies there was always a streak of comedic irony bubbling occasionally to the surface and as the 1950's progressed the dark side was becoming more illuminated with the funny side with "Stalig 17" in 1953 and "Sabrina" in 1954 setting the tone for a decade that would end with one of the greatest movies of all time "Some Like It Hot" in 1959.

"Some Like It Hot" starred Marilyn Monroe, Tony Curtis, and Jack Lemmon and were supported by both a strong supporting cast and a script that created some of the funniest moments in cinematic history as it explored a tripartite of sexuality, homosexuality and cross dressing in a vintage Billy Wilder style of expressive vanity and deep meaning.

Purely from an awards perspective the best was yet to come as in 1960 he released "The Apartment" which was a romantic comedy starring Jack Lemmon and Shirley MacLaine in an adulterous romp centred around the character C. C. “Bud” Baxter (Lemmon) who allows his bosses to use his apartment to conduct their extra marital affairs in a plot with more twists than an Oklahoman tornado. "The Apartment" was nominated for ten Academy Awards of which it won five including the coveted hat trick of Best Screenplay, Best Director and Best Picture for Billy Wilder

It was the climax of an extraordinary film career that never again reached the same giddy heights of movie acclaim as the cutting edge that Wilder always worked so closely to was eroded down by a world that had become accustomed to the crudity of Hollywood as his winning formula succumbed to the subtleties of a new era.

Billy Wilder had come a long way from the jew astute enough to leave Berlin upon the rise of the Adolf Hitler Nazi regime to becoming a broke wannabe screenwriter sharing a Hollywood apartment with his friend Peter Lorre until his ultimate successes made him one of the greatest screenwriters and directors of the twentieth century.

Billy Wilder's legacy tells of the cynic with the ironic slant that pushed the cinematic boundaries of decency to a place more aligned with real life as his movies went from caustic to comedic but were so carefully crafted they stood the test of the critical eye and more importantly the test of time to a level of acclaim deemed unforgettably classic.

His caustic tongue sometimes proved difficult to work with but guaranteed a sting of memorable one liners, so this is my compilation of 21 of the best Billy Wilder quotes.

Tony Curtis was impressed to say: "Billy Wilder was a very interesting man ... He had an incredible touch when it comes to making movies ... He was a kind man, very brittle and very hard-nosed. He could see through life very easily"

Jack Lemmon shared this observation: "I've had directors who were marvelous at breaking scenes down and handling people. But when you would string all the pearls together, they wouldn't make a beautiful necklace. But Billy is the kind of picture-maker who can make a beautiful string of pearls. He makes the kind of movies that are classics and last forever"

Jack Lemmon rated him highly: "Wilder goes for the home run every time, and sometimes he strikes out. So did Babe Ruth, but Ruth was the greatest of them all, and, in my opinion, so is Billy"

The actor Klaus Kinski was not so impressed by his directorship: "No outsider can imagine the stupidity, blustering hysteria, authoritarianism, and paralyzing boredom of shooting a flick for Billy Wilder. The so-called "actors" are simply trained poodles who sit up on their hind legs and jump through hoops. I thought the insanity would never stop. But I got a shitload of money"

The director Alfred Hitchcock was famously quoted as saying: "The two most important words in movies today are ‘Billy Wilder’!"

Humphrey Bogart once described Wilder as: "A kind of Prussian with a riding crop. He works with the writer and excludes the actor"

The critic Vincent Canby once wrote: "Wilder is often called cynical, mostly, I think, because his movies seldom offer us helpful hints to better lives. There are few people in his movies one could model one's behavior on. He doesn't deal in redeeming social values. Instead, he sees the demeaning ones"

The playwright Harry Kurnitz talked of his experience working with him: "Billy Wilder at work is actually two people -- Mr. Hyde and Mr. Hyde" 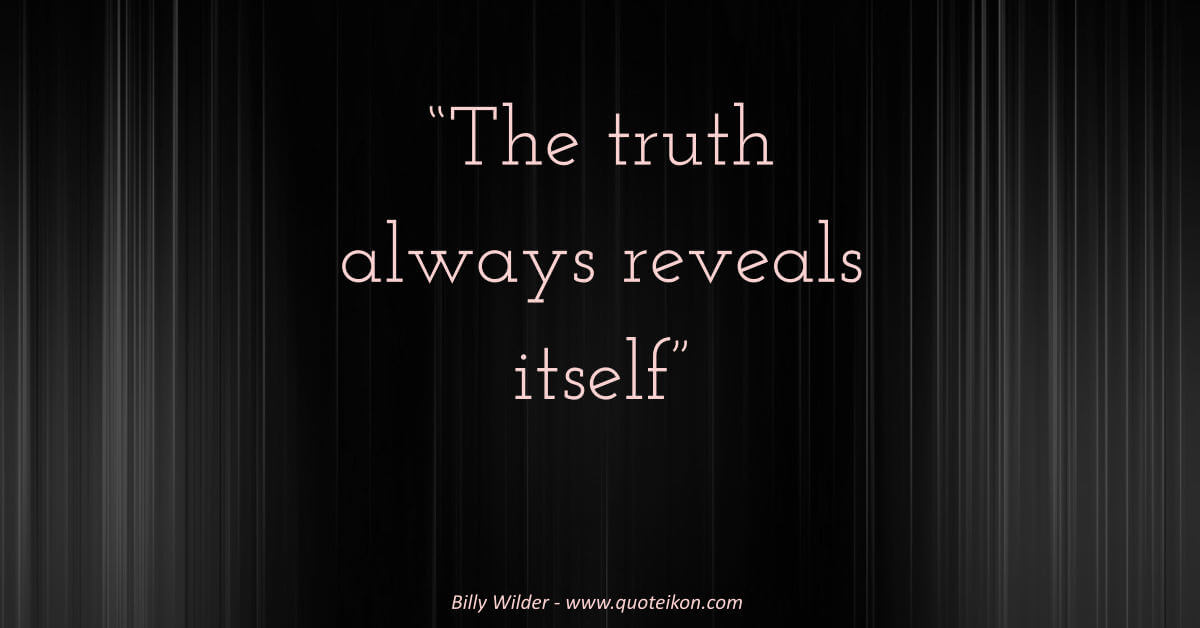