Harold Macmillan was excelling at Oxford when WWI broke out and along with his university peers he decided to enlist in the British army to fight the Hun. His entrance to the theatre of war was delayed when he had his appendix removed in 1914 however he was destined to see his fair share of the action as he was present at the Battle of Loos and the Battle of the Somme.

He was wounded three times and after he was shot through the leg he nearly died after it became infected and he was sent back to London for recuperation which took a further 2 years. An earlier gunshot wound to the right hand left him with a permanent limp handshake and there was only to be two survivors from his gallant year at Oxford who returned to resume their studies.

After the war he worked in his families publishing company and in 1924 he was elected to parliament starting off what would be a significant political career.

Just after the outbreak of WWII Macmillan became a minister under Prime Minister Winston Churchill of whom he was later to say: "You and I owe Hitler something. He made you Prime Minister and me an under-secretary. No power on earth, except Adolf Hitler, could have done either". He successfully worked at many different key ministerial roles until he became Prime Minister in 1957 after the resignation of Anthony Eden.

In 1959 he was successfully re-elected for another term as prime minister and although he proved an able statesman his government was rocked by the Profumo affair, the statesman held firm and weathered the storm, he was even quoted as saying; "I was determined that no British government should be brought down by the action of two tarts".

He was ready to join the European Economic Community (EEC) but French President Charles de Gaulle vetoed Britains application in 1963 which drew a strong retort from Macmillan when he said: "De Gaulle wants the kind of Europe we would be able readily to join, but he does not want us in it… He hates England… because of the war, because of France’s shame".

He saw out his prime ministerial reign and was succeeded by Sir Alec Douglas Home. He went on to become the Earl Of Stockton and lived until he was 92 still making rousing speeches in The House Of Lords. When he was not commenting on the state of the nation he was also good for a one liner so here is my compilation of 19 of the best Harold Macmillan quotes

The Labour politician Neil Kinnock described him thus: "He represented a generation of Tories who recognized duty and pursued the objective of one nation"

President Dwight D. Eisenhower was respectful: "A straight, fine man, and so far as he is concerned, the outstanding one of the British he served with during the war"

Historian John Vincent on his legacy: "He presented himself as a patrician, as the last Edwardian, as a Whig, as a romantic Tory, as intellectual, as a man shaped by the comradeship of the trenches and by the slump of the 1930s" 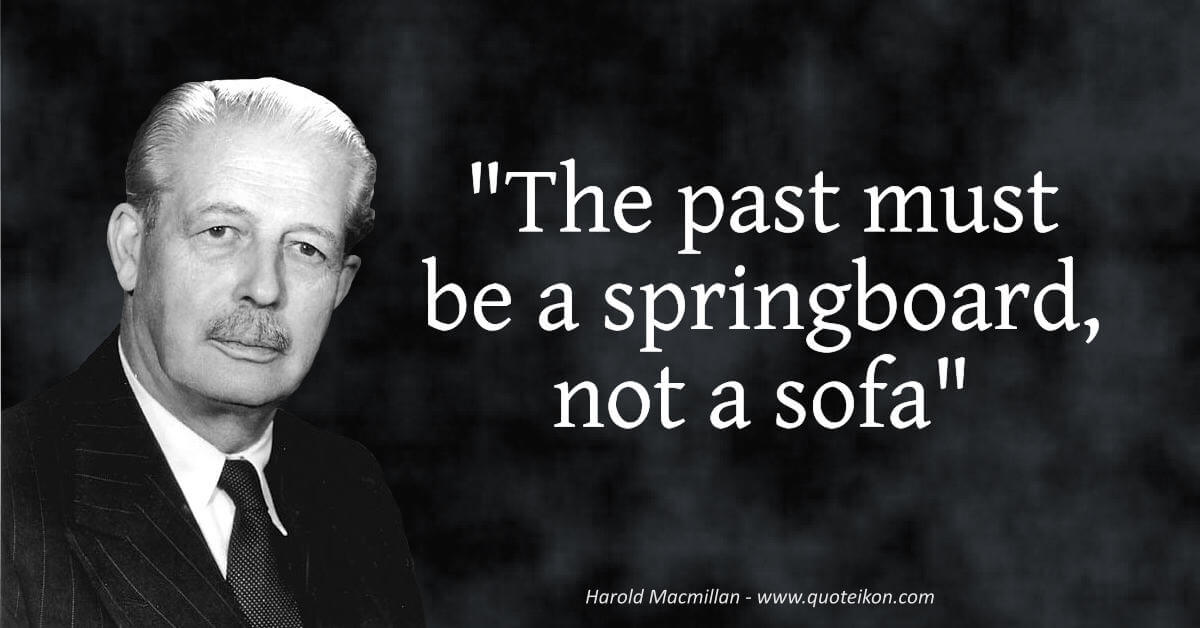