Little did Peter Lorre know when Fritz Lang cast him as the psychotic child murderer in the epic 1931 movie "M" that the movie would make its presence felt around the world and he would be typecast as the 'go to' sinister villain for the rest of his career.

M made headlines and got Lorre noticed to the effect that he received in excess of 300 movie offers on the strength of this one iconic film that was a precursor to the Hollywood film noir genre of the 1940's.

As much as Lorre tried to distance himself from the bad guy roles they were the one recurring theme throughout his distinguished movie career that saw him share the camera with the likes of Humphrey Bogart and Sydney Greenstreet in the epic Casablanca and The Maltese Falcon.

In 1937 Lorre was to star somewhat out of his psychopathic personification in the Japanese detective movie based on the novel of the same name "Think Fast, Mr. Moto". This was a success and it led Peter to play the Mr Moto role in 7 subsequent sequels.

Critics say it was his voice and his bulging eyes that were his passport to success but it was his delivery and on screen presence combined that made the whole package so successful. From his slow distinctive voice he uttered some great lines with deep meaning and he was quite quick with a one liner also. So this is my compilation of 15 of the best Peter Lorre quotes

The director John Huston was impressed to say: "Peter could do anything. He had himself such a rich and varied personality that he could incorporate anything into it"

The biographer Stephen Youngkin on Lorre playing villains: "Yes, he was pigeonholed and unhappy at being typecast, but he was having a great time"

Vincent Price was praiseful: "Peter was the most inventive actor I've ever known. He was a great scholar, an accomplished dramatic actor and a masterful comedian. Peter liked to make pictures which entertained people, not critics"

A young Montgomery Clift said after he went back to watch Lorre in "M" for the third time: "Wouldn't it be wonderful to be like him as an actor" 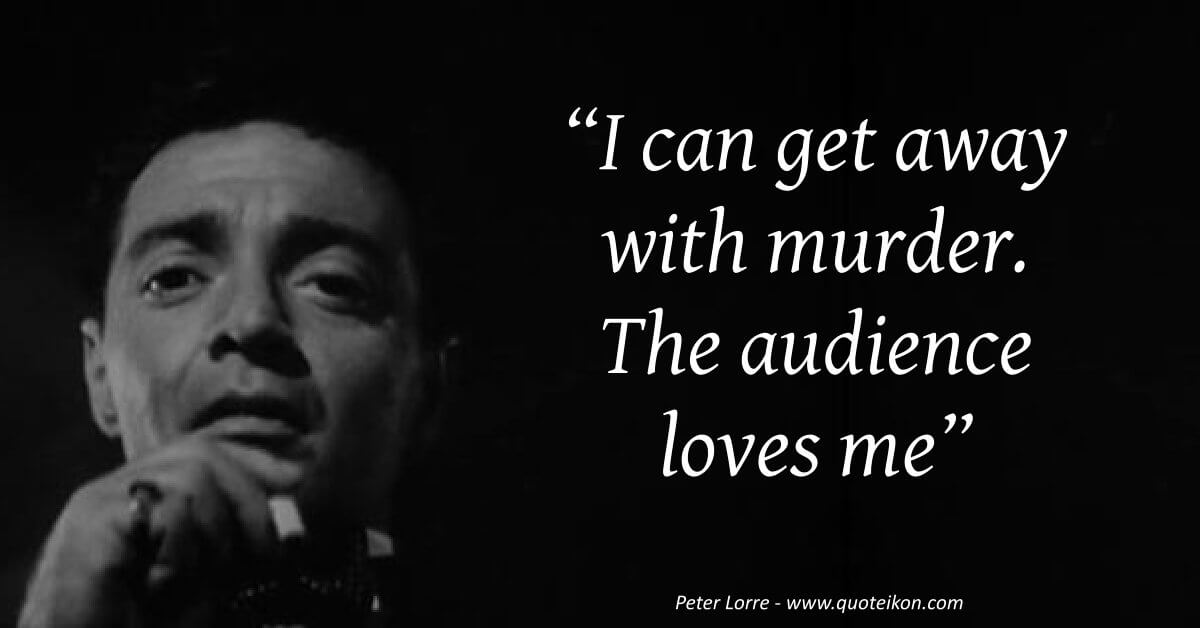