Benjamin Disraeli was the ambitious young novelist who aspired to the greatness of office by channelling his silver tongued wit and charm into a political career that saw him rise to become the Prime Minister of the United Kingdom. As a young man he cut a dashing figure with his penchant for an ostentatious line in fashion that led more to recognition of being a dandy than a statesman. With his ambition being greater than the commercial success of his early novels he realised a passion for politics would be his passage to the success he so desired.

Even though Disraeli diluted his fashion sense for a political life he still looked more like his lauded inspiration Lord Byron than a typical 19th century dour parliamentarian and after being elected in 1837 as the honourable member for Maidstone the stage was set and he had gained the ultimate platform to shine as a gifted orator. Rising through the Tory ranks proved harder to accomplish than he imagined and he combined his role as an MP with his earlier pursuit as a novelist and the 1840's saw more commercial success for his work than his earlier novels.

Disraeli waited patiently for his opportunity and in 1852 the government of Lord Derby finally gave him the cabinet position he craved. As chancellor of the exchequer he had an important role but his first budget did not go down well and led to the fall for the Lord Derby government. Disraeli soldiered on and nurtured his reputation within the conservative party by championing the cause of the Great British empire, he became a firm favourite with Queen Victoria and by the late 1860's he had become the leading contender to replace the Tory leader Lord Derby whose health was fading.

In 1868 Lord Derby gave a letter of resignation to Queen Victoria and recommended Disraeli for the position of Prime Minister, the queen offered him the opportunity to form a government to which a readily accepted and Benjamin Disraeli was famously quoted as saying: "I have climbed to the top of the greasy pole". His first term in office was with the backing of a fragile coalition and lasted only 9 months. His second term holding the reins of power started in 1874 and lasted 6 years was far more successful as he passed a succession of social reform bills which benefitted the people.

Disraeli strode through the corridors of power with a panache more in keeping with the novels he wrote than what is normally expected of government officials, but he still left a lasting legacy that has shaped the modern conservative party into what it is today. His charm and quick witticisms made him a captivating speech maker who galvanised the party with his patriotic vision and enthusiasm for the empire. He was always quick with cutting one liners so here is my compilation of 23 of the best Benjamin Disraeli quotes

The Conservative prime minister in his footsteps Lord Salisbury described him thus: "Zeal for the greatness of England was the passion of his life. ...the people of this country recognized the force with which this desire dominated his actions, and they repaid it by an affection and reverence"

Another Tory PM Stanley Baldwin appreciated his legacy: "Toryism, as we know it, was illuminated, expounded, and made a gospel for a large portion of this country by the genius of Benjamin Disraeli. Most of us who have worked for our great party have founded our beliefs on, and derived our inspiration from that statesman"

His old sparring partner in the House Of Commons William Gladstone commented wryly of him: "In death he remains as he was in life. All show with no substance"

Winston Churchill's mother, Jenni Jerome shared dinner with both William Gladstone and Benjamin Disraeli and when a curious journalist asked what she thought of both men she responded thus: "When I left the dining room after sitting next to Gladstone, I thought he was the cleverest man in England. But when I sat next to Disraeli, I left feeling that I was the cleverest woman."

His forever loving wife Mary Anne Lewis said of him: "Dizzy married me for my money, but if he had the chance again he would marry me for love" 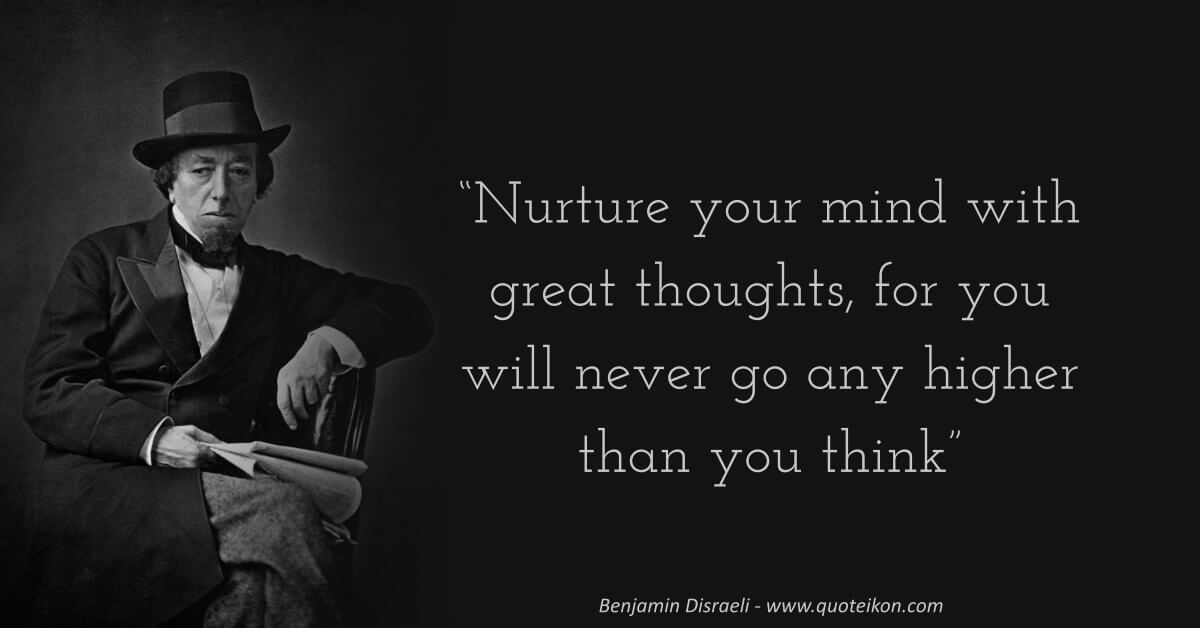