Victorian England was a time in history when great men were afforded the opportunity to raise themselves above the mediocrity of consensual thinking and shake the world to its core. Behold, such a man, an advocate of agnosticism who was an autodidact and became an expert in anatomy. His name was Thomas Henry Huxley whose humble beginnings belie his impact on nineteenth century science and thinking.

Yet, despite the reputation garnered, he was more than just a bulldog unleashed by Darwin to champion the contentious theory of evolution by natural selection.

Thomas Huxley carried the flag of science through the barriers that rebuffed the reasoned questioning of religious doctrines. His controversial lectures on the origins of man culminated with the infamous 1860 Oxford debate with Bishop Wilberforce that placed the onus of proof firmly with the theologians.

The stars aligned towards an inevitable conclusion that shaped societal thinking for all subsequent generations. His was the spark that lit the fuse of reform against religious based thinking and laws that hitherto were considered unquestionable. With the secular grindstone of science unleashed, the theologians could no longer hide behind their veil of faith that had been afforded carte-blanche control of the moral narrative.

Winning this debate had far reaching consequences. It was highly publicised in the press which shone a light into the sub-conscious of the chattering classes who engaged in their own debates on said subject. An inevitable impact was the clamour for the rights of free thinking and free speech whilst immune from the critical eye of authority.

Then there was Huxley's impact on scientific teaching. His path to eminent biologist was mostly self-taught. Back in the day, there were scant opportunities for biology degrees and professors of biology in universities were a rarity. Because of the influence of Thomas Huxley, the landscape of scientific academia would change and the trend towards anatomical biology would see a transformation in institutions dedicated towards specific fields of scientific education.

When discussing the legacy of Thomas Huxley it would be incomplete to not mention the impact of the third generation of Huxley's. Following in the footsteps of grandfather Thomas, the Huxley clan left their indelible mark on the twentieth century.

Aldous Huxley was a famous philosopher and writer who penned the books Brave New World and The Doors of Perception.

Julian Huxley was a chip off the old block as he became an eminent evolutionary biologist that later held the distinguished position of the first director of UNESCO and was the co-founder of the World Wildlife Fund.

Andrew Huxley was another to follow in the footsteps of his grandfather when in 1980 he became the second Huxley to be elected as President of the Royal Society. Prior to this he enjoyed a successful career that was rewarded with the Nobel Prize in Physiology or Medicine in 1963.

Mencken went on to say: "All of us owe a vast debt to Huxley, especially all of us of English speech, for it was he, more than any other man, who worked that great change in human thought which marked the Nineteenth Century"

Mencken concluded with this summation: "The row was over Darwinism, but before it ended Darwinism was almost forgotten. What Huxley fought for was something far greater: the right of civilized men to think freely and speak freely, without asking leave of authority, clerical or lay"

The biologist Edward Clodd was impressed to say: "It was worth being born to have known Huxley"

The author H. G. Wells was emphatic in his opinion: "I believed that he was the greatest man I was ever likely to meet, and I believe that all the more firmly today"

The writer Ian Sansom described him thus: "Huxley is indeed the very image of the autodidact - adventurous, bold, prone to bouts of depression, an omnivorous reader who taught himself Greek and Latin"

The scholar Clarence Edwin Ayres shared this view: "Huxleyism: the theory of the anthropoid descent of man and its inevitable consequences"

The British Statesman Benjamin Disraeli weighed in with this line in a speech on 25th November 1864: "Is a man an ape or an angel? My lord, I am on the side of the angel"

The American paleontologist Henry Fairfield Osborn, referring to professor Richard Owen, hammered home this point: "Huxley gave the death-blow not only to Owen's theory of the skull but also to Owen's hitherto unchallenged prestige"

An historian, Sherrie Lyons, shared this summary: "Approaching Darwin’s theory in the spirit of Goethe's Thatige Skepsis or active skepticism, he showed that most of the “scientific” objections to evolution were at their root religiously based. Huxley maintained that the question of “man’s place in nature” should be approached independently of the question of origins, yet at the same time argued passionately and eloquently that even if humans shared a common origin with the apes, this did not make humans any less special"

An eminent scientist, Cecilia Payne, pondered this question: "Why does a man want to be a scientist? There are many goals: fame, position, a thirst for understanding. The first two can be attained without intellectual integrity; the third cannot. … The thirst for knowledge, what Thomas Huxley called the ‘Divine dipsomania’, can only be satisfied by complete intellectual integrity. It seems to me the only one of the three goals that continues to reward the pursuer"

The writer Henry James spoke of his persona: "Huxley is a very genial, comfortable being—yet with none of the noisy and windy geniality of some folks here, whom you find with their backs turned when you are responding to the remarks that they have made you"

The British anthropologist Sir Edmund Ronald Leach shared this intriguing observation: "A century ago, Darwin and his friends were thought to be dangerous atheists, but their heresy simply replaced a benevolent personal deity called God by a benevolent impersonal deity called Evolution. In their different ways Bishop Wilberforce and T.H. Huxley both believed in Fate"

The primatologist Frans de Waal observed how, during his career, that Huxley: "had gained a reputation as ‘Darwin’s Bulldog’ owing to his fierce advocacy of evolution"

The historian William Whewel aired a more sceptical viewpoint: "It is very true that Huxley was bitter against the Bishop of Oxford, but I was not present at the debate. Perhaps the Bishop was not prudent to venture into a field where no eloquence can supersede the need for precise knowledge. The young naturalists declared themselves in favour of Darwin’s views which tendency I saw already at Leeds two years ago. I am sorry for it, for I reckon Darwin’s book to be an utterly unphilosophical one" 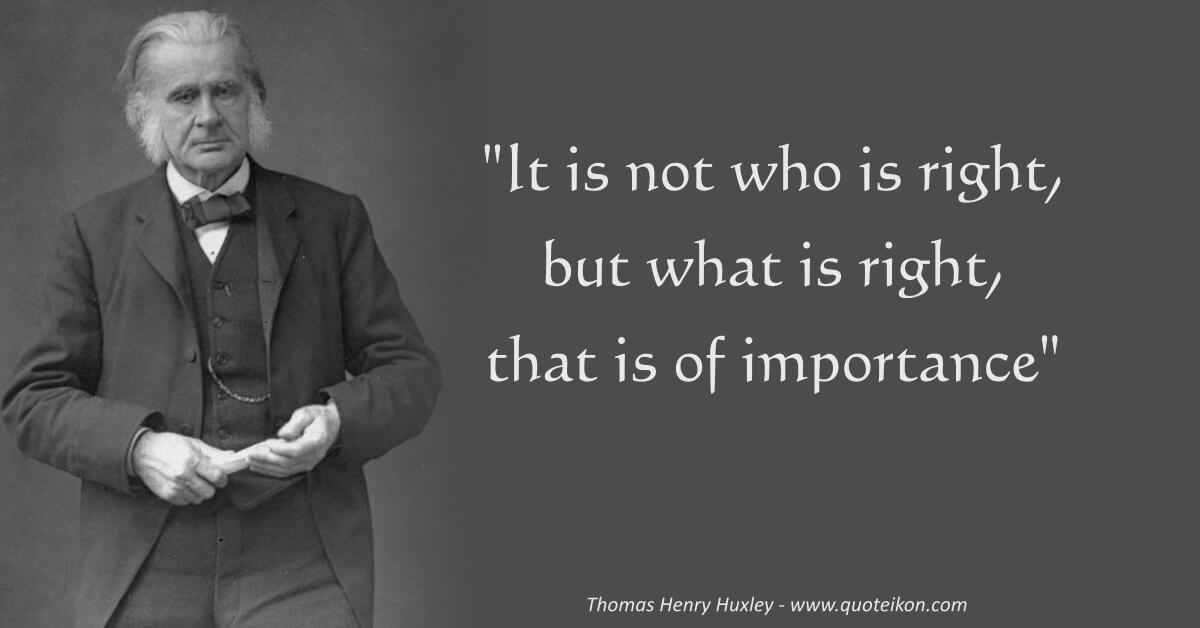