Robert Mugabe was the African revolutionary whose determination, education and self sacrifice was to propel him to be at the forefront of the liberation of his country which was then called Rhodesia to the new black hope of the African continent as he renamed the country to Zimbabwe during his election winning speech in 1980.

The whole world applauded in admiration of the man who endured all the hardships the minority white Rhodesian regime had inflicted on him and his fellow independence fighters in ZANU and ZAPU of which he was a member of both during their time of struggle.

When Mugabe was elected his ZANU (Zimbabwe African People's Union) were in power and little did the world know that Mugabe had already decided to stay in power for a long time and was carrying out atrocities against the people in his only opposition in the ZAPU (Zimbabwe African People's Union) whilst the world powers turned a blind eye fearful that Mugabe might turn on the white minorities of Zimbabwe who still ruled the economy and whose produce could (if directed to) feed the whole African continent.

First he turned on his political opponents and no one spoke out against him, then he turned against his light skinned farm owners and mine owners and all of a sudden the world was outraged at the atrocities committed by this African revolutionary turned tyrannical tinpot dictator. It was a strategy straight out of the Idi Amin book of diabolical dictatorial decision making as the economic fallout of this populist but ultimately disastrous policy is Mugabe's inescapable legacy that sees him condemned for turning Zimbabwe, formerly known as the bread basket of Africa, into the basket case of Africa.

Robert Mugabe earned seven degrees during his lifetime and a host of honorary degrees with many of the honorary's being revoked because of the alleged harshness of his regime. For all his education, he was no where near on the scale of statesman that Nelson Mandela had attained and this proved to be a source of irritation for the Zimbabwean dictator.

It did not go unnoticed and the world renowned journalist Christopher Hitchens was quoted as saying about him; "I believe that Mugabe was … driven into a permanent rage by the adulation heaped internationally on Nelson Mandela, an accolade of praise and recognition that he felt was more properly due to himself".

High academic achievement means nothing if you cannot grasp the fundamental human rights of all your citizens regardless of political allegiance and skin tone, this will always see Mandela rise into the stratosphere of the worlds best statesmen while Mugabes' legacy will have to endure the column inches of criticism his regime so dearly deserves.

In 1994 the Queen of England bestowed a knighthood upon Mugabe that was ultimately stripped from him in 2008 when his extreme actions towards members of his opposition became intolerable.

Putting aside whether he was mad or bad he was always good for a one liner, so this is my compilation of 20 of the best Robert Mugabe quotes

Lord Carrington said of him: "Mugabe wasn't human at all. You couldn't warm to him as a person. You could admire his skills and intellect and so on, but he was an awfully slippery sort of person, reptilian, as I say"

The former Rhodesia Prime Minister Ian Smith summed him up thus: "He was a very clever bloke and he worked with me for as long as he thought it was going to help him. Once again, it was just to keep himself in power. I give that answer to all questions about Mugabe because that is all there is to it. Everything he has ever done is about keeping himself in power: Dictators and fascists all over the world think like that"

The Kenyan President Uhuru Kenyatta paid this tribute: "We will remember former President Mugabe as a man of courage who was never afraid to fight for what he believed in even when it was not popular"

The African analyst Brett Schaefer gave this assessment: "Mugabe was one of the most consequential of Africa's post-colonial leaders. He remains highly regarded by many for his leadership role in the insurgency against white minority rule. But the violence and chaos resulting from his struggle to hold on to power led to thousands of deaths, millions of refugees and economic impoverishment. Mugabe's legacy will forever be stained by his destructive and murderous acts"

The South African diplomat Tom Wheeler made this observation: "Getting rid of white farmers was one of his biggest mistakes - it led to sanctions and economic collapse. It was catastrophic. The people couldn't feed themselves any more, while Mugabe's inner circle was high on the hog"

The American diplomat John Campbell did not hold back: "The way he ran roughshod over the rule of law was an unmitigated disaster" 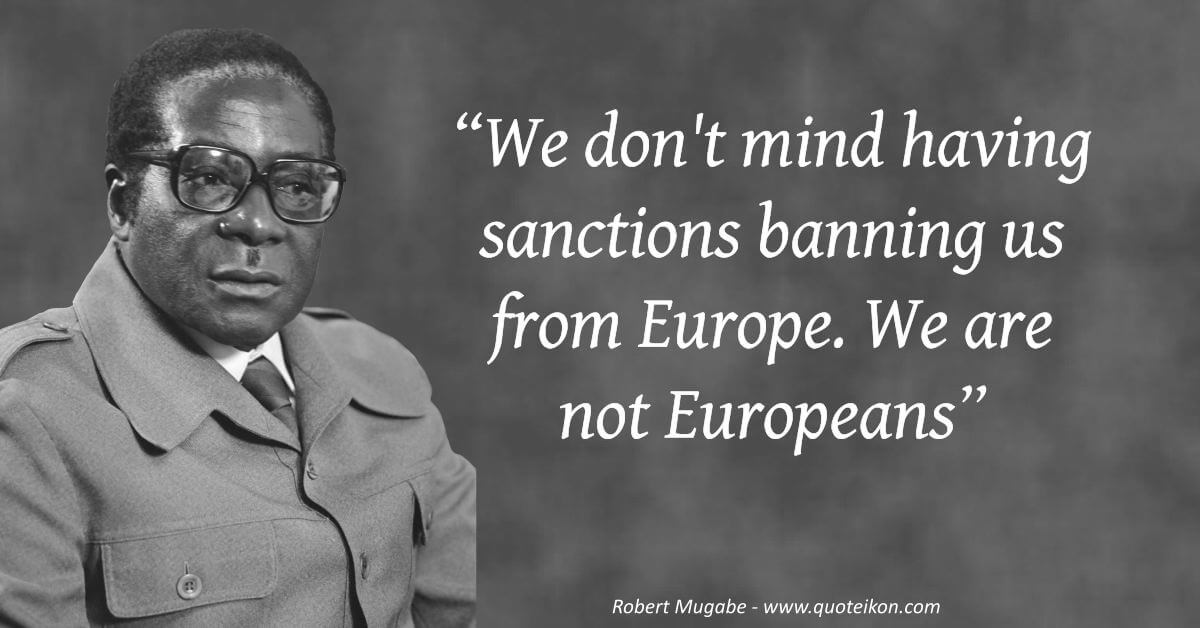 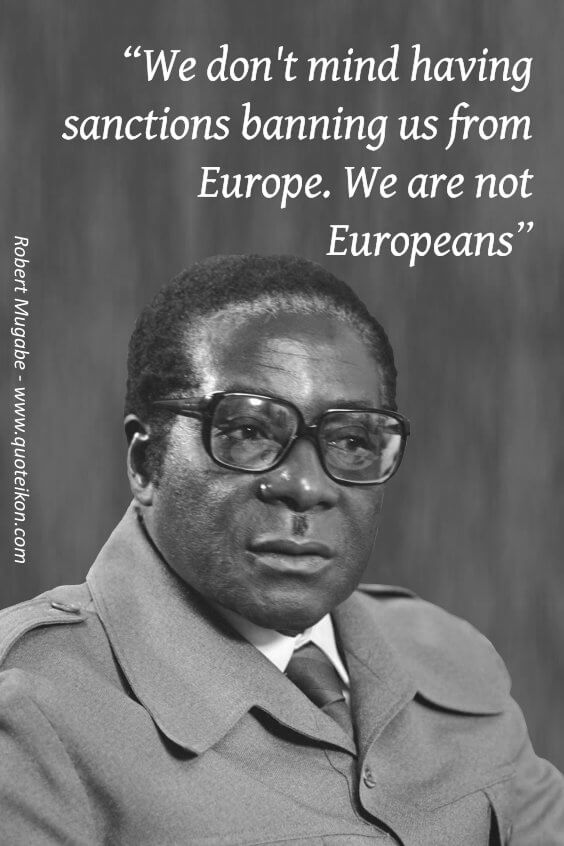