Uhuru Kenyatta hails from a political dynasty courtesy of the struggle for independence that saw Jomo Kenyatta being the father of not just Uhuru but of also present day Kenya and its first president of the newly formed republic in December 1963.

Politics aside the Kenyatta family also rule a business empire including farmlands, airlines, banks, media outlets and a chain of five star hotels and Uhuru has been named in Forbes as in the top fifty richest people in Africa.

Kenyatta came to power by winning the 2013 election branding himself as the digital candidate as he told the nation they needed to hand power over to the digital generation as he called his main opponent Raila Odinga an analogue politician in reference to his then age of 72.

Uhuru also accused Odinga as being a puppet of foreign governments by doing their bidding with the ICC. His disdain for the ICC centred around trumped up charges to discredit him and Uhuru Kenyatta was quoted as calling the ICC: "a toy of declining imperial powers" for their inept prosecution attempt.

After being elected Kenyatta lived up to his digital president remarks with his exuberant social media activity on Twitter and Facebook where he has millions of followers on both platforms. Uhuru's popularity rose through his first term in office and he won a comfortable re-election in 2017 to consolidate his position holding the Kenyan reins of power.

His powerful speeches are statesman like giving his words extra meaning, he is good for a one liner on Twitter also. So here is my compilation of 15 of the best Uhuru Kenyatta quotes

President Donald Trump spoke of a state visit: "Melania and I were honored to welcome the President of the Republic of Kenya, Uhuru Kenyatta and Mrs. Margaret Kenyatta to the White House today"

David Murathe was quoted as saying about him: "His legacy is to leave behind a united country. He cannot do that without the Building Bridges initiative, inclusion of all the communities, discipline, law and order and the fight against corruption"

The Kenyan economist David Ndii felt his finger on the pulse of the nation: "I was at a social gathering in Kiambu recently where the dismay and disillusionment with Uhuru Kenyatta hovered over the otherwise succulent goat ribs and aged single malts like the smell of stale beer" 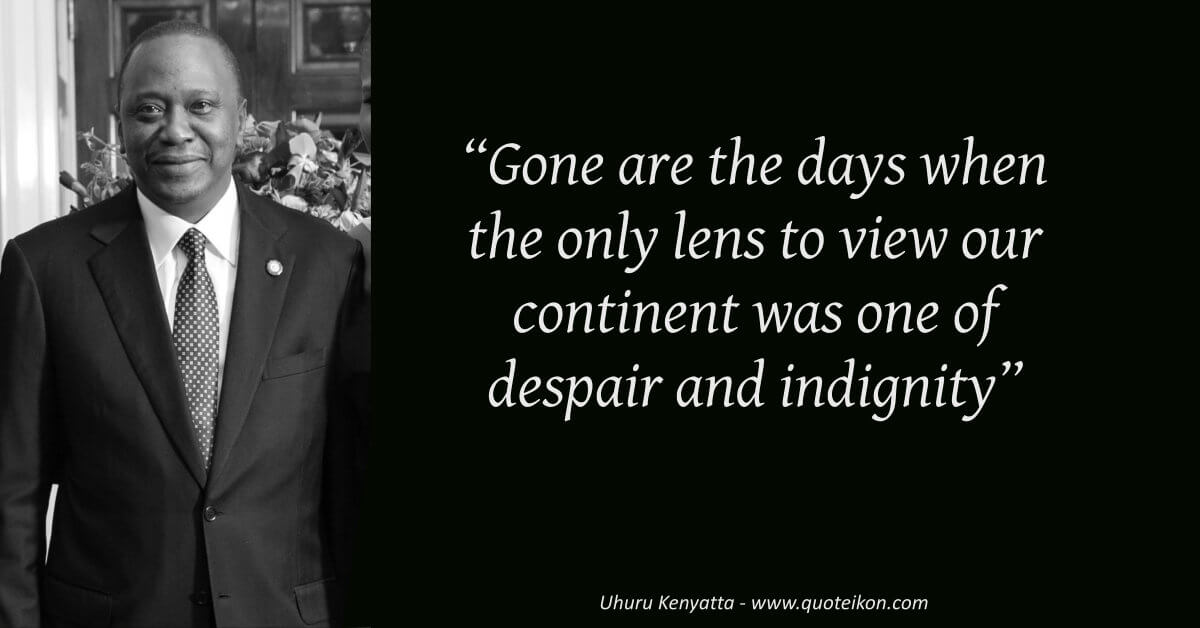