Ringo Starr was a self taught drummer who rose through the Liverpool skittle bands of the late 1950's to join in 1962 what was to become the biggest band the world had ever seen. The Beatles were first formed in 1960 but their undoubted potential remained only an inherent possibility until the final piece of the jigsaw was added when Ringo first picked up the sticks for them.

Right from the off it was a match made in heaven, John Lennon and Co had found in Starr someone who had an uncanny feel for the timing of the beat of a song yet did not want to overshadow the music with unnecessary drum rolls or even worse solos.

Here was a drummer who used percussion to enhance every piece of music the Beatles created, what he did was so subtle that it mostly went unnoticed within the music world as the McCartney and Lennon song writing partnership dominated the worlds attention.

Sixties Beatlemania was a phenomenon never seen before and it crossed the globe like a contagion virus of the mind as it encapsulated all who heard their revolutionary brand of music. The Beatles split in 1970 and Ringo was to go on and enjoy a highly successful solo career as a musician and as an actor.

Starr was known as both the oldest and youngest Beatle, the oldest relating to each members date of birth and the youngest referring to when each member joined the band, and in another unusual piece of Beatles trivia they only had one No 1 single with Ringo singing lead vocals when Yellow Submarine topped the U.K. charts in 1966.

Ringo was even in demand for voice overs as he became the narrator of the childrens program Thomas The Tank Engine. At heart he was always a drummer and his talent has been grossly underestimated as has been pointed out by Yoko Ono as she was quoted as saying: "No one is probably going to believe it, but he was the most influential Beatle", which was great praise indeed from the widow of John Lennon.

Starr's quips were legendary with some of his quotes like: "It's Been A Hard Days Night" being used as song titles and names for movies. From amazing talents comes memorable one liners, so this is my compilation of 18 of the best Ringo Starr quotes

The Beatles' producer George Martin rated him highly: "He's always underrated. He's probably the finest rock drummer in the world today... Ringo is the one"

John Lennon was impressed to say: "I think Ringo's drumming is underrated the same way Paul's bass playing is underrated. Paul and Ringo stand up anywhere with any of the rock musicians"

The musician Dave Grohl felt he was up there with the best: "Define ‘best drummer in the world. Is it someone that’s technically proficient? Or is it someone that sits in the song with their own feel? Ringo was the king of feel"

At the end of a 2009 Paul McCartney concert the legendary Beatles bassist had a reunion on stage and was quoted as saying to him: "I love you – peace and love, Ringo, forever" 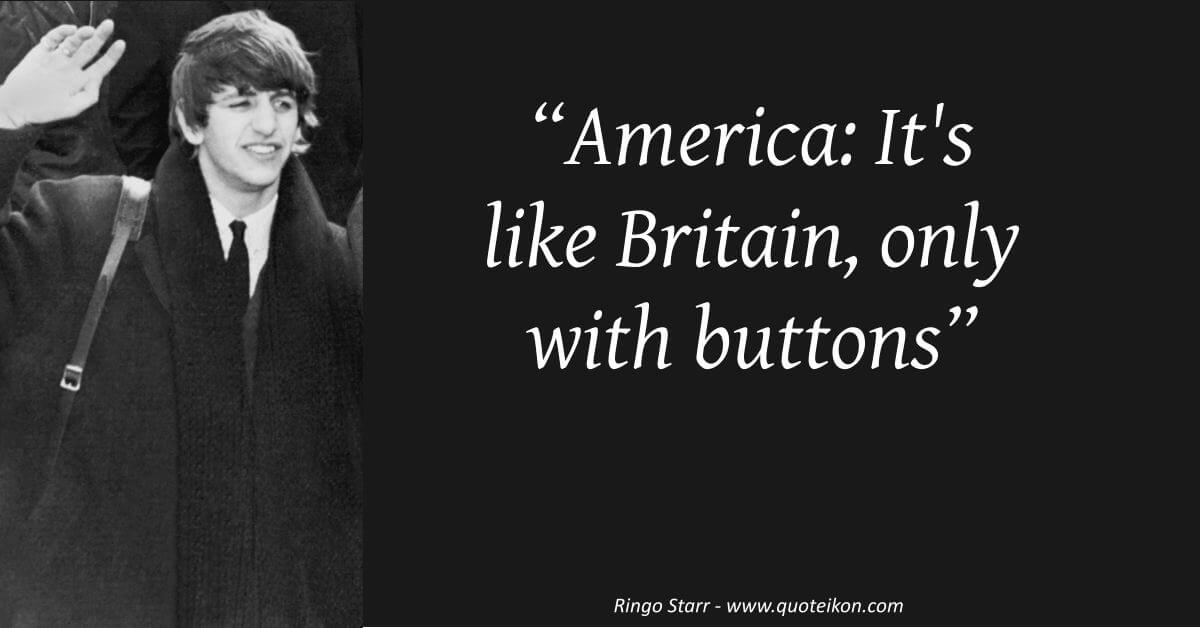