Yoko Ono has a fascinating background coming from a colourful family tree steeped in history that can be traced back to a ninth century emperor on her fathers side while her maternal bloodline is immersed in samurai heritage with family ties to the Yasuda clan.

Ono received a privileged upbringing and education that was turned upside down as WWII was coming to a close. She survived the 1945 Tokyo bombing although her family were initially displaced they recovered and Yoko resumed her education at Gakushuin in 1946.

In the early 1950's she moved to New York to join her family and she quickly integrated herself into the bohemian life style of the avant garde New York set. Although Yoko met scorn and disapproval from her family for associating herself with these arty types she was drawn by their artistic creativity as she could see so much of herself in them, they gave her the inspiration to pursue her art in her own right.

Much has been made of her marriage to John Lennon but Yoko was an artist in her own right before they met at one of her London exhibitions in 1966, indeed Lennon himself has put his own post Beatles artistic success firmly down to the influence of Ono.

As an artist Ono was before her time in concept, delivery and perception, she had an artistic sense that made her see the world very differently to the populace and being different made her an easy target for the press to prey on.

The press never forgave her for the break up of The Beatles, but Paul McCartney was later quoted as saying about Yoko Ono: "She certainly didn't break the group up", he went on to say about her; "The group was breaking up and I think she attracted John so much to another way of life that he then went on to, very successfully, add a sort of second part to his career, writing things like 'Imagine' and 'Give Peace a Chance'. I don't think he would have done that without Yoko".

Well, not just an influence because in 2017 she was finally recognised as the co-writer with Lennon of the 1971 epic hit 'Imagine'. Maybe her artistic recognition is finally giving her the due credit she fully deserves. Art apart, she was good for a one liner also, so here is my compilation of 25 of the best Yoko Ono quotes

The freelance writer Chal Ravens reflecting history finally finding its way, said: "Ono wouldn’t be given a songwriting credit on Imagine until 2017, but by 1971 she had already become the most significant artistic influence on Lennon since Chuck Berry"

John Lennon put her influence into perspective: "I learned everything from her ... It is a teacher-pupil relationship. That's what people don't understand. She's the teacher and I'm the pupil. I'm the famous one, the one who's supposed to know everything, but she's my teacher"

The artistic director John McGrath described her thus: "One of the things she always said is that peace isn’t absence of war – peace is a thing that you have to do, together"

The critic Nadja Sayej shared this assessment: "She fought her way through a male-dominated art world in the 1960s, but has always used her art as a vehicle for peace advocacy and activism, whether it was her bed-in peace protest with Lennon or her Artists Against Fracking project she co-founded with her son Sean Lennon in 2012" 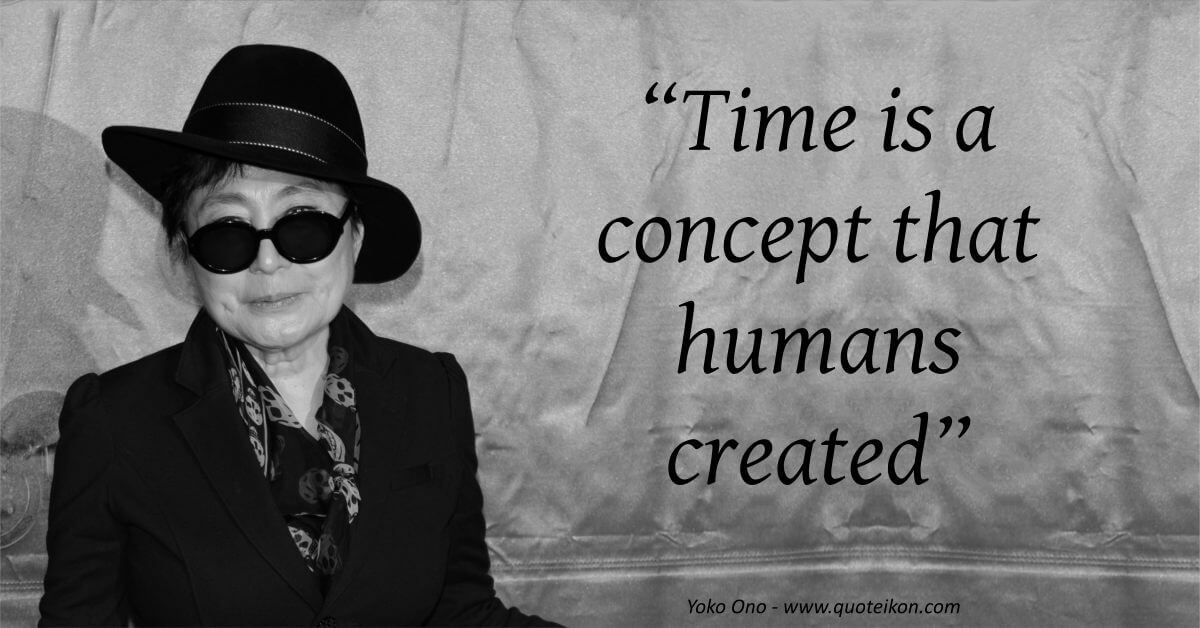 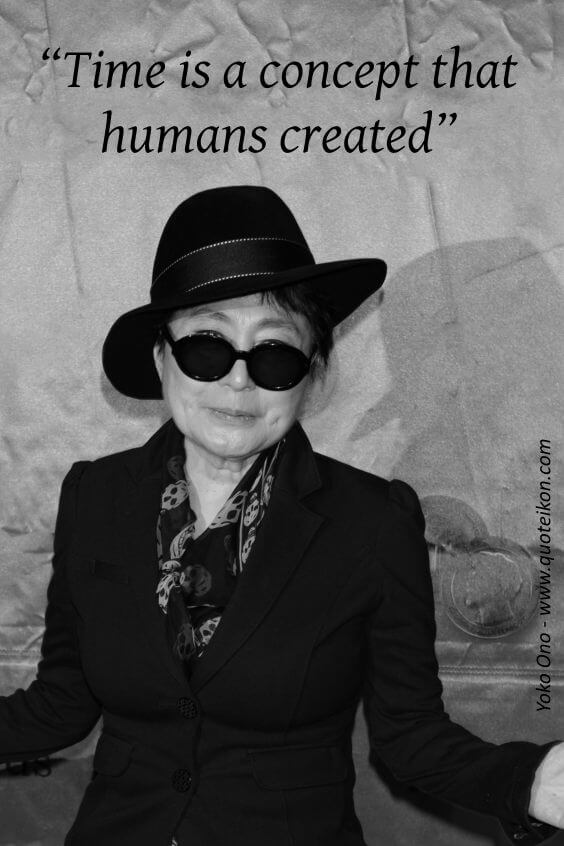