Paulette Goddard lifted herself out of a difficult childhood with the raw talent she had at her disposal and a burning ambition to elevate herself and her mother into a better lifestyle than they had endured.

As a young teenager she did seamstress work and was employed as a model for children's clothes for Saks Fifth Avenue and she even donned fashionable hats modeling for Hattie Carnegie. Paulette's heart was set on Hollywood and in 1926 she got a break that was her first step to achieving her dream, her uncle Charles Goddard introduced her to Broadway impresario Florenz Ziegfeld and she was given her first role as a dancer.

This just reinforced her resolve to be successful as an actress and it led her to receive numerous roles as extras in movies the late 1920's. Goddard was too talented to remain unnoticed for too long and Sam Goldwyn gave her her first break in the movie Whoopee in 1930 and she was now mingling in the circles of the Hollywood movers and shakers.

Further roles came her way and then she met Charlie Chaplin who was at the height of his career and he fell head over heels in love. They married in Canton in China and she graced the screen to much acclaim in a few of his movies and she secured a 10 year contract with Paramount Pictures starring alongside the likes of Bob Hope, Fred Astaire, John Wayne and Gary Cooper.

After her third marriage to Burgess Meredith ended in divorce in 1949 Paulette had a brief affair with Clark Gable, then at the time her movie star started to fade she met her 4th husband and the love of her life Erich Maria Remarque whom she remained with until his death.

Great actresses recite great lines but they are also good for one liners off the screen, so here is my compilation of 15 of the best Paulette Goddard quotes

Russell Birdwell, the head of Gone With The Wind producers Selznick's publicity department was quoted as saying: "I think she is dynamite that will explode in our very faces if she is given the part"

Burgess Meredith paid her a respectful tribute: "She was a fascinating woman. Paulette was a lively and talented lady, a very bright spot in my life"

Bob Hope was praiseful: "She turned out to be a fine actress. She was everything. She was beautiful. She was perfect"

The critic Pauline Kael described her thus: "She is a stand-out. She's fun" 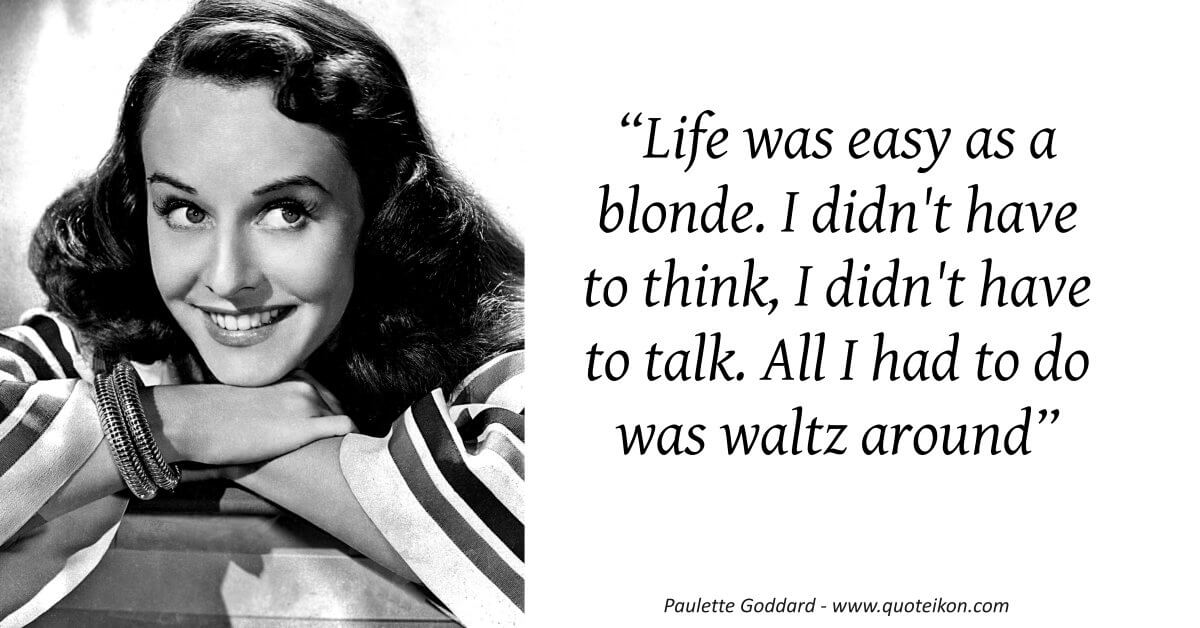