Bob Hope was the actor and comedian whose longevity on the stage spanned eight decades as he took the long road from his humble beginnings in Vaudeville to become a part of the showbiz establishment that saw him entertain eleven consecutive U.S. presidents from Franklin D. Roosevelt right up to Bill Clinton. Considered by many as the father of stand up comedy his routine was honed through his formative stage and radio years with his improvisation of set scripts that audiences loved and led to a successful career in movies and on television.

The spontaneity he brought to his late 1930's radio show was enthusiastically appreciated by audiences that had grown tired of the canned character routines as Hope brought some street credibility to the airwaves with his wise guy fast talking one liners. He later found the perfect acting partner for his routine in Bing Crosby as they embraced a brotherly like rivalry with great on screen chemistry in the "Road To" movies that started in Singapore in 1940 and culminated seven movies later in Hong Kong in 1962.

The Road movies were the front runners in the buddy movie genre of today with often loosely veiled plots that were transcended by the chemistry between the two co-stars and when combined with the added glamourous love interest served up by Dorothy Lamour it gave a deeper meaning to the gentle banter of on screen rivalry. No one in the history of show business put more time into entertaining the troops than Bob Hope, starting during WW2 he continued visiting service personnel based around the world for 50 years.

President John F. Kennedy awarded him the the Congressional Gold Medal in 1963 in recognition of the service he provided to the military and in 1980 he was honoured to become the only civilian to receive the United States Air Force Order of the Sword. In sport he had a long association with golf but few people realise he was a boxer in his younger days fighting under the pseudonym of Packy East, during his stand up routine he often joked about this time and was quoted as saying: "Some fighters are carried back to their dressing rooms, I'm the only one who had to be carried both ways".

His wise cracking charm saw him host the Academy Awards on 19 occasions as he quipped his way through some of the most iconic movie awards in the latter half of the 20th century. He was always good for a one liner so here is my compilation of 17 of the best Bob Hope quotes

John Steinbeck talked of his devotion to duty serving the troops in WW2: "When the time for recognition of service to the nation in wartime comes to be considered, Bob Hope should be high on the list"

Woody Allen said found him inspirational: "If I wanted a weekend of pure pleasure, it would be to have a half dozen Bob Hope films and watch them. He is a great, great talent, a guy who has been able to combine a thin story with great jokes"

His friend and fellow comedian Jimmy Durante playfully poked fun at their facial features by saying: "When it comes to noses, you're a retailer. I'm a wholesaler"

President John F. Kennedy lavished him with praise by saying: "America's most prized ambassador of good will throughout the world"

His daughter Linda Hope spoke of his motivation to make people laugh: "Beneath it all, he had a real desire to be a good actor, but I think if it was a choice between getting a laugh or dealing in a more emotional way, he'd go for the laugh" 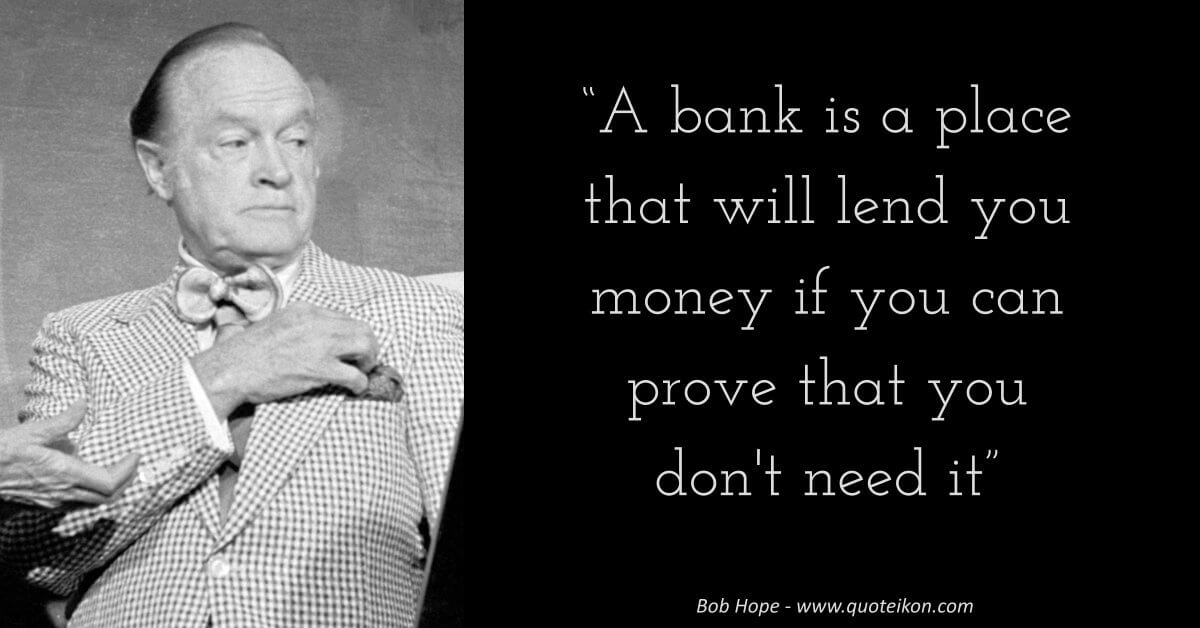